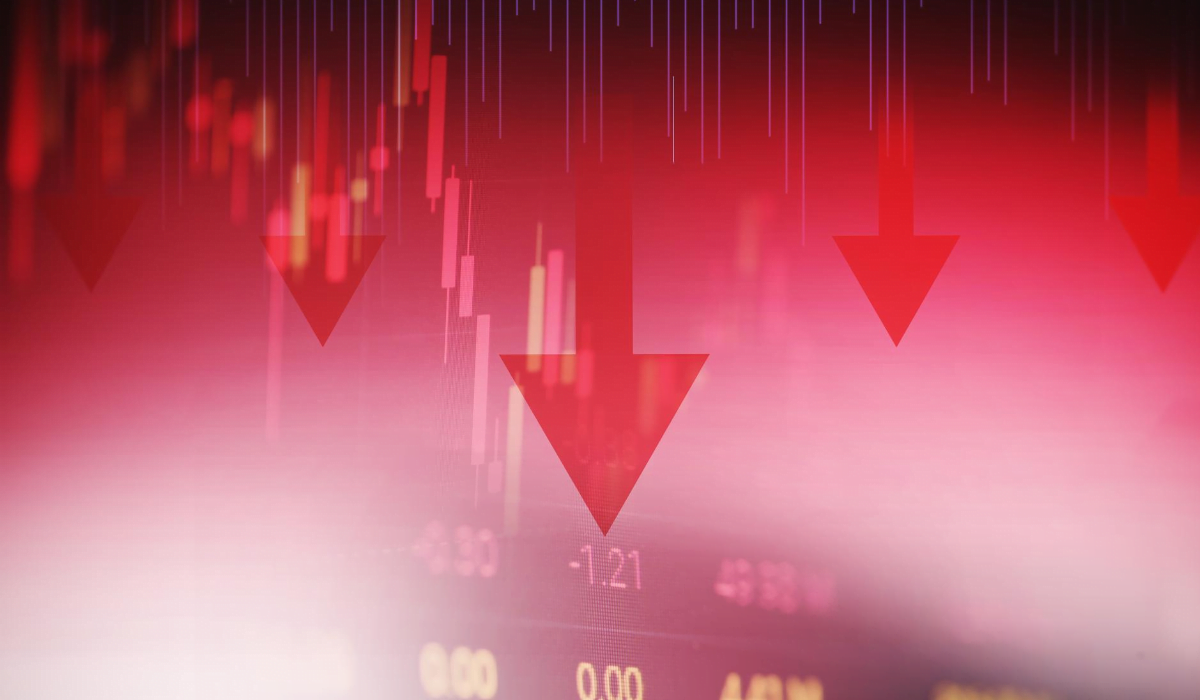 The Dow New York Stock Exchange ended lower last night (Sept. 16) as a jump in US bond yields dragged down interest rate-sensitive stocks. This includes technology and materials stocks. The impact of the surge in bond yields has extracted positives from the stronger-than-expected US retail sales report.

The Dow closed in negative territory after the yield on the 10-year U.S. Treasury rose to 1.331 percent overnight, putting pressure on interest rate-sensitive stocks. The 10-year US Treasury Bond is the benchmark for determining the price of debt securities around the world. This includes mortgage loan interest rates. If bond yields rise This will cause companies to face higher costs of debt repayment. This will result in these companies reducing their investment. and reduce dividend payments to investors

The surge in bond yields has also overshadowed the positives from a US Commerce Department report that said: August retail sales rose 0.7% month-on-month. Contrary to analysts’ expectations for a 0.8% year-on-year decline. August retail sales surged 15.1 percent, helped by pre-school spending in the United States.

Eight of the 11 stocks in the S&P500 index closed in negative territory, led by the Materials Index fell 1.09 percent, with Freeport-McMorran down 6.64 percent. 3.95 percent Alcoa Corp was down 4.36 percent, and Vulcan Materials was down 1.40 percent.

Energy stocks fell 1.06 percent after crude prices slid on reports that Gulf of Mexico oil production has rebounded after Hurricane Nicholas passed through Texas earlier this week. Exxon Mobil was down 1.06 percent, Chevron was down 0.94 percent, Halliburton was down 1.01%, and Occidental Petroleum was down 1.94 percent.

Technology stocks, which are sensitive to interest rates, fell after US Treasury yields surged overnight. Apple was down 0.16%, Alphabet was down 0.57 percent, Facebook was 0.23 percent, Nvidia was 0.44 percent, Intel was 0.53 percent.

Amazon, however, rose 0.36%, while luxury stocks rallied, including Capri Holdings, up 1.95 percent, and Ralph Lauren was up 0.45 percent after the U.S. Commerce Department report said. that The surge in online sales was a key contributor to the overall rebound in US retail sales in August.

Moderna shares jumped 1.42 percent after Moderna released new data from the results of a U.S. trial of the coronavirus vaccine, saying the vaccine’s immunity would decline after several months. This is the reason why the third dose of vaccination is encouraged to boost immunity.

For the US economic data released last night. The number of first-time claims for unemployment benefits rose 20,000 to 332,000 last week, the Labor Department said. It was higher than the 330,000 analysts had expected.

The US Department of Commerce said that Business inventories rose 0.5% in July month-over-month. in line with analysts’ forecasts after rebounding 0.9% in June

Investors will keep an eye on the Fed’s monetary policy meeting on September 21-22 for signs of a cut in the quantitative easing (QE) bond purchase program and a rate hike.