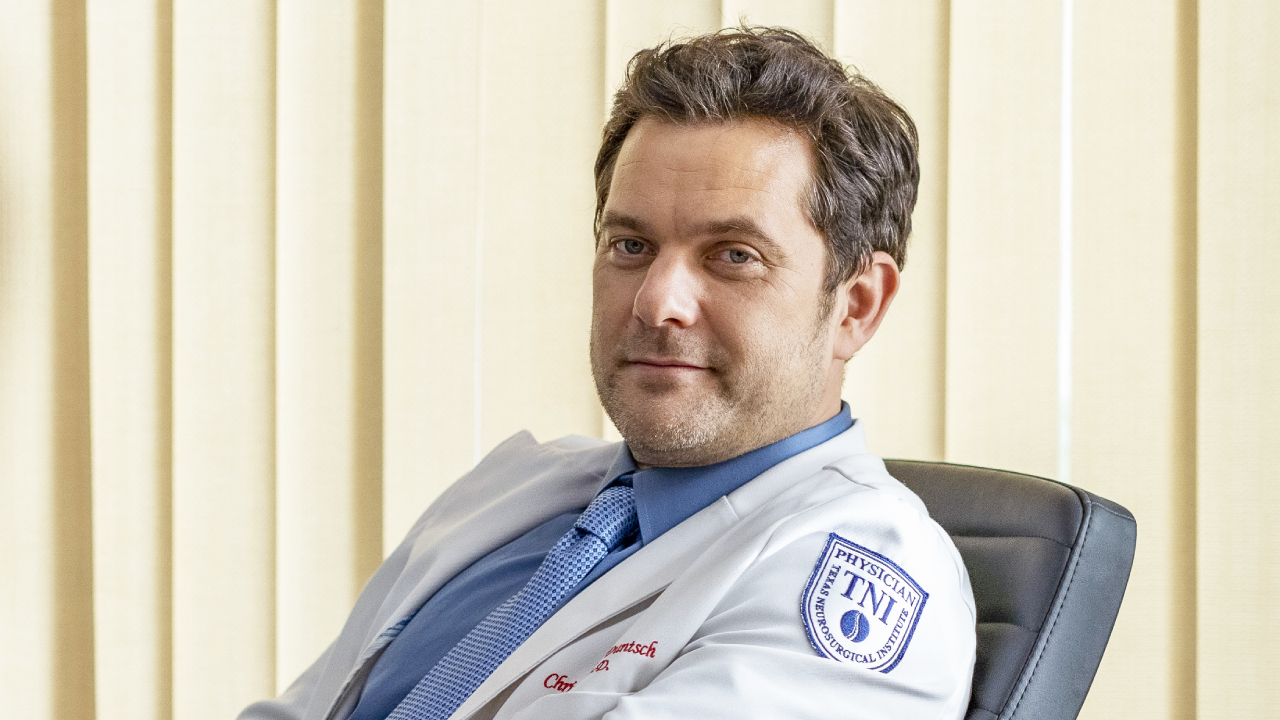 On the poster for the Dr. Death series on Starzplay in France, Joshua Jackson tells for AlloCiné how he slipped into the skin of a murderous surgeon and his relationship with his cult roles of the 1990s. Meeting.

Aired one episode per week on Starzplay, Dr. Death is a series that traces the true story of Christopher Duntsch, an American neurosurgeon convicted of gross professional misconduct resulting in the death and dismemberment of several patients. Meet the actor Joshua Jackson who slipped into the skin of this psychopathic murderer.

AlloCiné: You replace Jamie Dornan, who was originally to be the main actor of the series, off the cuff as Christopher Duntsch. Designer Patrick Macmanus told US Magazine that he knew you were perfect for the role. You agree ?

Joshua Jackson: I’ll take him at his word (laughs). Seriously, it was obviously a shock to the creative team to lose their lead actor. Once they had time to digest the news, I think I was Patrick’s second first choice.

And you know, it’s a pretty fun industry. Sometimes beautiful things fall from the sky. I think the show would have been great with Jamie and I’m so glad I had the opportunity to be on it. It was an incredible experience and I am very proud to have been part of this story.

Dr. Death on Starzplay: What is this drama about a real criminal surgeon played by Joshua Jackson worth?

Have you read up on Christopher Duntsch or had you listened to the podcast from which the series is taken?

I did both. One of the perks with this series, besides the incredible work the creative team did before I got on the project, is that the producers had been working on it for two years. So there was a lot of material to peel. And the podcast came out in 2018 and it was also very informative and exciting.

In addition, I had a few months of preparation before starting filming and the team provided me with the turnkey documents via a dropbox so I really had what to do to work on the character and know all the ins and outs. and the outs of the story. I have never had so many documents so well prepared in any other job that I have had before.

There is also some real work of physical transformation until that spooky ending shot on your face. How did you prepare?

Ah yes, this plan! I’m very proud of it but I think it will come back to haunt me in my old age because it is terrifying (laughs). But it’s true that the body is a great tool for an actor and it’s quite unusual to play a character over such a long period of time.

So I wanted to show that he really carried the weight of his life on his shoulders. As the psychological pressure of his existence breaks him, and he doesn’t admit that he is the problem, he drowns in drink, drugs, junk food, and he destroys everything in his life. so it has to be seen.

I imagine you have prosthetics towards the end of the series when Christopher Duntsch can no longer escape the authorities?

I think it’s brilliant to bring in women to direct this story, especially women who work in a male dominated industry, where I obviously had to deal with toxic masculinity, and let them be the eyes of the spectator on this man.

It’s interesting to see the “origin story” of this psychopathic surgeon, of this toxic man, with a feminine gaze, the three directors (Maggie Kiley, Jennifer Morrison and So Yong Kim) did a tremendous job to raise the profile. tension, especially in the scenes, almost horrifying, in the operating room, which are cold in the back. How did you work with them on these sequences?

It was easier at the start of the series and more difficult at the end. We have the same experience as the spectator, first we see the scenes in the block and we only see the sets and accessories and then we introduce the actors who play the victims and we put a face on the horror. And then it’s difficult to separate what is happening on the operating table and the result. It was more and more uncomfortable as the shooting went on.

And the specific point you made about telling a toxic masculinity story from a female perspective rather than a male perspective, I think it’s clever, that’s brilliant. But I hadn’t considered this point of view during the filming. I worked with female directors, period. I had not fully analyzed the thing.

But now that I’ve seen the show and thought about it a bit more, I think it’s brilliant to bring in women to direct this story, especially women who work in an industry dominated by men, and in which I obviously had to deal with toxic masculinity, and let them be the eyes of the beholder on this man. I find that all three of them have done a phenomenal job and that their job brings a lot more flavor and depth to the story we are telling.

In the series, you also have excellent playing partners, like Alec Baldwin, Christian Slater, Grace Gummer or Anna Sophia Robb …

When you have the chance to work with such a talented, committed team, it’s a wonderful feeling. Especially when you have to play a character as complicated as Christopher Duntsch. I felt a sense of camaraderie with the team, we supported each other a lot. It makes the job really great and enjoyable. It was a great experience and not only with the people in front of the camera but also with those behind because we were all there for the right reasons.

Even if Christopher Duntsch is the villain in the story, the series tells more than his journey, it also points the finger at the American health system which has generated and left many other Duntsch to work for stories of big money. What do you hope for reaction from the public?

I think the series will be received differently depending on the country. I imagine that the French will be completely hallucinated by the American health care system because it is so opposite to what they know. For Canadians – I’m a Canadian – it’s the same. In fact, it must be mind-boggling for all the countries in the world that have a public health system.

So I think the French will see in the series some sort of documentary about the absurdity of the American health care system. For the American public, I hope they will recognize, that we will recognize, that today’s system was not put in place for the benefit of the patient but for the benefit of insurance companies, pharmaceutical companies, hospitals and doctors. It does not promote benefits or healthy outcomes for patients. I hope the North American public will be angry with the unfairness of the medical system.

You’ve explored very different genres on TV between Dawson, Fringe, The Affair, In Their Look, Little Fires Everywhere and now Dr. Death. Is there another genre that you would like to explore on TV or a type of role that would make you want to?

There aren’t any specific roles I’m looking for, but there are loads of things I would love to do. I would like to make an adaptation of Slaughterhouse 5 or the Children’s Crusade, for example … in fact, I don’t put a limit on what I would like to do. At this point in my career, what drives me is the right story and the right people. Because when the job is cool, it’s really cool. But when it’s lousy, it sucks. And I don’t want that kind of work anymore.

Right now, the 1990s are back in force in pop culture, with reboots, remakes, sequels, … The Little Champions film trilogy, of which you were the hero, now has a sequel in series on Disney +. Did they call you to make an appearance in remembrance of the good old days?

I’ve lived long enough now not to be nostalgic but to be nostalgia (laughs). My first job as an actor was in 1989! And for the Les Petits Champions series, they did call me. I was in the middle of filming Dr. Death so I couldn’t accommodate their request. I know there are a few of the older ones who shot a few episodes last year but I think it’s great that a new generation is in place. The Little Champions lasted for a while, like Dawson City for a while. And I think it’s good that there is a new story for a new generation of children.

It’s the reunion fashion too, like with Friends, I understand you didn’t think a Dawson reunion was necessary. It is with this series that the French public really discovered and loved you, are you aware that the role of Pacey was memorable for many people? I was Team Pacey, like an overwhelming majority.

To be completely honest, I don’t think about it that often. I am very happy and proud that Pacey, and by extension the Dawson series, was so important but I do not launch into analyzes to know why it marked and counted so much. But I am still very proud of it.