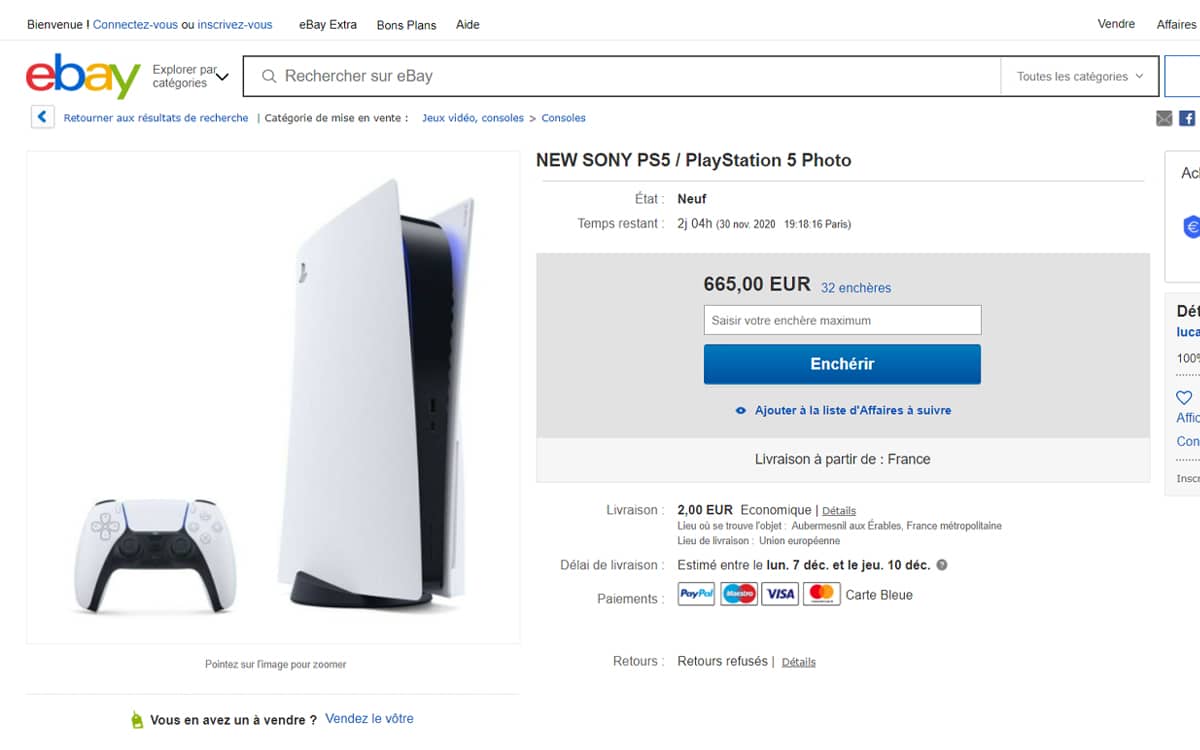 The PS5 is probably one of the most demanded and sought after products at the end of 2020. Unsurprisingly, scams and scams around the Sony console are on the increase on the Internet, and particularly on resale sites. like eBay. The platform has just declared war on false announcements.

The PS5 is officially available in France since November 19, 2020. As you probably know, the new console from Sony is one of the most sought after and most requested products at the end of 2020. Since the launch of the PS5, and even since the opening of pre-orders in September 2020, the scams and the scams around the machine of Sony do not cease multiplying on the Web.

At that time, it was not uncommon to find PS5s over 1000 € on eBay and Amazon. The lucky ones who managed to pre-order the console quickly realized that it was possible to make easy money, by reselling their pre-order for a price of gold. Now that the console is out, speculators armed with bots have taken over, not hesitating to buy consoles by the hundreds and thus depriving players and families who just want to find a console at the foot of the tree.

Ads for photos, boxes… Everything except the PS5

Apart from ads for PS5s at astronomical prices, fake ads and scams are on the rise, especially on eBay. On the platform, just type Playstation 5 Photo to find 324 bids. None of them offer the console, but only a photo. Resellers thus rely on the naivety and credulity of buyers to rip them off as they should.

In a different style, there are even hundreds of ads for a PS5, or rather to try to win a PS5. A user sells for example raffle tickets to win a PS5, while another simply offers a empty cardboard box.

In his case, the description of the ad makes you smile: ” Don’t sell a PS5. The winning bidder will receive an empty box that represents how sad and empty I feel. The money I will receive from this winning auction will go towards buying a PS5 from one of those selfish bastards on eBay (ndrl: it refers to speculators) ”, he writes.

Faced with the situation, eBay has decided to officially take the floor : « We condemn these opportunistic sellers who try to mislead other users. We are in the process of removing all ads for PS5 photos from our market and we will take appropriate action against sellers. […] buyers should exercise caution and read the listing description carefully ”, recalls the e-commerce platform.