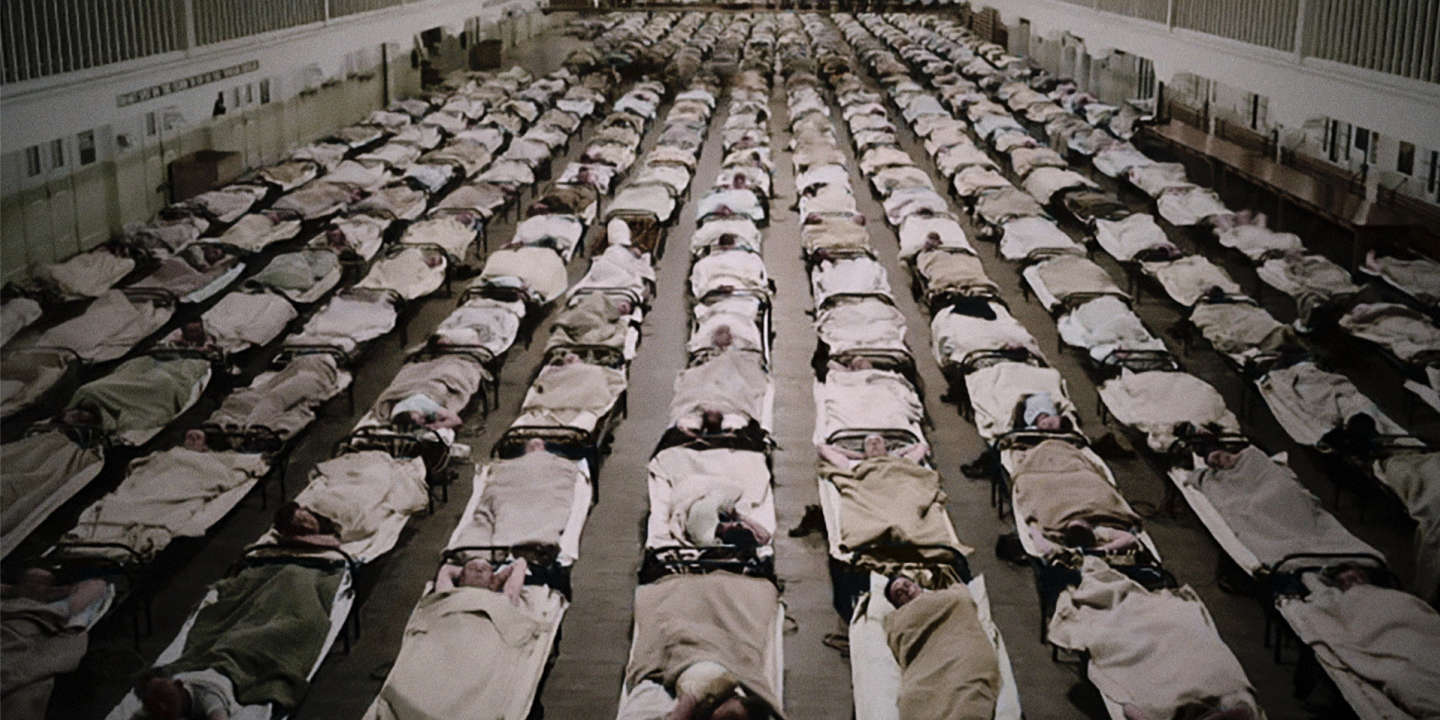 Non-existent barrier gestures, very limited health instructions, overcrowding in transport and public space, mutant viruses, overwhelmed hospitals, cascading deaths. On the images that pass, patients in a bad state, haggard doctors. Covid-19? No, Spanish flu. You have to go back a century and dive with amazement into this documentary devoted to an event as dramatic as it is rarely detailed, in this case the flu which, between March 1918 and mid-April 1919, probably claimed more than 50 million victims in across the planet.

“The Spanish flu has long remained a repressed event of our collective unconscious, underlines Paul Le Grouyer, co-author with Lucie Pastor of this documentary illustrated by often unpublished black and white archive images, dating back more than a century. Crushed by the memory of the First World War, history had reduced it to a simple epiphenomenon. It took the outbreak of Covid-19 for us to take an interest in this contemporary evil again. “

From the first death, in this case an American soldier in the Funston camp (Kansas), on March 4, 1918, to the unexplained end of the epidemic eighteen months later, we follow with astonishment the evolution of this flu. global killer. In March 1918, it was first a question of winning the war. It is not a bad flu that should prevent the transport of troops, which have become gigantic epidemic centers. The number of victims may increase at breakneck speed, but reality is hidden from the crowds. And the soldiers are crammed into boats with questionable hygiene, to send them across the world …

Censorship of the world press is total until a neutral country, in this case Spain, speaks about it. Imported by seasonal workers returning from the south of France, the virus is wreaking havoc, especially in Madrid. From the end of May 1918, the international press agreed to talk about it, while minimizing the devastating effects of this terrible flu, now called “Spanish”.

Some observers are trying to act. In Manchester, Doctor James Niven is sounding the alarm, advocating hand washing and social distancing. In vain. The war is not yet won, the rest will wait. And within weeks, the killer flu spreads everywhere, in a world that is taking no effective action to fight a flu that has turned into a pandemic.

In less than a year, the African continent will have 2.5 million dead

In the summer of 1918, the virus mutated and its variant turned out to be much more formidable. The second wave is wreaking havoc and now Africa is affected. In less than a year, the continent will have 2.5 million deaths. In the fall, the British Indies experience a massacre. This second wave provokes a general awareness but too late. In Europe, businesses and public places are being closed. In Japan, the wearing of a mask is compulsory in town. The great war is finally over, but the virus is still there.

Australia was affected by the disease at the end of December 1918. In 1919, Brazil was affected. Then suddenly, eighteen months after the death of the American soldier on March 4, 1918 in Kansas, the flu disappeared. Without a vaccine, without an effective health policy, collective immunity is reached. At what price…

The Spanish Flu, the great killer, documentary by Paul Le Grouyer and Lucie Pastor (Fr., 2021, 53 min). Broadcast as part of the “Infrarouge” program on France 2.