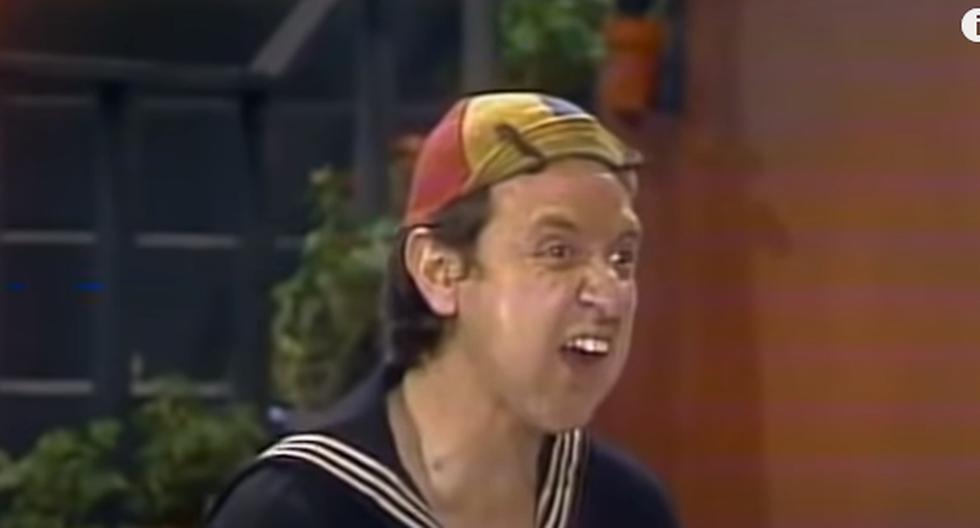 “El Chavo del 8”, the successful television series created by Roberto Gómez Bolaños, has left us very beloved characters that marked several generations. One of the most popular is Quico, played by the actor Carlos Villagrán, who with his antics made both adults and children laugh out loud.

Quico is the only son of Mrs. FlorindaHe has everything to himself and his mother has instilled in him the belief that the neighbors there are not up to him. However, Quico is not convinced of it. He is an orphan of a father, since he, who was an officer in the Mexican Navy, died when his ship wrecked and was eaten by a shark (or a whale).

Although he has good feelings and is very affectionate at heart, Quico He is an extremely conceited, conceited and manipulative child, he demands all the attention for himself and does not skimp on anything to achieve it. He is a friend of Chavo and Chilindrina, although he fights with them many times.

Without a doubt, the character of Carlos Villagrán is one of the most popular in the neighborhood. After “El Chavo del 8” came to an end, Quico continued to appear in other television projects. It was even going to have its own program but a reason prevented it. What happened? Here we tell you.

EL CHAVO DEL 8: THE TIME A PROGRAM ABOUT QUICO WAS FAILED BY A CONDITION REJECTED BY CARLOS VILLAGRÁN

Quico, played by Carlos Villagrán, is one of the most beloved characters of “El Chavo del 8”. Thanks to his popularity, Quico was going to have his own program on Televisa, but the project did not materialize due to disagreements.

During an interview with David Estrada, Roberto Gómez Bolaños said that Carlos Villagrán wanted to do a program about Quico. Chespirito decided to support his colleague’s idea, with the only condition that the acknowledgments acknowledge that he is the creator of the character.

However, this did not please Carlos Villagrán. Roberto Gómez Bolaños revealed that the actor did not accept the condition because he affirmed that he was the creator of the character, a situation that caused the end of the employment relationship between the artists.

Roberto Gómez Bolaños recalled when a Televisa producer approached him to comment on the actor’s new project: “Hey, Carlos Villagrán came and says he wants to do a program with Quico. Do you give your authorization? And I said yes. How many do you want to charge for the rights? I said: no, nothing. Just say “I thank Roberto Gómez Bolaños for the authorization to use the character of his creation.” Then he came back and said that he did not accept that condition, that because he was the creator. So I already said goodbye to him and he left ”.

After the departure of Carlos Villagrán from the cast of “El Chavo del 8”, he could not reincarnate the character with the name of Quico, because the rights of the character were held by Roberto Gómez Bolaños.

Then the actor decides to rename him Kiko, by doing this, he gets rid of a possible lawsuit from Chespirito since the copyright does not contemplate “The use of similar words that sound the same as the registered word.”

From 1981 to 1986, Villagrán worked on three projects with the character of Kiko in Venezuela. The first was “The paper boy”, the second was Federrico with Ramón Valdés, focused on the character’s adventures. The third was Kiko Botones in 1986, it showed the character as a bellboy in a hotel in Caracas (he represented a Kiko as an adult, but with a childish mentality).

In 1987, Carlos Villagrán received a proposal from Channel 13 to carry out his own program called ¡Ah qué Kiko !, along with Ramón Valdés, however due to the health of his partner the project was suspended for a short time to be taken up by Sergio Ramos is now working on the plot for “Don Cejudo.”