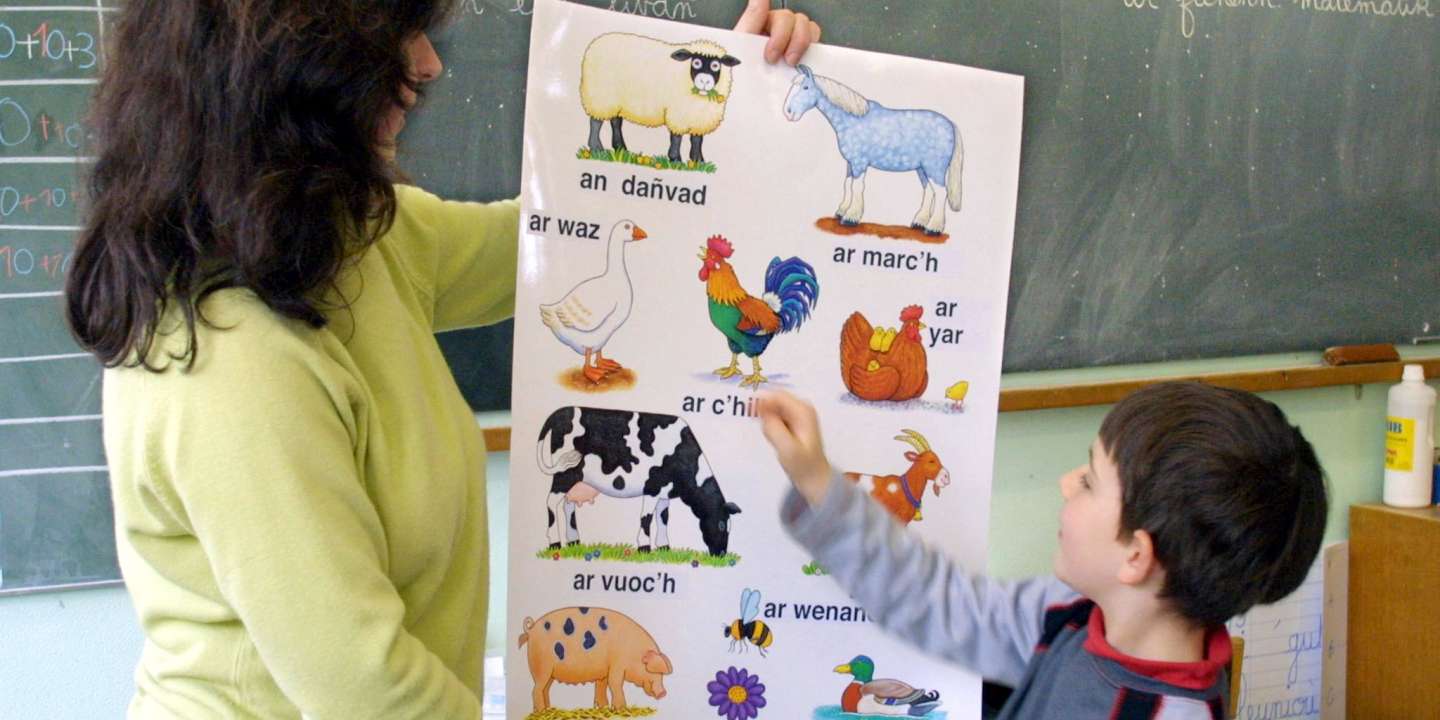 It must have been a good-natured gathering to celebrate the end of the Redadeg, this relay race that crosses Brittany to defend the Breton language. Finally, the organizers are preparing, Saturday, May 29 afternoon, in Guingamp (Côtes-d’Armor), the parade of a procession of several thousand demonstrators. “We are angry and disgusted. We spend our time and energy tinkering for the survival of Breton while some, in Paris, do everything to complete our language ”, annoys Fulup Kere, co-president of Redadeg.

As in Pau, Bayonne, Perpignan, Bastia and in dozens of cities, the Breton gathering will denounce the “Jacobin defiance” towards the law on the preservation and promotion of regional languages. This text carried by the Morbihan deputy Paul Molac (formerly La République en Marche, Libertés et Territoires) was retested by the Constitutional Council on Friday, May 21. The institution declared two major sections of the law unconstitutional: immersive education and the use of diacritics such as the tilde (in the first name Fañch for example) in civil status documents.

Article reserved for our subscribers Read also Seized by the majority, the Constitutional Council censures part of the bill on regional languages

The decision annoys all the more that the Constitutional Council was seized after the vote in second reading in the National Assembly, on April 8, by sixty parliamentarians of the presidential majority encouraged by Jean-Michel Blanquer, Minister of National Education. A “Maneuver of a centralizing state” experienced as a ” stab ” by Breton elected officials from all sides and particularly for “walkers”. A “New aggression” for activists.

In Brittany, the incomprehension goes far beyond the political and Breton circles. In the cultural, economic, associative fabric… many Bretons feel concerned. “To attack Breton is to attack Brittany. This episode is experienced as a negation of Breton identity. The love of our region unites us all in these times when social ties are failing ”, notes Jacques Delanoë, chairman of the board of directors of Stade Rennes. Like many companies, associations or institutions, the football club of the Breton capital relies on regional symbols to unite. Mostly non-Breton speakers, Rennes supporters sit, for example, in a stadium renamed, in 2015, “Roazhon Park” and listen to the Bro gozh ma zadoù, the official Breton hymn, before each meeting. These identity markers are welcomed as obvious by regulars, as the feeling of belonging to the region is shared and assumed in the peninsula.

You have 57.97% of this article left to read. The rest is for subscribers only.