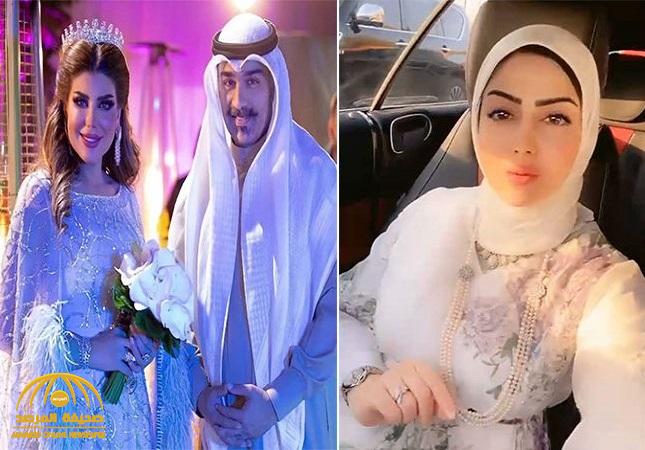 Al-Marsad newspaper: The Kuwaiti media, Mai Al-Aidan, confirmed that she contacted her compatriot, artist Ilham Al-Fadala, to talk about resolving the issue of her being a second wife, or whether she married the Kuwaiti artist Shehab Jawhar, who is divorced to his wife.

Al-Aidan said, in the message that she posted on her account, that she entered her via private mail as one of the followers, adding in her comment: “Throwback when I entered the inspiration of Al-Fadala, I awoke and responded to me.”

In the letter she wrote, Ilham Al-Fadala explained that her husband, Shehab Gohar, is “divorced”, and he had been in family problems with his first wife for two years, and that when he asked her for marriage, he assured her that he had nothing to do with his ex-wife and mother of his children.

And Al-Fadala continued: “The riyal is absolute, they have had problems for two years, I mean, before he did not know me, and when he engaged me, he said absolute, and I was sure, God, I agreed.”