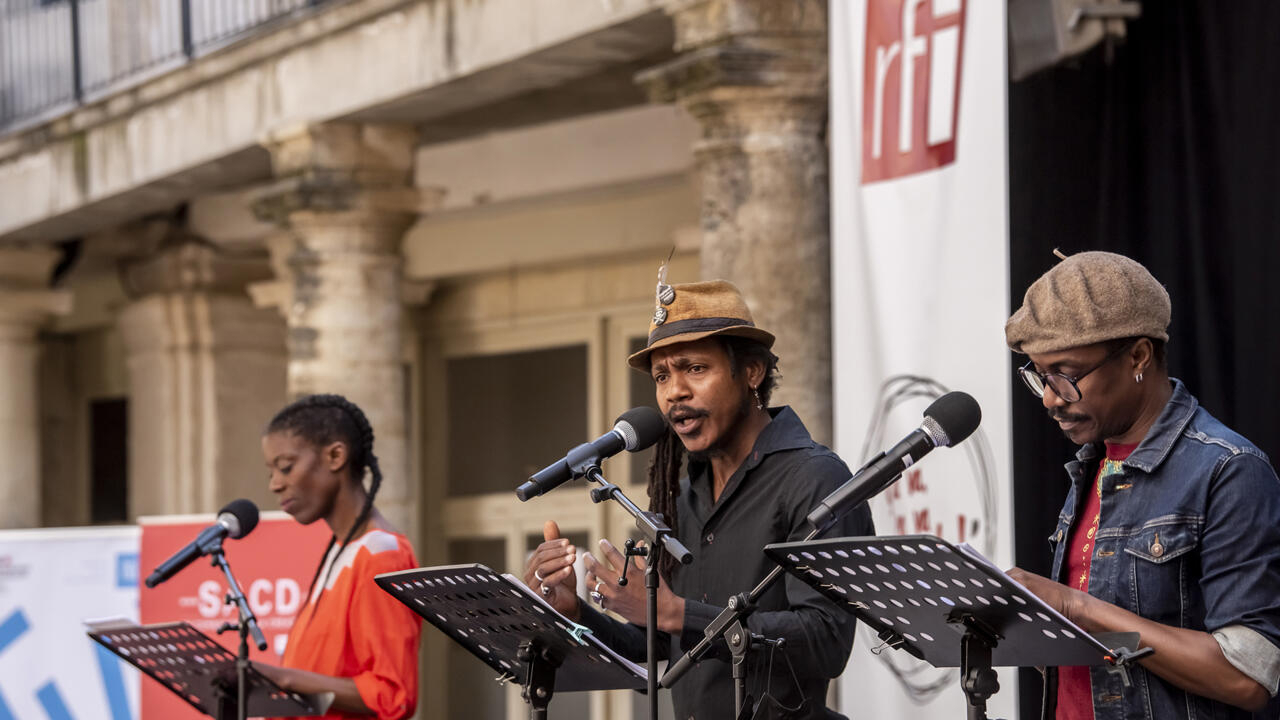 Two men find themselves stranded in the fiery streets of Port-au-Prince, the daily newspaper of every Haitian for three years. In a climate of insurrection, evoking state crimes and feminicides. An intimacy is created, perhaps a friendship, born of fear. The starting point of this text is the death of Regina, a photographer whom the author knew well, killed in 2015 by her companion on a sidewalk in Port-au-Prince. ” From this moment, she says, I could not help but think of this environment which condones this violence. I wanted to write a man’s word. A sincere or foolish word “. Between January and March 2021, ten cases of feminicides were identified. No legal action.

Your kingdom come is the second text by this young playwright who is also a journalist, actress, comedian and co-founder of “Acte”, a drama school in Port-au-Prince. After her classical studies in 2006, Gaëlle Bien-Aimé joined “Le Petit Conservatoire, school of theater and speech arts in Haiti” where she spent three years studying the performing arts. In 2010, she began to follow internships in Ethnodrama “Theater and Ritual” at the ESACT in Liège. In Haiti, she created her company “Body and soul”. She is also a political activist and member of the feminist organization “Nègès Mawon”.

On the proposal of Francophonies-Des Ecrures à la scène, and of the House of Authors of Limoges where the text was written during a writing residency.

The cycle is coordinated by Pascal Paradou, deputy director of RFI in charge of cultural operations and Francophonie, and directed by director Armel Roussel whose company (e) utopia participates in the production with the support of Wallonie Bruxelles International. It also benefits from the support of the SACD, within the framework of its radio cultural action and of the French Institute.

Writing and coordination on rfi.fr: Siegfried Forster (with the collaboration of Sonia Borelva).