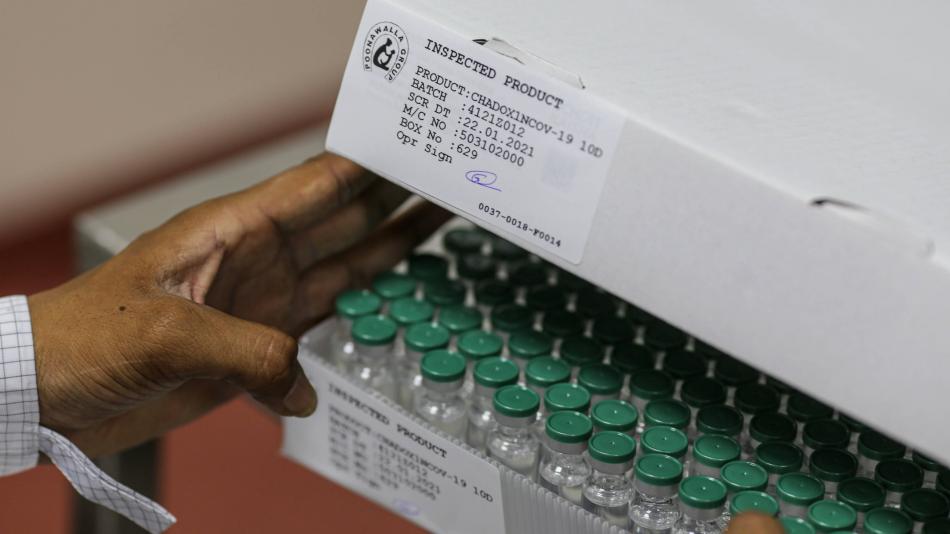 The European Commission published this Friday a restricted version of the contract signed with the AstraZeneca laboratory for the advance purchase of vaccines against covid-19, to show that the company is in breach of the agreement.

(You may be interested in: Why is there controversy in Europe after delay in the delivery of vaccines?)

The EU and the laboratory have been in controversy since last Saturday over the delays announced in the delivery of vaccines. The advance purchase contract is for up to 400 million doses and the delays are due to problems at a plant located in the block.

Taken from the official website of the European Commission

However, the European Commission requires AstraZeneca to comply with the signed commitments, using the two plants that the pharmaceutical company has in the United Kingdom.

With the publication of the document, in which some confidential parts are not visible, Eric Mamer, the spokesman for the Commission, said that it is shown that the contract includes the AstraZeneca factories in the United Kingdom and that “these will contribute to the effort (.. .) to deliver doses to the European Union “(EU).

The disclosure was agreed with the pharmaceutical company itself, which, for its part, tries to prove that the reasons for the delays in deliveries are provided for in the agreement.

“Brussels demanded that the pharmaceutical company divert part of the production on British soil to cover the demand on the continent, but the company has defended at all times that London signed its contract two months before and should receive the entire amount committed”, which then I would give it priority, according to the newspaper The country.

On the other hand, Mamer said that the disclosure of the contract would prove that AstraZeneca was committed to a clear delivery schedule and not simply to make “the best efforts” to fulfill the EU contract, as the head of the laboratory had indicated.

(Read here: Alert for bomb in vaccine factory against covid-19)

AstraZeneca is committed to making all reasonable efforts to develop the capacity to produce 300 million doses of the vaccine.

The text does confirm that AstraZeneca committed to making those efforts to achieve production and distribution goals, but the EU alleges that this legal expression refers to a time when it was not yet certain to reach an effective vaccine against covid-19 .

“AstraZeneca is committed to making all reasonable efforts to develop the capacity to produce 300 million doses of the vaccine, without profit or loss,” states the contract, which mentions the EU’s option to order an additional 100 million doses.

Thus, the president of the Commission, Ursula Von der Leyen, said this Friday that the idea of ​​doing the maximum was applied “when there was still no certainty that a vaccine would be developed. That point has passed. The vaccine is there (.. .) and there are extremely precise quantities of deliveries in the contract. “

Von der Leyen also previously announced the publication of the document. “We want to publish it today (Friday), we are in discussions with the company about parts of the contract that should remain hidden,” the official told German radio Deutschlandfunk.

AstraZeneca has committed to delivering two million doses per week in the UK, and we don’t expect that to change

For his part, the general director of AstraZeneca, Pascal Soriot, offered an interview on Tuesday and in it made statements that in the opinion of the EU advanced towards the disclosure of central aspects of the contract.

The European Medicines Agency (EMA) should announce this Friday its position on the authorization of the use of the vaccine developed by AstraZeneca with the University of Oxford.

(Read also: The Netherlands experiences riots due to the curfew due to covid-19)

The vaccine had already been the subject of a controversy after information was released in Germany about the advisability of not using it in people over 65 years of age, although the same vaccine has already been applied for weeks in the United Kingdom to people in that age group. age.

For his part, British Prime Minister Boris Johnson has already announced that he does not expect changes to AstraZeneca’s local vaccine delivery programs. “AstraZeneca has committed to delivering 2 million doses per week in the UK, and we don’t expect that to change,” Johnson said.

– Controversy in Portugal over priority to politicians for covid vaccine