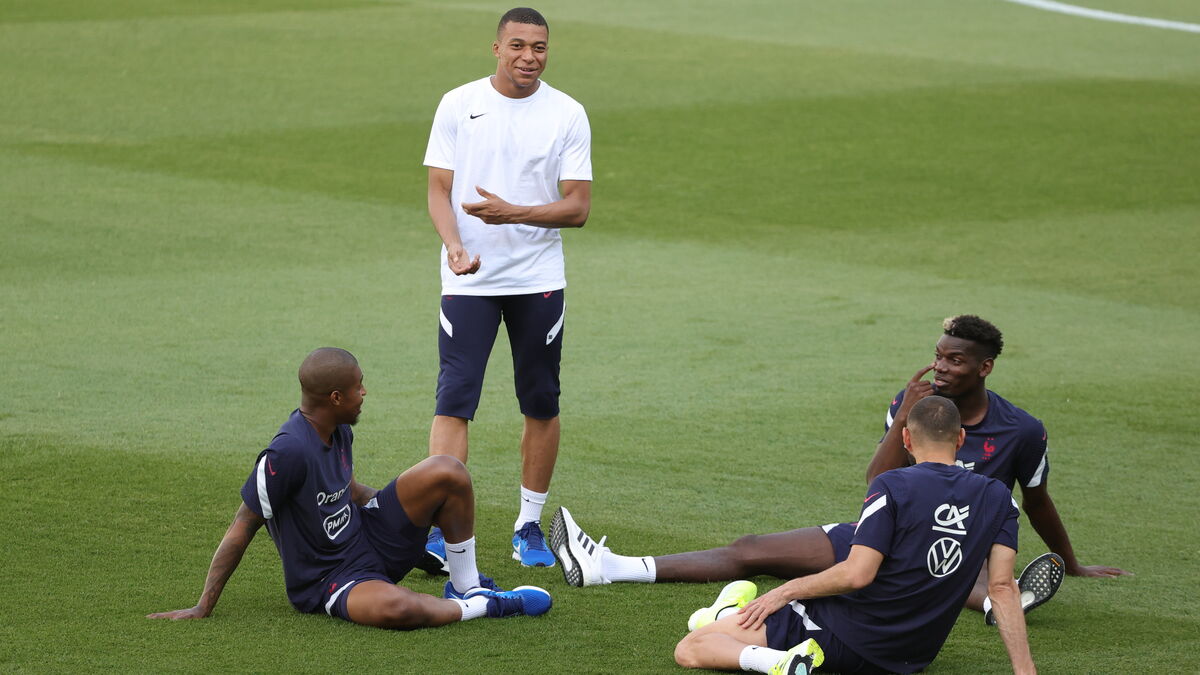 He crosses this first Euro like a dream. Against Portugal, he was able to meet again one of his idols, Cristiano Ronaldo, with whom he was able to converse, especially after the match, with a look full of admiration. Kylian Mbappé is probably aware that the Portuguese’s agent, his compatriot Jorge Mendes, is working behind the scenes to squeeze the five-time Ballon d’Or France Football at PSG next season. Juventus Turin, that’s how it is, no longer wants it. But not sure that the two stars spoke about the Eiffel Tower and Camp des Loges.

Mbappé loves the game, loves football more than anything, and each prestigious meeting, like this final before the hour that France – Portugal will have been the poster, allows him to share some emotions with his models. Against Barcelona in the round of 16 of the Champions League, the International striker (47 caps, 17 goals) had the same pleasure to exchange with Lionel Messi, the iconic Argentine star.

The dream continues, therefore. Really ? But finally, we hear in authorized circles, Kylian Mbappé has still not scored in the competition, which would establish a limit, even a border, between a successful tournament and another, missed. Obviously he is waiting for this goal which will change the scenery, and the sooner the better, while he had only unlocked his counter during his second World Cup meeting, a France-Peru (1-0) who has everything changed, for the Blues as for him.

Would it feed a form of frustration? “Annoyed, I don’t think so,” replied his partner of the France team, Raphaël Varane, questioned this Sunday during Telefoot on TF 1. He’s an attacker, attackers need to score, to have that little extra confidence. We hope that our forwards will still score a lot of goals for the games that follow. “

Kylian Mbappé lives these moments very well because his matches are good, because he will have proved that he knew how to comply with all registers. Involved in three of the four goals of the Blues so far, he delivers consistent games. Would the environment have the same look with a doubling on his part but any benefits? Still, he gets involved in positions and patterns where his qualities are not always highlighted.

His game without a ball since the start of this Euro has surprised for the better, as the Swiss would say. What to soften the criticisms on his defensive work, his folds. No wonder, then, that he sometimes ran out of juice in the last half hour to accelerate and create differences. Against Germany, he grilled politeness more than once but a recalcitrant VAR prevented him from benefiting from a goal or an assist. However, his performance went in this direction.

In the 3-5-2 which is announced for this round of 16, he should find a place closer to his qualities. The top scorer in Ligue 1 flourishes above all near the goal. The system against Portugal did not really make the most of his attacking profile which stretches the defenses, gives breadth to the game, surrenders and combines in small spaces. Twice he found himself in the last thirty meters. The first, he found Rui Patricio on a brushed first strike that he perhaps should have controlled before shooting. The second he got a penalty. Two balls, two occasions: the idea would be to amplify the movement. The organization against Switzerland should finally allow it.

Against the neighbors, he will once again be associated with Karim Benzema, the other enchantment of his Euro. Mbappé discovers the Madrilenian in “real life”, he who carefully follows the outputs of Real Madrid for a long time. He has fun at his side, the former Lyonnais offering him perhaps the richest technical mirror in which he has been reflected since the start of his career, between Monaco, PSG and his matches in blue. A pass from one for a goal from the other? The story would look like a first achievement in the competition.