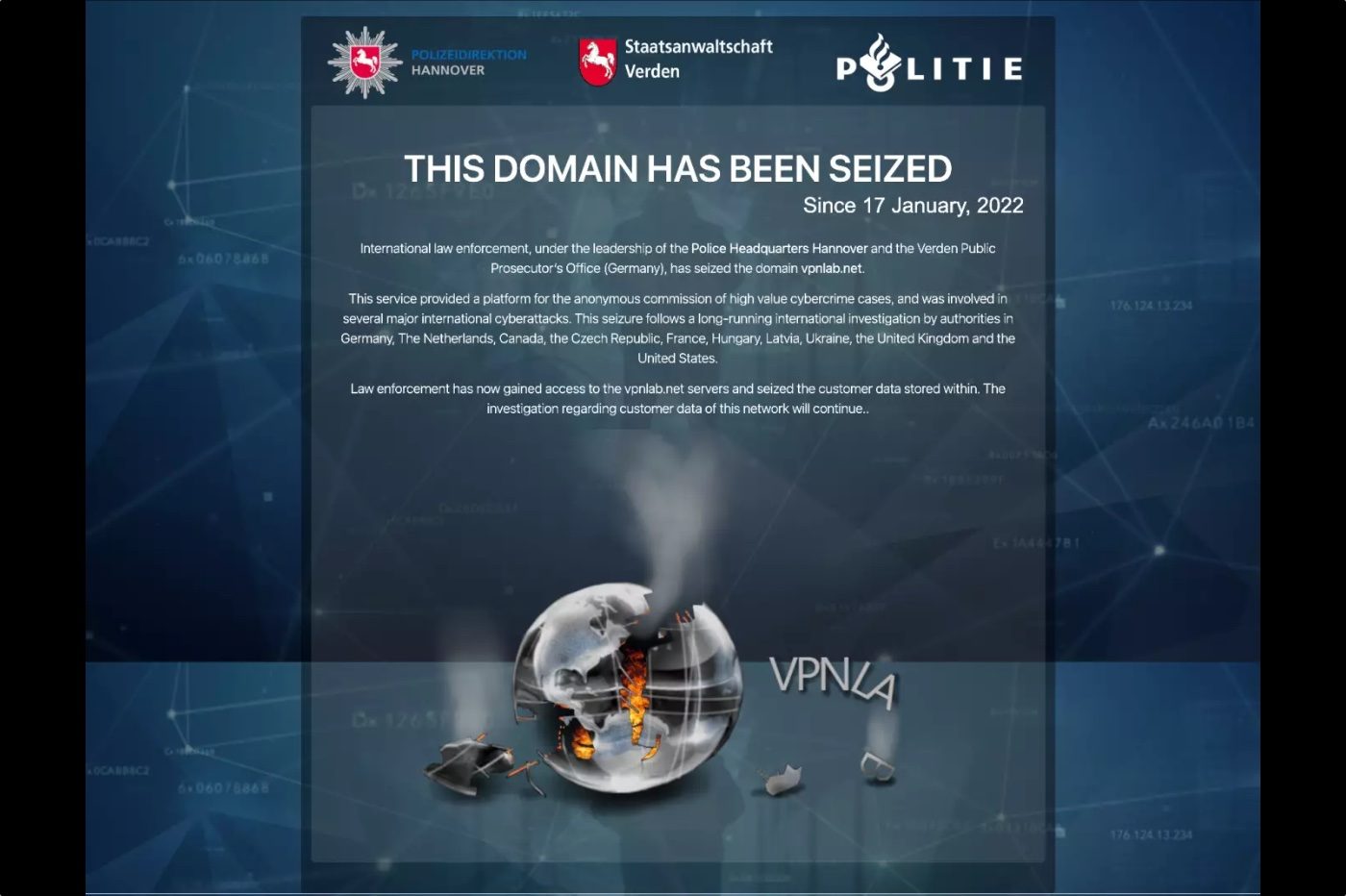 Europol shut off VPNLab’s tap. This VPN provider was used by cybercriminals to conduct ransomware operations in stealth. They will have to find another service.

Police authorities in several countries organized raids on January 17 to seize or disrupt the fifteen servers that hosted VPNLab services. This VPN is now out of harm’s way. Supervised by Europol, the police operation mobilized law enforcement in France, Germany, several other European Union countries, as well as the United Kingdom, Canada, and the United States.

A known VPN in the Dark Web

Established in 2008, VPNLab.net was a favorite haunt for cybercriminals who could use the VPN (based on OpenVPN technology) encrypted in 2048 bits. Virtually, the hackers were therefore able to carry out their abuses anonymously. The service cost a minimum of $60 per year, a pittance considering the damage caused by computer attacks carried out from VPNLab over time.

Joint action by 10 countries and Europol has led to the takedown of https://t.co/zn5A8ASvQm – a VPN service used by criminals for deploying cyberattacks. 💻👮‍♀️👮‍♂️https://t.co/P7nHlA1Q5C #EMPACT @Eurojust @EUHomeAffairs

The authorities began to take an interest in VPNLab after several investigations involving the service: distribution of malware, ransomware campaigns and the deployment of this type of malware which seriously handicap companies and sensitive infrastructures. VPNLab was known on the Dark Web, where its name came up often — and sometimes even in the form of advertising.

Europol’s investigation has also identified a hundred companies likely to be the target of such attacks. The police work with these victims to limit the risks involved. In France, it is the Sub-Directorate for the Fight Against Cybercrime at the Central Directorate of Judicial Police (SDLC-DCPJ) which took part in the operation.

Our opinion : One of the best VPNs on the market!

Our opinion : An excellent VPN with a very large network

Test – Windjammers 2: The successful revival of an SNK classic