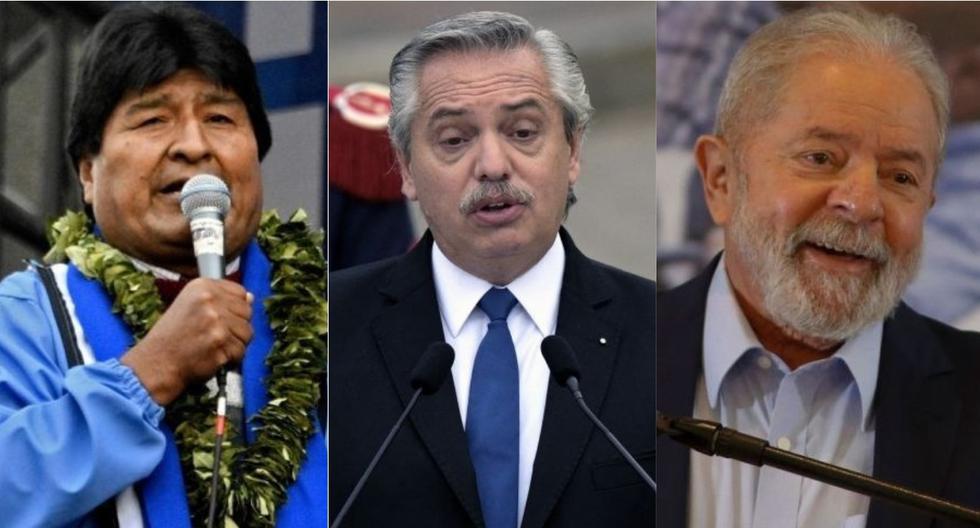 The National Office of Electoral Processes (ONPE) It has not yet finished counting the votes of citizens in Peru and abroad, nor has the National Elections Jury (JNE) finished resolving the challenged votes. However, leftist leaders like Evo Morales, Lula da Silva Y Alberto Fernandez They intend to give as president-elect to Pedro Castillo, from Free Peru, versus Keiko Fujimori, from Popular Force, generating a climate of instability.

“Getting involved in the internal forum as visible actors of their countries is a clear interference in internal affairs and when I mean interference with heads of state, it is precisely from Argentina. In the other cases they are also creating a destabilizing framework and in all of them what they absurdly believe is to legitimize a candidate internationally when there are still no results. That is international hallucination because no one could legitimize anything as long as the JNE does not proclaim a winner based on a result dictated by the ONPE “, the internationalist told this newspaper Miguel Angel Rodriguez Mackay.

According to the analyst, awarding a presidential candidate as the winner without any opinion from a constitutional body it’s a pressure that does not contribute anything to the tranquility of an extraordinarily polarized country shortly after a final result in the midst of challenges to the minutes presented by Fuerza Popular and Peru Libre.

Let us remember that the president of Argentina, Alberto Fernández, congratulated, through his Twitter account, Pedro Castillo, calling him “President-elect of Peru”. Given this, the Peruvian Foreign Ministry sent a protest note to the Argentine ambassador with the precision that “the final results of the 2021 General Elections have not yet been announced by the electoral authorities of our country ”.

Today I contacted @PedroCastillo, president-elect of Peru. I expressed my wish that we join forces in favor of Latin America. We are deeply twinned nations.

I celebrate that the dear Peruvian people face the future in democracy and with institutional solidity. pic.twitter.com/vKaKpdBdik

One of the politicians of the foreign left who has spoken the most about the electoral elections in Peru is the former president of Bolivia Evo Morales, who after congratulating Castillo on his “victory”, was encouraged to even advise him not to trust the Organization of American States (OAS) or the secretary general of this institution, Luis Almagro.

From my experience, I suggest to comrade Castillo not to trust the OAS or Luis Almagro. All institutions and the international community must respect the result of the sovereign will of the Peruvian people.

“Evo Morales, used to their tricks, contributes to creating a destabilizing climate. It is an irresponsible act of a former head of state and that it gets involved in the Peruvian domestic front to destabilize, creating an expectation that does not exist in the imaginary yoke in Peruvian society, that there is a winner when that is not true “said Rodríguez Mackay.

According to the internationalist, behind the triumphalist pronouncements of the foreign left is the Sao Paulo Forum, a continental organization created by the Cuban dictator and the Brazilian trade unionist Lula da Silva, head of the Brazilian Workers’ Party.

LOOK HERE: Vladimir Cerrón at the Sao Paulo Forum: “Fidel Castro is a living example in our society” (VIDEO)

“It seems that the Sao Paulo Forum is the Chancellery of the Latin American left that digs everything and create these pseudo electoral victories that do not exist and that only an official result can refer it. He is used to subverting order as he has contributed in Colombia, or has done in Chile and is used to making use of these situations, of uncertainty on the internal fronts, as in the Peruvian case, to enter and run over on the national front and respect of the popular will, believing that with pressure they will achieve the task that they, democratically, could never achieve “, he analyzed.

Keiko Fujimori asks for the nullity of some 200,000 votes in Peru’s ballot