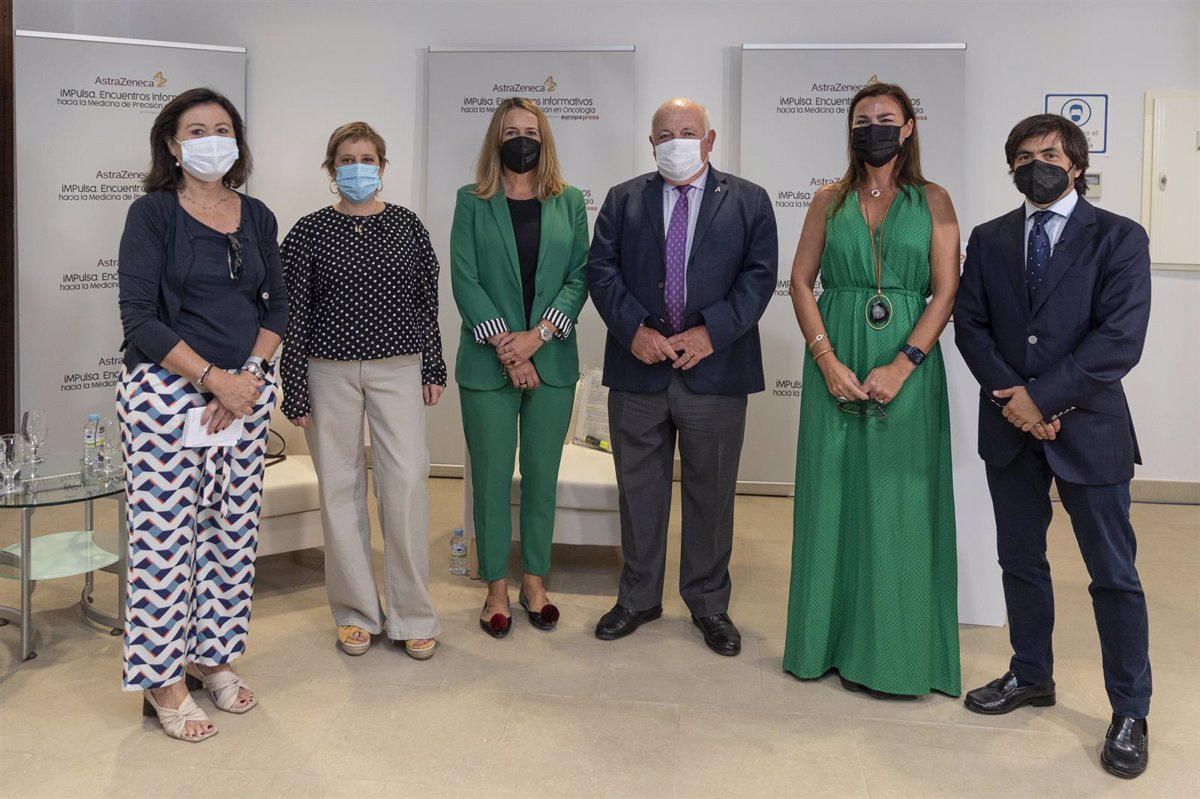 The development of Precision Medicine (PM) is assuming a true “revolution” in routine clinical practice, in general, and in particular in the case of the approach to cancer patients, something on which experts who have agreed debated in Córdoba at the ‘iMPulsa Informative Meeting, towards Precision Oncological Medicine’, organized by Astrazeneca, in which these specialists have also demanded a single “national plan” of biomarkers, because working together “you can almost move the world” .

These experts have debated this and other issues related to Precision Medicine and Oncology. With the previous intervention at the inauguration of the director of Corporate Affairs and Market Access of AstraZeneca Spain, Marta Moreno, and the Minister of Health and Families of the Junta de Andalucía, Jesús Aguirre, who has highlighted that the Cancer Strategy in Andalusia it is already a reality.

In this sense, Aguirre has defended the need for such a plan, since “we are facing a very prevalent pathology”, which is linked “to 25 percent of deaths and which in the coming decades will increase to 60 percent”, hence , in addition to betting on prevention and early diagnosis, “once the cancer has developed, what we need is the best treatment, and with this we talk about Precision Medicine, personalized medicine”, in which the SAS is already working , “on how to implement new treatments for the benefit of the patient, and we are on that path, hand in hand with AstraZeneca”.

“Hopefully we can implement them,” he added, “taking into account the sustainability of the system and the costs that new drugs also have,” although it must also be borne in mind that the use of new drugs has a positive impact on expectation and quality of life of cancer patients, which is why “it is our obligation, as managers of the health system, to make them available to all oncologists, for the benefit of our patients.”

For her part, the director of Corporate Affairs and Market Access of AstraZeneca Spain, Marta Moreno, has defended that “talking about Precision Medicine is talking about efficiency, understood as the balance between the investment that financing any health system involves of a new drug, and the results obtained with that treatment, and that is where we have to place more emphasis, on measuring the results. “

That is why at AstraZeneca they defend “paying for those drugs that work, and that their results can be measured,” so that “we justify both politicians who have to make decisions, and society, who have to pay taxes. , which is worth investing in these drugs “, because” we must have as a common goal the generation of excellence in healthcare, because it is the most important thing for patients “, making it clear Marta Moreno that AstraZeneca is committed” to the results in health and joint responsibility with the National Health System, as well as with the different autonomous health systems “.

After these interventions, the debate has developed between the aforementioned experts, who have agreed on the need to “centralize” and “be very agile when incorporating innovations to our portfolio of services by incorporating biomarkers”, something on which “We can look to the future with optimism” because, according to the opinion of the director of the Andalusian Oncology Plan, David Vicente, “we have a very important network and very powerful centers that are capable of doing so.”

On this same issue, the oncologist at the Reina Sofía Hospital in Córdoba María Jesús Rubio has pointed out that, precisely, the Spanish Society of Medical Oncology (SEOM) is “trying, together with the Ministry (of Health), to create a national plan of biomarkers “, which is key, because this way” we will have the opportunity to have all the clinical data at the national level, both from public and private medicine “, and with this” we can almost move the world “in the fight against cancer , reason for which “it is necessary to try that each time the State and the autonomous communities are more harmonized”.

The regional coordinator of the SAS Clinical Laboratories, María Jesús Pareja, for her part, has indicated that, “at present, the Pathological Anatomy laboratories are, to put it nicely, short of structure, equipment and staff”, and it is necessary to “make this need seen”, within the framework of a maxim marked by three words: “internalization, centralization and digitization”.

In this regard and on behalf of cancer patients and specifically Asaco, Asunción Ríos has made a call to “go all together: doctors, patients and Administration” to achieve the objective that “this disease is chronic”, which would be “a spectacular advance”, and that is why it is necessary to continue “advancing in research”, and this implies “more money”.

In this sense and for his part, Dr. David Vicente has assured that “Precision Medicine is a reality”, but “without precision diagnosis there can be no precision treatment”, and to achieve both questions “resources” are needed , especially if one takes into account that “in Spain we spend about 30 kilometers of AVE on cancer research, more or less, and what you have to make those who have to make decisions see is that it is much better to research cancer than make kilometers of AVE “.

For her part, Dr. María Jesús Pareja has stated that “the only way to advance” in this field is a “clear and determined commitment to R & D & i”, both in the public sphere and with “collaboration models public-private, with the pharmaceutical industry and with the laboratories “and do it” without doubts and without any complex, because it is another way to move forward and we have no choice “but to apply it, when in addition” it is a model that has already been shown to it works”.

Oncologist María Jesús Rubio, for her part and by way of conclusion, has also defended the need for investment in Precision Medicine, claiming that “Precision Medicine and medicine of the 21st century should be synonymous”, since ” I would understand another type of medicine in Oncology. “

Finally Asunción Ríos has asked that “scientists do not tire of continuing to study and research, and that the Administration be there to support researchers” and that they “have sufficient resources”, so that “tomorrow the cancer is a chronic disease or even has a cure. “