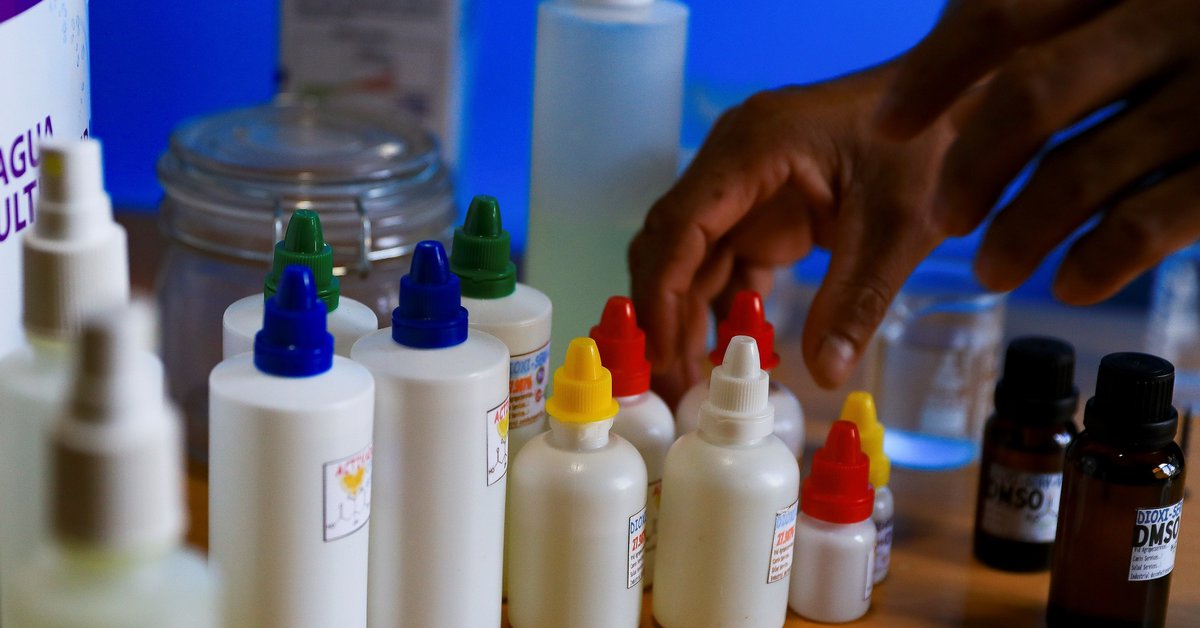 Photograph of products used by promoters of the use of chlorine dioxide diluted in water in specific proportions to treat patients with COVID-19, in Quito (Ecuador). EFE / José Jácome


Anxiety about covid-19, the desire to return to the times when it did not exist and the lack of vaccines, which reach the country until February 20, have more than one looking for some other miraculous solution to the disease . The situation has lent itself to more than one unscrupulous take advantage of selling fake remedies through social networks like Facebook and Instagram.

This was reported this afternoon by Caracol Radio noting that, in a quick search, offers of 500 ml bottles of chlorine dioxide can be found in the stores of said social networks – a controversial compound that despite the publications of Natalia París does not help the fight the virus and on the contrary it is toxic to the body— for a value of $ 65,000, although it can be found in ranges between $ 20,000 and $ 100,000 pesos.

Of course, it is not as easy as searching for “covid-19” or “cure for covid” within the platforms. In fact, those words rarely appear associated with the product, promoted by numerous online stores under more specific parameters such as “CDS” or, of course, “chlorine dioxide”.

Another striking issue is that the name of the virus does not appear in the description of the chemical either. However, the bulk of sellers do use ambiguous and false language such as “increase your biosecurity and health with the CDS”; “Chlorine dioxide kit helps to cure and avoid diseases has no contraindications and side effects”, or “to disinfect and for the treatment and prevention of viruses and bacteria. Treatment for more than 200 diseases ”. 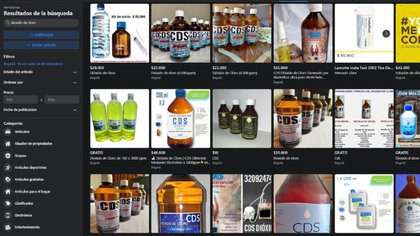 In the same way, sellers are cured in health by not affirming or denying that the logic of the product is that it is for human consumption. Other issues visible in the doses take care of that, as the presentation more similar to that of a syrup than that of a cleaning product, or the fact that it is accompanied by syringes, printed brochures and booklets with instructions for use and even the promise of advice during the use process.

Additionally, a common phenomenon occurs on both platforms within the so-called “social purchases”: by avoiding offering accurate data, sellers They get unsuspecting stakeholders to contact each other by private message, where it is even easier to offer erroneous information and even to secure the purchase.

It should be remembered that, for account of the case of Natalia Paris, the Superintendency of Industry and Commerce, SIC, had to issue a concept sorting out “Immediately cease the promotion of the chlorine dioxide product and withdraw the comments in which it invited people to consume it to avoid the spread of covid-19”, at the risk of a fine for not doing so.

In the same sense, international organizations such as the Pan American Health Organization (PAHO) and national organizations such as the Ministry of Health have insisted on discouraging the use of the product, because, according to the first, “There is no evidence on their efficacy and the ingestion or inhalation of these products could cause serious adverse effects”, even reaching fatal consequences according to a circular issued by the second.

But chlorine dioxide is not the only compound that worries the authorities and that constantly appears for sale on social networks. According to the broadcaster, there is also the Interferon Gamma, which is only authorized for use in the country for institutions that are conducting approved clinical trials to treat symptoms related to covid-19.

In the same vein, there is the case of the woman detained at the Cúcuta airport transporting 27 boxes of a supposed Remdesivir-based virus vaccine, a product repeatedly discouraged by the health authorities in Colombia. The latter is due to the fact that, according to the WHO, it does not have a substantial effect on reducing the days hospitalized or on the chances of survival in the most serious cases of the virus.

Meanwhile, the Colombian station concluded, Facebook ensures that it strives to eliminate all publications with false information and cures for the virus, based on the guidelines of the WHO and other health authorities. This thanks to a team of 35,000 people and an artificial intelligence system that constantly monitor the networks. However, aspects such as the ambiguous language used by salespeople make the process difficult.