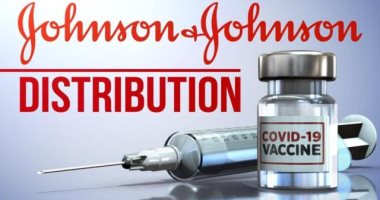 The US Food and Drug Administration announced the food (FDA) About adding a new warning to Johnson’s vaccine after 100 reports of its association with a rare autoimmune disease “Guillain-Barré syndrome”, according to the British newspaper, “Daily Mail”.

Officials say there have been 100 reports of patients developing Guillain-Barré syndrome, a rare disorder that temporarily paralyzes parts of the body, with most cases occurring about two weeks after vaccination and mostly in men 50 or older.

Guillain-Barré syndrome is Guillain Barre Very rarely after vaccination, occurring in only 0.000781% of patients who received a single dose of Johnson’s.

According to the Washington Post, the vaccine is linked to a serious but rare side effect called Guillain-Barré syndrome, in which the immune system attacks nerves. Guillain Barre In vaccine recipients after giving 12.8 million doses of the vaccine إعطاء Johnson & Johnson In the United States, according to an accompanying statement from the US Centers for Disease Control and Prevention, which monitors vaccine safety with the US Food and Drug Administration, 95 of these reports were serious and required hospitalization, and there was one death, and neither agency provided details of Death.

Cases were reported about two weeks after vaccination, mostly in men, many of whom are aged 50 and over, according to the CDC, most people fully recover from Guillain-N syndrome. Guillain Barre.

And the newspaper confirmed, that the vaccine caused cases of . syndrome Guillain Barre It is a rare disorder in which the immune system attacks the peripheral nervous system, causing temporary paralysis of parts of the body.

The US Centers for Disease Control and Prevention said, CDC“It has received about 100 initial reports of Guillain-Barré syndrome Guillain Barre After taking a single-dose vaccine against the virus Corona.

The newspaper pointed out that with only 100 cases reported out of 12.8 million doses taken, this means that the condition is very rare, occurring in only 0.000781% of cases, as Guillain-Barré syndrome is considered a rare disorder in which the immune system attacks the peripheral nervous system..

The newspaper pointed out, this syndrome often occurs due to viral or bacterial diseases and causes weakness and tingling in the extremities, as patients’ conditions worsen, this can lead to parts of the body or in some cases the whole body being paralyzed..

Guillain-Barré syndrome is rare, affecting about 1 in 100,000 annually. Fewer than 20,000 cases are diagnosed annually, according to the National Institute of Neurological Disorders and Stroke, and most people recover, but only affects about 5% of those who receive the vaccine.