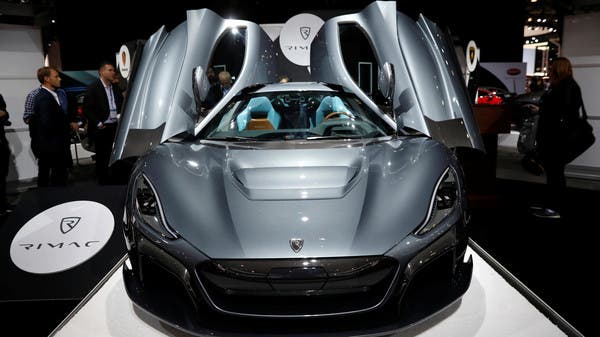 I started 5G fast cellular networks proliferation, as automakers explore what they can do so quickly.

At a test track in Weissach in southwestern Germany, sports car maker Porsche has been running Taycan electric sports cars to see how the vehicles’ 5G equipment allows them to exchange data.

Porsche is one of the few automakers that have teamed up with telecoms companies to build small local 5G networks to pilot the technology as they develop new car models. And high-speed networks are so new that automakers still need to test or, in some cases, design the equipment they need.

Manufacturers aim to use high-speed networks to do a range of things, including downloading critical software updates on the go, updating digital maps more quickly, and audible alerts about road conditions. The cars may also communicate with smart infrastructure such as traffic lights and buildings, so that the self-driving taxi knows that the stop light at the next intersection is red. They may talk to each other, perhaps to warn another car that a pedestrian is on the road or that there are some obstacles in the road, according to the “Wall Street Journal” and seen by “Al Arabiya.net”.

For his part, Porsche CEO, Oliver Blume, said that the data the company collects from its experimental cars will help it design chips for self-driving vehicles and advanced driver assistance programs.

“It is important that we show how this works, especially for future product development. It is important to develop the processors that we will use in the future, to make sure they are ready for 5G,” Blum added.

The development of faster cellular networks corresponds to a fundamental shift in automotive technology. In the past, cars had dozens of computer chips with built-in software that controlled individual functions such as lights, engine controls or windows. And unlike a smartphone or computer, which can be constantly updated with new features and functions, the software on these chipsets cannot be updated until the next generation of the car arrives with new parts.

But in 2012, Tesla launched its Model S that replaced distributed software with central computers that could be constantly updated over the air, completely changing the model for automotive design.

The ability to update the vehicle’s software allows car manufacturers to constantly improve the vehicle and even provide drivers with on-demand features such as a heated steering wheel in winter or extra horsepower from the electric motor during a planned ski vacation in the mountains.

And like a smartphone, the car has become another internet-connected device. By 2025, analysts estimate that there will be 100 million connected cars on the road worldwide.

To make all this upgrading fast and reliable, though, carmakers need a super-fast network to send information to individual vehicles — a big reason why automakers are immersed in 5G networks.

For its part, Porsche, in cooperation with the global group Vodafone, has built two local 5G networks: one at its research and development center in Weissach to test technology in cars, and the other at its main plant in Zuffenhausen to develop applications for high-speed data transmission in manufacturing.

The test networks began operating in September, and Porsche is building another test network in Italy. However, Porsche did not say when it would launch a vehicle ready for the fifth generation.

Meanwhile, General Motors is working with AT&T Inc., which operates a large 5G cellular network in the United States. The automaker said in August that it would roll out 5G technology on select models in 2024.

Before the technology can be deployed more widely, car owners will have to rely on 4G and LTE networks, which they can already use today for connected car services such as GM’s OnStar service. The automaker updates OnStar maps, traffic information, and on-air infotainment systems.

“This technology will mean faster download speeds for music, videos and various maps for navigation services, but it also extends to vehicle updates,” GM said in a statement.

Stellantis NV, which owns Chrysler, said in May it had formed a joint venture with Hon Hai Precision, better known as Foxconn. The new operation, called Mobile Drive, will develop digital dashboards and displays, what automakers now call digital cockpits, and other connected car technologies for future models that will benefit from faster data transmission than 5G.

Stellantis has not yet announced when 5G technology will be included in the models of any of its 15 brands, which also include Peugeot, Jeep, Fiat, Alfa Romeo and Maserati.

Toyota Motor Corporation has established a project with Japanese telecommunications company Nippon Telegraph & Telephone Corp to build high-capacity data networks and technology that will include the creation of 5G standards for use in the company’s connected vehicles.

Toyota envisions a range of applications for 5G networks, including over-the-air software updates and remote monitoring of self-driving vehicles that could allow anyone to control the vehicle remotely, as well as in-car multimedia applications.

Mercedes-Benz CEO Michael Hafner, who is responsible for developing the company’s core vehicle operating system, MB.OS, said Mercedes already offers cloud-based warning services with existing cellular networks, such as alerting other drivers about a pit or accident ahead of them. By sending data to the cloud, which is then widely distributed. He finds the wake-up time is so fast that 5G won’t make much difference.