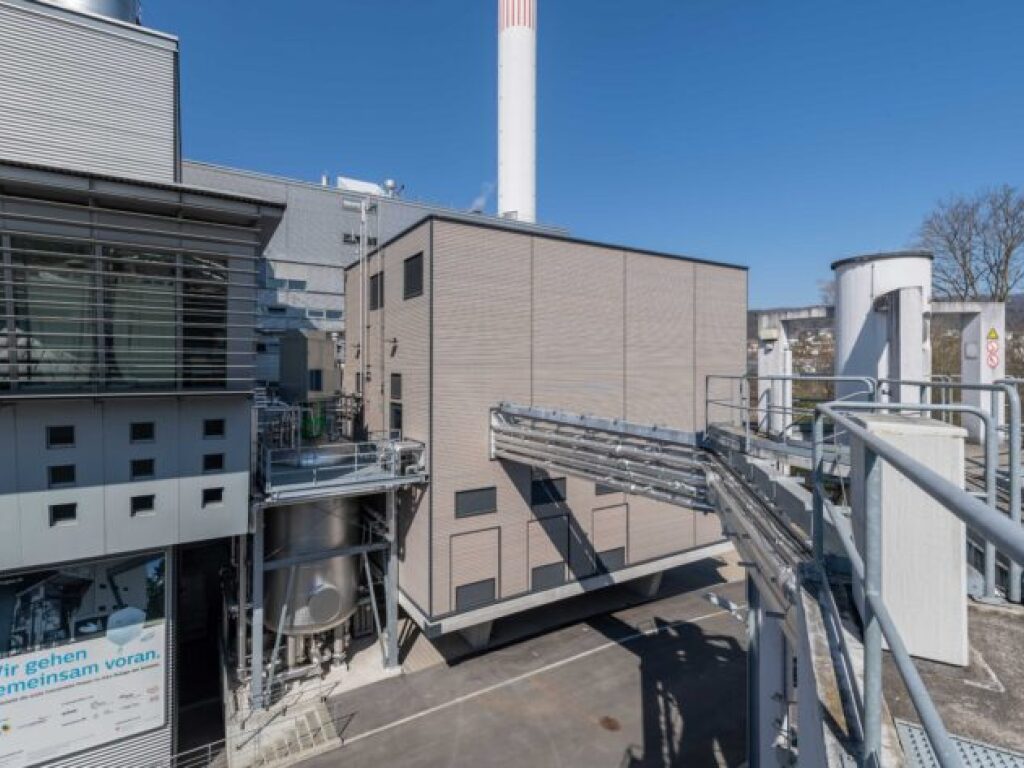 Switzerland’s first Power-to-Gas industrial plant was inaugurated in Dietikon (ZH) on Friday. It can produce around 18,000 megawatt hours (MWh) of synthetic renewable gas per year, saving up to 5,000 tonnes of CO2.

‘It is crucial that Switzerland becomes less dependent on foreign natural gas,’ declared the director of the Federal Office of Energy (SFOE) Benoît Revaz during the inauguration ceremony. ‘Power-to-Gas does not only contribute to climate neutrality, but also to responsible economic policy’, underlined national councilor Eric Nussbaumer (PS/BL) in the face of dependence on Russian gas and soaring prices some gas.

The Power-to-Gas process consists of storing excess energy from renewable sources (solar, wind, hydraulic) and transforming it into hydrogen by electrolysis. The reactor then combines the hydrogen with CO2 to produce synthetic methane, a renewable gas, which is injected into the grid.

Limeco thus obtains a renewable source of energy from waste and wastewater. Injected into the network, this CO2-neutral gas replaces fossil fuels. Eight Swiss energy suppliers co-financed the investments amounting to approximately 14 million francs. They are committed to exploiting the gas for 15 years. The SFOE supports the project.

Gas produced by the Dietikon facility was already injected into the network at the end of March on a trial basis. It is easier to store than electricity. The new installation can store electricity in the form of gas in the summer, in view of the cold season which leads to higher consumption, explains Patrik Feusi, director of Limeco.

The Dietikon facility thus makes an important contribution to the decarbonisation of the country. It saves up to 5,000 tonnes of CO2 per year. Zurich State Councilor Martin Neukom (Greens) recalled that the canton has set itself the goal of being climate neutral by 2040. ‘Limeco and its partners are proving that it is possible, in particular thanks to innovative technologies like Power-to-Gas’.

Solar could ‘boost’ the process

However, the process is not about to become widespread in the country’s waste treatment plants. Transforming electricity into gas does not make sense in a market where the price of electricity, already high in 2021, has exploded because of the war in Ukraine, tempers Thomas Peyer, director of Swisspower.

However, the situation could change if solar energy projects progress as planned in Switzerland. Especially if the summers lead to photovoltaic overproduction. In any case, the Power-To-Gas process is still in its infancy, but the Dietikon project represents an important step, underlines Thomas Peyer.

Currently, Switzerland imports electricity in winter from neighboring countries. However, a risk of a winter shortage is on the horizon for 2025, according to the federal regulatory authority Elcom. In addition, the 2050 energy strategy plans to replace electricity from nuclear power with electricity produced by renewable energies.

The spooky Elden Ring is adorable in this Game Boy version