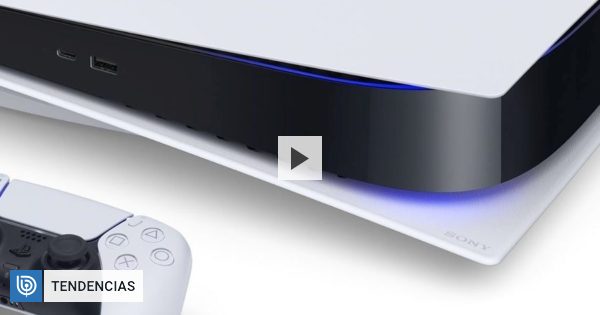 The desktop video game console PlayStation 5 (PS5) from Sony, which was released in November, has been one of the biggest releases of the company, according to market sources.

Video game sales monitoring platform VG Chartz noted that before the official launch, at least 2 million units had been sold around the world.

With the new PS5, Sony it tries to revalidate its leadership in the video game sector and, according to experts, the brand’s fifth desktop console has several keys that have aroused the curiosity of fans.

Ray tracing within the new games

The ‘ray tracing’ is an algorithm of synthesis of the images that by means of calculations establishes the “tracing” of the light rays in the graphics, thus providing reflections and textures in the new graphic quality in the consoles.

In games like Spiderman: Miles Morales It is an important optical element as the playability improves thanks to the response to the optical effects that the “ray tracing” technology allows.

Although computers have had this technology for years, it is an advance to see it in the console market with a view to the number of fifth-generation games that are coming.

A better processor to reduce times

For the developers of the PS5 it was important not to repeat mistakes of the past, before dying in a game implied a double punishment: restarting the level and waiting for it to load. With the new console that torture was left behind.

The storage SSD Custom allows you to run 2 Gb of content in less than 0.3 seconds, a luxury that, in addition to showing the graphic quality, puts the player more into the console experience.

The PS5 has an option to display its content in 4K resolution that is 3840 horizontal pixels and 2160 vertical pixels, and a speed of 60 frames per second. A standard measure against several games that are not yet optimized against the potential graphical benefits of the new console.

Among its options it maintains the possibility of playing games at 8k, doubling its resolution for more detail and allowing to see 120 frames per second for better responses and visualizations of the actions and movements during the game.

The commitment to differential controls

Another novelty is the controls DualSense that in the hands of the player do justice to their name, the controls not only allow mobility in the game, but also transmit sensations experienced by the characters through the vibrations located in different parts.

If there is a heartbeat, a train and even a glass crash, they will be felt in the hands due to vibrations synchronized with the sound.

In addition, the L2 and R2 triggers convey a feeling of rigidity. Pressing them depends a lot on what they are used for, for example if a bow is being drawn, to fire the button it becomes harder, transmitting the feeling of tension to the player’s hands.

Without a doubt one of the details that most attracts the attention of the PS5. In its predecessor it was impossible to remember titles that were immortalized on the PS3, so now being able to play the great games that were part of the previous version adapted to the graphic quality of the new one is a bonus.

They are collectible games like Infamous: Second Son O God of War: 4 but with an improved frame rate to live a new experience remembering the not so old days.