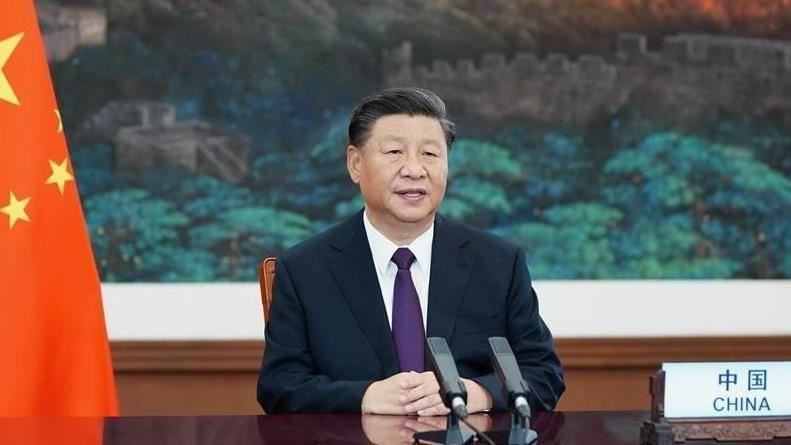 (Central News Agency, Sydney, 28th) Chen Yonglin, the former political consul of the Chinese Consulate General in Sydney, said in an interview that as the Chinese government has fully controlled Hong Kong, Xi Jinping’s next step is to consolidate the legitimacy of indefinite re-election by annexing Taiwan.

▲Xi Jinping was bombed by annexing Taiwan to consolidate the legitimacy of an indefinite re-election. (Photo/Retrieved from Xinhuanet)

The Australian Financial Review reported today that Chen Yonglin, a former Chinese diplomat who surrendered to Australia in 2005, pointed out that as China’s national strength increases, Xi Jinping, who is now leading the Communist Party of China towards its 100th anniversary, is also committed to To promote Chinese nationalism and expand China’s global influence, Xi Jinping’s next step must be to annex Taiwan.

Chen Yonglin accepted a telephone interview with a reporter from the Central News Agency today. He pointed out that China’s urgent need to annex Taiwan is mainly because Xi Jinping must justify his indefinite re-election.

Chen Yonglin explained that looking back at the history and logic of the Chinese Communist Party, Mao Zedong was a leader because of his military exploits, so his legitimacy as a leader was very stable. After Mao Zedong died, when Deng Xiaoping was in power, Deng Xiaoping needed to launch the Sino-Vietnamese war and use it for himself. Establish military exploits, and then consolidate your position.

Chen Yonglin pointed out that Xi Jinping has not had any military exploits yet, but he intends to be re-elected indefinitely. Therefore, Xi Jinping urgently needs to wage war on Taiwan.

The “Australian Financial Review” reported that Chen Yonglin pointed out that Hong Kong’s “one country, two systems” no longer exists since China forced the Hong Kong version of the National Security Law through the National People’s Congress last year.

Chen Yonglin also pointed out to a reporter from the Central News Agency that in the era of Deng Xiaoping, China followed the line of “hiding one’s capacity and biding time” and “has a certain degree of flexibility” in the means and timing of unifying Taiwan; but with Xi Jinping coming to power, China’s “flexibility with Taiwan has disappeared.” “.

The “Australian Financial Review” report also mentioned that Chen Yonglin estimates that there are at least 1,000 people who currently infiltrate Australia and are under the command of China to gather intelligence.

The issue of Australia’s political infiltration by foreign countries has become the focus of public opinion in Australia. In response, the Australian Parliament passed the Espionage and Foreign Interference Act 2018 and the Foreign Influence Transparency Scheme in 2018.

The Sydney “Daily Telegraph” and Melbourne “Herald Sun” reported on the 27th that the Australian Department of Defense plans to reorganize special forces to deal with “unconventional warfare” such as foreign spies infiltration.

Chen Yonglin also told a reporter from the Central News Agency that he estimated that the scale of China’s penetration of Taiwan is “absolutely much larger than Australia, dozens of times, hundreds of times.”

Chen Yonglin told reporters from the Australian Financial Review and the Central News Agency that he believes that although Xi Jinping needs to pave the way for life-long governance by meritorious service, before China decides to use force, it will still worry about the attitude and reaction of the international community, especially the United States.

Chen Yonglin graduated from Beijing Foreign Affairs University in the mid-1990s and then worked in the North American and Oceania Department of the Ministry of Foreign Affairs of China. In 2001, he was assigned to the Consulate General in Sydney. In 2005, he was granted political asylum by the Australian government and has since settled in Sydney.

The “Australian Financial Review” mentioned that July 1 this year marks the 100th anniversary of the founding of the Chinese Communist Party. Sydney had originally scheduled a demonstration against the Chinese government that day, but as the epidemic spread and the government ordered the city to be closed, the demonstration had to be cancelled.