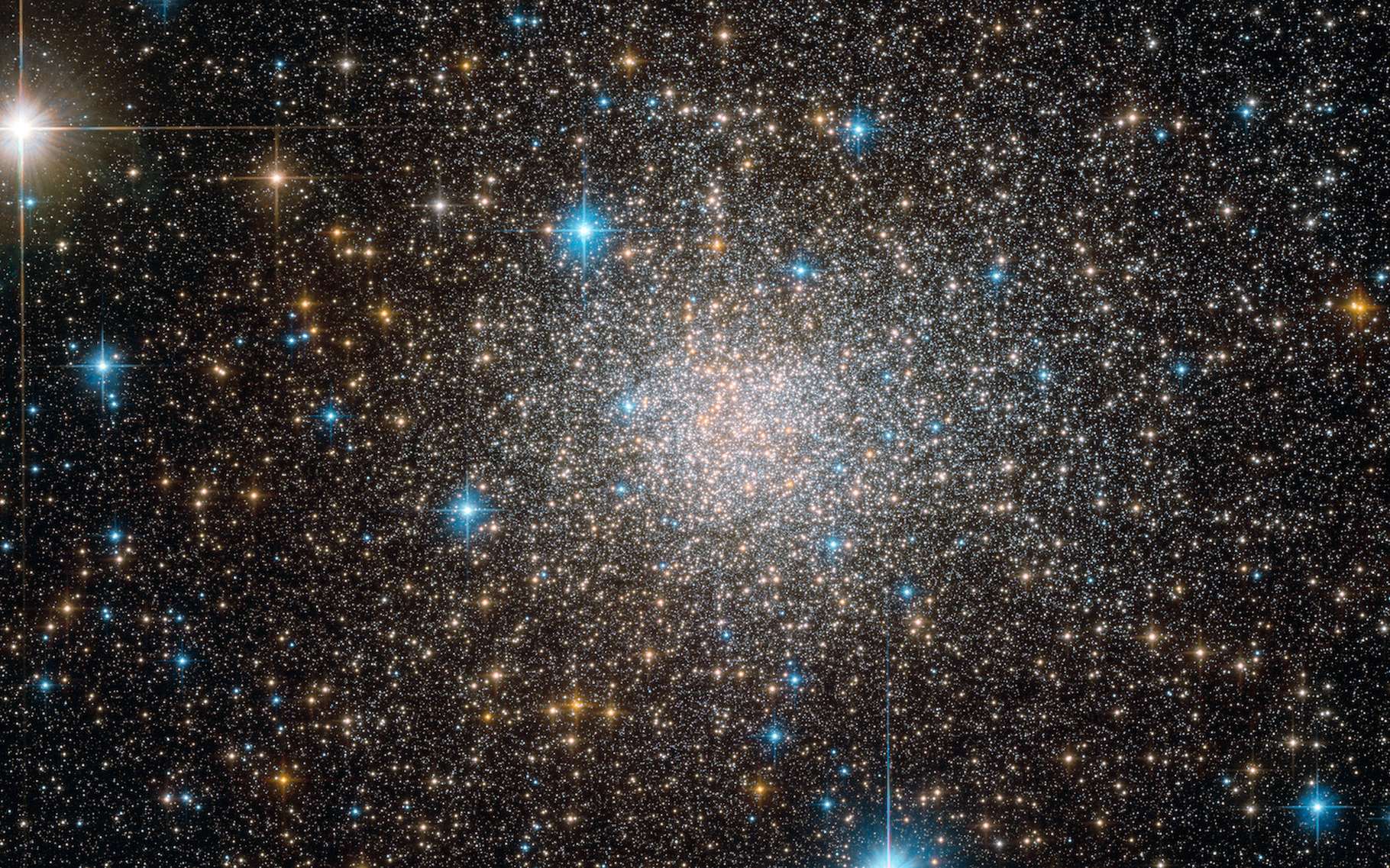 Archaeologists are not the only ones searching the world for traces of the past. Astrophysicists do this too. And this time, towards the center of the Milky Way, they found a fossil fragment that could help them tell the story of our galaxy.

[EN VIDÉO] Milky Way: Simulation of the formation of a galaxy This film shows a computer simulation of a galaxy like the Milky Way. The film rapidly evolves through the simulated time of 13 billion years in the past to the present day. The main galaxy is expanding as many smaller galaxies merge with it. Heracles looks like one of the small galaxies that merged with the Milky Way early in the process. © Ted Mackereth, EAGLE

Over 40 years Astronomers Liller saw 1 a Globular clusters a bit like the 150 others in the Milky Way. Still, he saw something special. Liller 1 is almost in the galactic plane, near the center of ours galaxy. But today, Researcher at the University of Bologna (Italy) claim that it is in fact what remains of one of the giant star clusters that formed the central bulge of the Milky Way around 12 billion years ago.

“Our results clearly show that Liller 1 is much more complex than a simple Globular clusters. It is an exceptional relic. “, says Francesco Ferraro, astronomer, in a University of Bologna press release. A fragment fossil the galactic bulb “This is the story of the print Formation of the Milky Way. »

A few years ago, the same researchers showed that the properties of Terzan 5 did not correspond to those of a globular cluster. A curious anomaly, at the moment. But with the discovery made on Liller 1 today, astronomers seem to show that there is a class of Star Systems which had not yet been identified.

Re-read the history of the Milky Way

This is thanks to a combination of data from the observatory South Twins (Chile) and Télescope spatial Hubble that this discovery was made possible today in one of the most opaque regions of the Milky Way. A region in which thick Clouds They make dust light of Stars up to 10,000 times weaker than it actually is. “The combined Gemini and Hubble images gave us a clear, detailed view of the stars in Liller 1.”confirms Cristina Pallanca, astronomer at the University of Bologna.

What surprised the researchers was that within these structures – Liller 1 and Terzan 5 – two very different populations of stars coexist. Very old stars on the one hand. Founded approximately 12 billion years ago. And much younger stars on the other hand. Between 1 and 2 billion years for Liller 1 and approximately 4.5 billion years for Terzan 5. “People abound make and focuses on central regions according to a self-enrichment scenario “, explains Barbara Lanzoni, researcher. What proves that these structures were formed at the time of the formation of the Milky Way and that they could then trigger star formation events.

“Now we have to dig deeper. Thanks to these “fossil finds”, we can finally begin to read the history of the Milky Way. And who knows, we may have to rethink our knowledge of the formation of the galactic bulb. “with Francesco Ferraro.

Hilaria Baldwin forced to defend herself on her Spanish origins