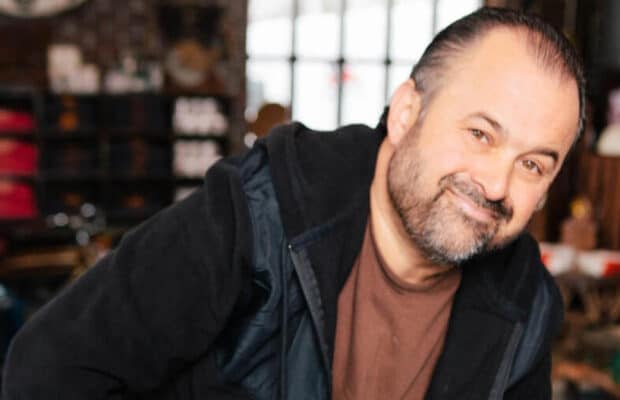 Frank Fritz will not be returning to “American Pickers,” a person with knowledge of the show’s plans confirmed for TheWrap. TMZ first reported the news.

Fritz did more than 300 episodes of the History show with former partner in picking Mike Wolfe. Fritz has not appeared on an episode of the antiquing show since March 2020. A combination of back surgery and the pandemic can help explain some of Frank’s absence from the popular History show — but not all of it.

“I haven’t talked to Mike in two years. He knew my back was messed up, but he didn’t call me up and ask how I was doing,” Fritz told The Sun earlier this week. “That’s just how it is.”

“The show is tilted towards [Mike] 1,000 percent,” Fritz added. “That’s fine. It’s like you’ve got Aerosmith and there’s Steven Tyler and he’s the front man. I found my spot, I’m second and he’s number one on the show. That’s no problem with me, maybe he does have a problem.”

Fritz told The Sun he thinks Mike “wants to get his brother Robbie in there to replace me.”

Robbie has recurred on “American Pickers,” as have other minor characters, but there are no plans for him to become Mike’s full-time partner on the program, TheWrap has learned.

Season 22 of “American Pickers” — this one with just Wolfe — airs new episodes Mondays at 9/8c on History.

Read the show’s official logline, which still mentions Frank, below.

This isn’t your grandmother’s antiquing. Pickers like Mike Wolfe and Frank Fritz are on a mission to recycle America, even if it means diving into countless piles of grimy junk or getting chased off a gun-wielding homeowner’s land. Hitting back roads from coast to coast, the two men earn a living by restoring forgotten relics to their former glory, transforming one person’s trash into another’s treasure. American Pickers follows them as they scour the country for hidden gems in junkyards, basements, garages and barns, meeting quirky characters and hearing their amazing stories. If you think the antique business is all about upscale boutiques and buttoned-up dealers, this show may change your mind–and teach you a thing or two about American history along the way.