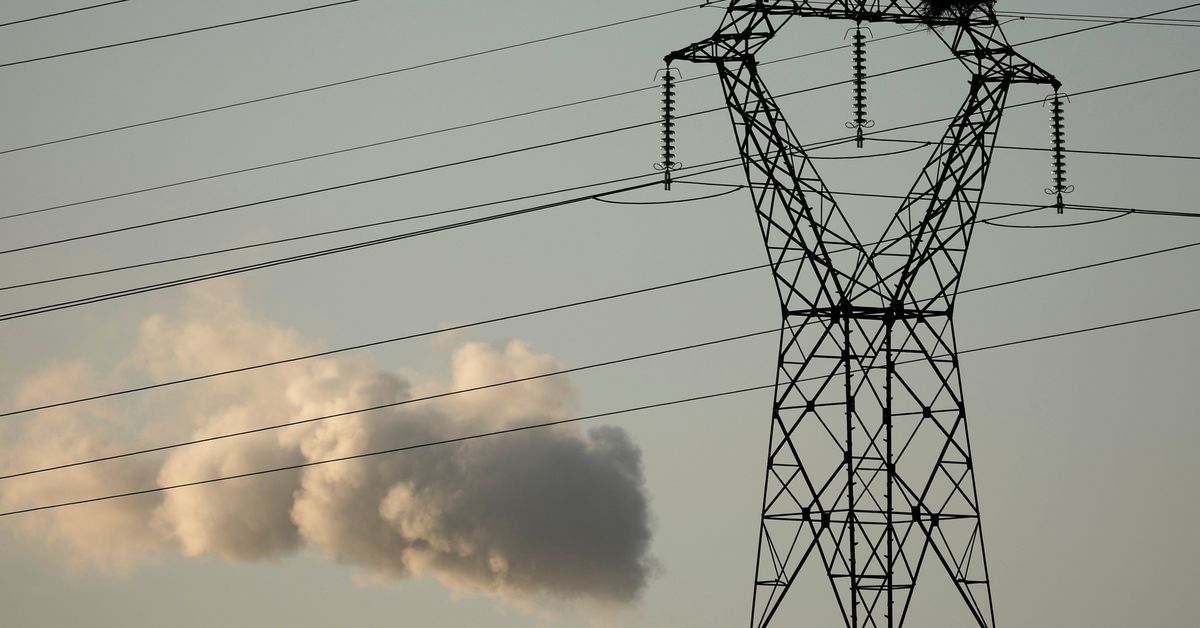 A couple of stork stands in a nest on the top of a pylon of high-tension electricity power lines in front of a smoke stack of the Electricite de France (EDF) coal-fired power plant of Cordemais in Bouee, France, February 25, 2022. REUTERS/Stephane Mahe

“We need to work collectively to reduce our consumption in order to regain room to manoeuvre,” the chief executives of Engie (ENGIE.PA)EDF (EDF.PA) and Total (TTEF.PA) said in an open letter published by weekly newspaper Journal du Dimanche.

Russia’s invasion of Ukraine has thrown the spotlight on the Europe’s reliance on Russian gas, prompting a scramble to find alternative energy sources.

French media reported in March that the government was in talks with TotalEnergies about boosting capacity to receive LNG after the United States said it was prepared to increase deliveries to Europe.

“Taking action as soon as this summer will allow us to be better prepared at the start of next winter, notably for preserving our gas reserves,” the energy company executives said in their letter, adding that efforts to limit consumption should be “immediate, collective and massive”.

They cited their own efforts to find new sources of gas and build a floating liquefied natural gas (LNG) terminal in the northern port of Le Havre.

France recently extended its mechanism for regulating gas prices to the end of the year. Originally scheduled to run through to the end of June, the system is meant to limit the effects of soaring energy prices on cosumers’ purchasing power.