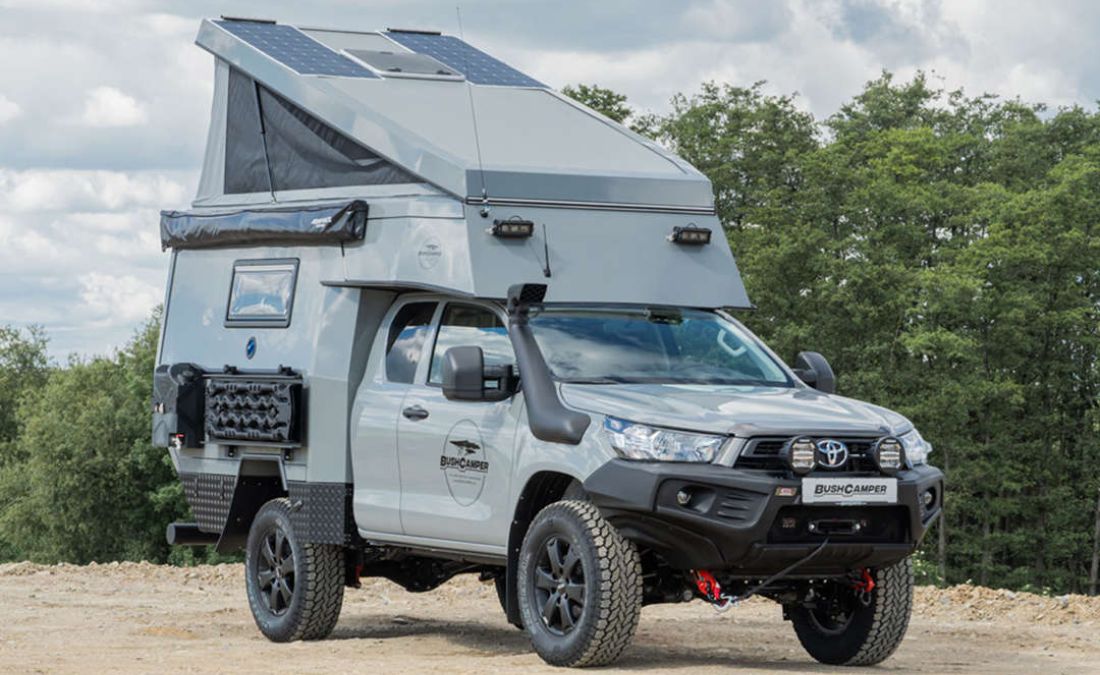 A trainer took the Toyota Hilux and turned it into a motor home. Everything you need for camping is in the pick-up.

One of the models with more presence in the different markets of the world, Toyota Hilux, has just been presented in a new facet. The vehicle was adapted as a motor homemodifying its bodywork and adding a completely new interior space.

In addition, to support all the installed equipment and increase its off-road capabilities, some elements such as the suspension were adjusted, adding accessories such as a reinforced bumper con additional winches and lightsoff-road tires and snorkel.

Responsible for this conversion is the German company BushCamper, which sells the modified Hilux for a price of 135.000 euros (almost 600 million COP* pesos). The camperization kit is adaptable to the base of the pick-up of double cab, single or extended cab.

In order not to exceed 3.5 tons in weight, the habitable module was built with light and resistant materials. This area can be accessed through the cabin or through a rear door, where you can find all the team of camping.

The space is sufficient to accommodate two to five people, there are two beds approximately two meters long and 1.5 meters wide. Includes a refrigerator, a gas stove, chairs, a portable toilet and multiple storage locations.

Outside were also installed storage compartments and different systems to fix accessories such as fuel and water tanks. Viewing from behind her, the shapes of the solid and strong looking structure are revealed.

Resistant not only in sight, because the Hilux must be prepared for difficult roads. For this the suspension was raised up to 50 mmthe chassis was reinforced to support the weight and the tires include a compressor to be able to vary tire pressure.

10 people are trapped vertically in an amusement park roller coaster

TACTICS OGRE: REBORN will be released on November 11th for PS5, PS4, Nintendo Switch and PC