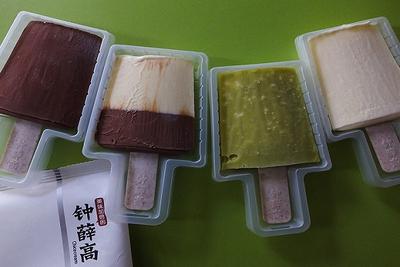 Original title: From Zhong Xuegao to cultural and creative ice cream, or to cut leeks

Zhong Xuegao, who had been out of the circle because of the “sky price”, was not unexpectedly in trouble again. The condescending feeling conveyed by the four words “love or not” is obviously more dazzling than the cost itself that the founder wants to emphasize, and it can provoke the sensitive nerves of consumers.

On June 15, the video of the founder of Zhong Xuegao’s interview was released. Less than one and a half minutes of the video, 4 hours after being released, received 380 million views, ranking first in the hot search. Danggui has become the biggest label on Zhong Xuegao, even the “Hermes” in the ice cream industry cannot withstand arrogant consumption.

In 2018, Zhong Xuegao became popular with the “Ecuadorian Pink Diamond” ice cream with a price of up to 66 yuan. Since then, with the precision marketing on the Internet platform and the blessing of the main national trend, Zhong Xuegao More or less have to create some topics, good or bad.

The only difference this year is that new players from the scenic spot have poured into the ice cream track. Coincidentally, they are more or less the same way as Zhong Xuegao: regardless of the ingredients, the price is only ten or twenty yuan. , And then catch the IP of traditional culture, it is enough to compete with Zhong Xuegao.

The cherry blossom ice cream in Yuyuantan, the West Lake ice cream in Hangzhou, the Yellow Crane Tower, Tengwang Pavilion, Sanxingdui… overnight, it seemed that there was no ice cream and no cultural creation. The Wenchuang ice cream battle was so fierce that even the traditional ice cream was forced to go off the field. The joint name was made, and the price increased. A battle between the old and new forces of ice cream is inevitable.

However, there is often only a difference between the contention of a hundred schools of thought and the scrolling of ice cream. When the scenic spots get together and enter, even if the IP is different, the similarity of the creativity itself is obvious. Follow the trend and copy, aiming at the tourists’ mentality of “expensive, unpalatable, but good-looking photos”, as if they can become popular as long as they catch this round of free rides.

The upstream manufacturers make profits, the scenic spots take advantage of the opportunity to promote the IP, and the tourists check in with their own characteristics. It seems like a good thing with one stone and three birds, but it is actually a vivid portrayal of a cultural and creative scroll. Massive products of the same type flood the market, and the real His good ideas are gradually lost.

Then the price ceiling of the industry is pushed up by rolling it up: under the original intention of pursuing quality upgrades, the Internet play promotes the iterative upgrade of the consumption scene. The most typical example is Zhong Xuegao. The tile shape and the back character pattern cleverly take advantage of the rise of domestic products, combined with the ultimate marketing luxury ingredients, a high-end, national trend brand image is naturally formed. Therefore, in the eyes of the brand, expensive has become a matter of course, and “love or not” has also become a matter of course.

The export of domestic products, whether it is the shaping of brand value or the dissemination of traditional culture, should and deserve to be encouraged. But when the “expensive” dominates the crowd, and even turns the tide, the ice cream will change its flavor.

After all, under this precise marketing, ice cream is no longer just a simple food, but has been given too many social attributes: pictures are good-looking, and there is “traffic” in the circle of friends… When this attribute is used by businesses It was discovered that Internet celebrity has become the best performance window of this social attribute, and value judgment, consumption orientation and cultural cognition are all submerged in this kind of willingness to fight and endure transactions.

Naturally, the play style of Internet celebrities is subverting the ice cream arena. With strange tastes, dark collocations, sky-high gimmicks and overwhelming marketing, ice cream is presenting differentiated “hand-to-hand combat” for businesses under the Internet thinking. Rather than saying that “leeks” are harvested by ice cream, it is better to say that businesses have pinpointed consumers’ social needs.

There is only one summer in a year, and “love or not” can’t stand the consumption several times.