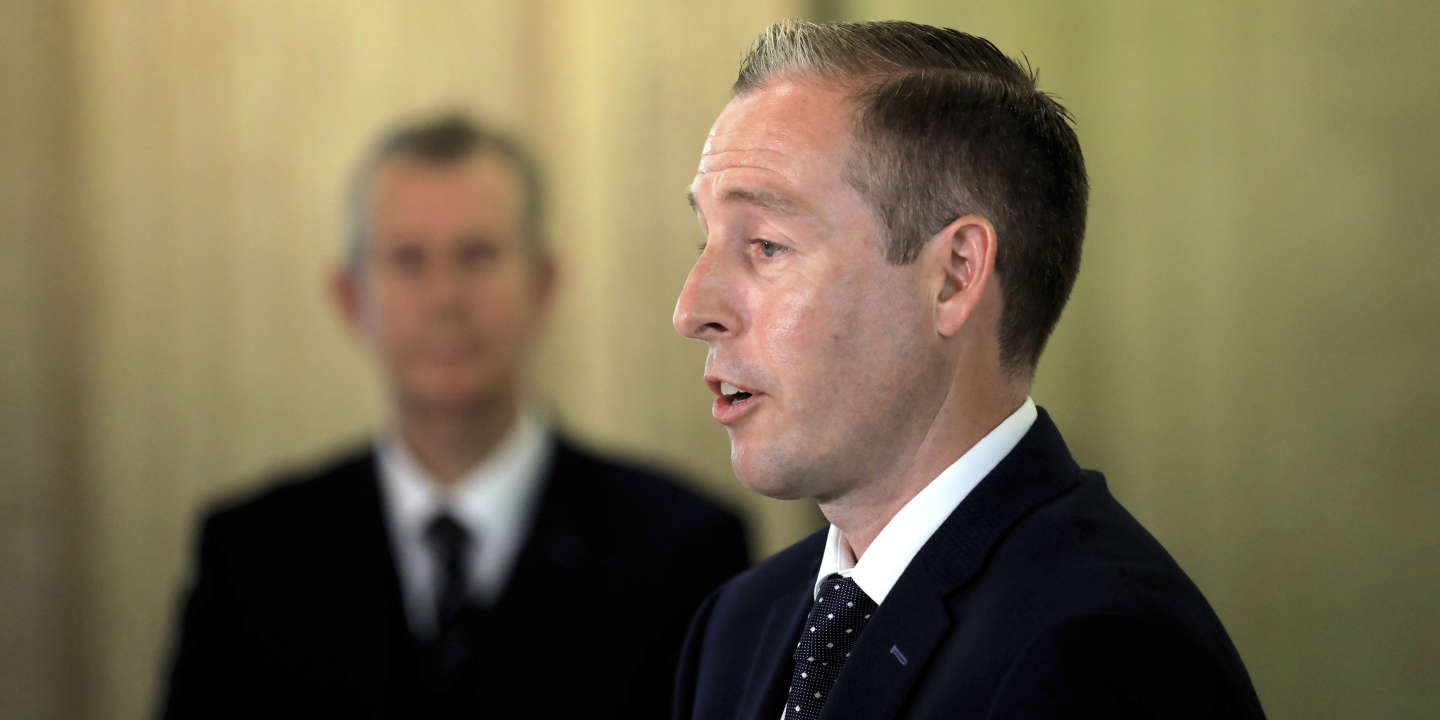 Unionist Paul Givan, a fundamentalist Protestant, was appointed Tuesday, June 8 by his party to lead the government of the British province of Northern Ireland alongside the Republicans, amidst heightened post-Brexit tensions.

At a press conference, Paul Givan said he was aware of “The enormous responsibility that comes with this position”, Especially “In times of pandemic” and of “Necessary economic recovery” in the British province. “We have a lot of things to accomplish”, he added, promising to “Put to work” quickly in order to operate “Efficient transition” and ” slowly “.

“I am privileged and honored to have the opportunity to serve our people in the days to come”Paul Givan also wrote on the Twitter platform.

I am privileged and humbled to have the opportunity to serve our people in the days ahead. When I first entered pol… https://t.co/zWz9oUHguC

Riots of unprecedented violence in April

Northern Ireland gripped by renewed tensions by the United Kingdom’s exit from the European Union, effective since 1is last January, because of the special trade provisions applied to the province to avoid the return of a border with the Republic of Ireland and to preserve the peace.

In early April, riots of unprecedented violence in years left dozens of police officers injured. The doors of the “walls of peace” separating Unionist districts favorable to the maintenance of the British crown, especially Protestants, and Republican districts supporting a reunification of Ireland, mostly Catholic, were set on fire.

Vilified for her powerlessness against the introduction of customs controls on goods from Great Britain as part of Brexit, Arlene Foster, 50, announced on April 28 that she was leaving the head of the DUP at the end of May and her post head of local government at the end of June.

It was Agriculture Minister Edwin Poots, 56, who rejects the theory of evolution and is convinced that the world was created 4000 years BC, who was chosen to lead the party. But he preferred to keep his current position and therefore appointed Paul Givan to take the head of the local executive.

Unless a government restored in 2020 is shattered after three years of political paralysis, which is more than one year of local elections, the new Northern Irish Prime Minister will have to govern with Deputy Prime Minister Michelle O’Neill, from Sinn Fein. This Republican Party and the Unionist Party jointly lead the local executive, under the Good Friday Peace Agreement of 1998, which put an end to the “Troubles”, this violence between Republicans and Unionists which caused some 3,500 dead in thirty years.

Maintaining this fragile cohabitation promises to be delicate in view of the profile of the new DUP leaders. Paul Givan is considered to be a loyal supporter of Edwin Poots, who calls for the abandonment of the Northern Irish protocol contained in the Brexit agreement and which the British government wants to discuss with the European Union on Tuesday at a meeting in London. He was hired at 18 as an assistant by Edwin Poots, according to the Belfast Telegraph, then was his advisor, before becoming local Minister of Communities from 2016 to 2017.

Article reserved for our subscribers Read also Brexit: between London and the European Union, dialogue of the deaf about Northern Ireland

“When I return to Stormont (seat of the local assembly), I do not leave my values ​​at the door”, he declared in 2014 to Daily Telegraph. “My religious beliefs influence all aspects of my life, such as trying to be a good father, husband, citizen and politician. “