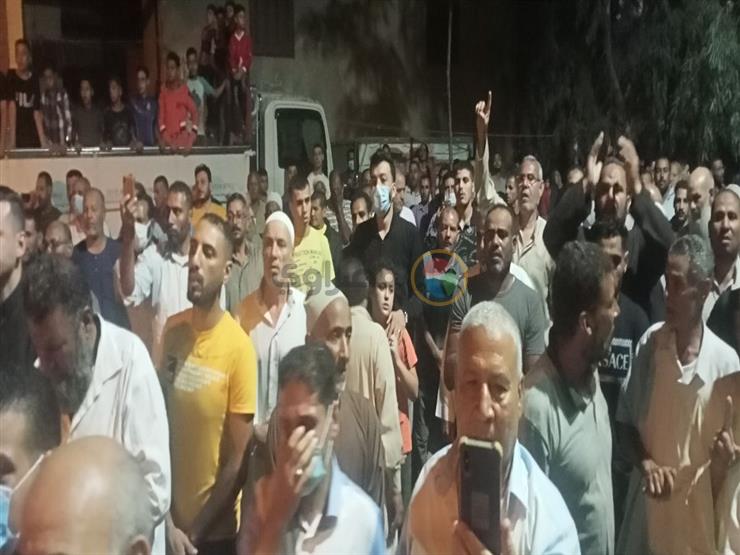 Today, Wednesday, the people of Ezbet Al-Sa’aida, affiliated to Bandar Kafr El-Sheikh, attended the funeral of Eid Muhammad Shehata, 13, in the second preparatory grade at the Mit Alwan Agriculture School affiliated to the Kafr El-Sheikh Educational Administration. classmates in the class.

The student’s body arrived in an ambulance, amid a stampede by the villagers who gathered in the vicinity of the estate, awaiting the arrival of the body, while the people performed the funeral prayer for him in front of the cemeteries, so that his body was buried in the cemeteries of the estate.

The details came back when Major General Ashraf Salah, Director of Kafr El-Sheikh Security, received a notification from Major General Khaled Mohammadi, Director of the Criminal Investigation Department at the Security Directorate, that the First Kafr El-Sheikh Police Department received a report from Mohamed Helmy Shehata, 37 years old, an ordinary worker, residing in Ezbet El-Saayda affiliated to the Center Kafr El-Sheikh, where 3 fellow students accused his son “Eid” of assaulting his son by beating him.

From the student’s father’s report, it was found that his son’s classmates, “Mohammed.A.A.”, “Mohammed.A.A.,” and “Karim.A.M.,” are 13 years old, students in the second preparatory grade, in the same school. They caused his son to suffer from severe fatigue, which developed to transfer him to the intensive care unit at Kafr El-Sheikh General Hospital.

The three defendants were arrested, and they admitted that there had been disagreements with the victim, due to study work related to the precedence of sitting on the separation disk, including the “first step”, and they did not intend to kill him.

Minutes No. 3583 of 2021, Administrative of the First Police Department of Kafr El-Sheikh, were issued with that, and by submission to the Public Prosecution, I ordered the autopsy of the body, the burial after the autopsy, and the imprisonment of the three accused for 7 days by placing them in one of the social solidarity care homes.

On the other hand, and in the context, Dr. Lotfi Abdel Samie, Director of Kafr El-Sheikh General Hospital, revealed, in statements to “Masrawy”, that the deceased student arrived at Kafr El-Sheikh General Hospital in a complete “coma” state of unconsciousness, and with a medical examination, it was found that he had a stroke, and he stopped The heart muscle, and the lack of oxygen to the brain, which prompted him to put him on a ventilator in the intensive care unit.