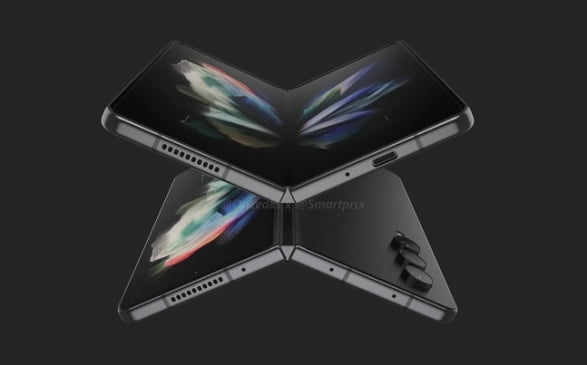 To be released in the second half of this year Samsung(67,400 -0.44%)‘s flagship (top) foldable phone ‘Galaxy Z Fold 4’ full specification information leakeddone.

The IT tipster (information leaker) Ice Universe released photos and detailed specifications of the Galaxy Z Fold 4 through Twitter on the 31st. Ice Universe explained that “the aspect ratio of the Fold 4 has been improved compared to the Fold 3 protective case.” Looking at the released case photos, the Galaxy Fold 4 is slightly wider than the Galaxy Fold 3.

Ice Universe not only revealed the aspect ratio, but also revealed detailed specifications, saying that it is “100% accurate”. The display supports 120Hz refresh rate both inside and outside, and a 7.6-inch QXGA+ AMOLED display inside and a 6.2-inch HD+ AMOLED display outside are applied. As the processor (AP), Qualcomm’s new Snapdragon 8+ 1st generation was adopted, and 12GB of RAM and 256/512GB of storage capacity were installed.

The camera consists of a 50-megapixel main camera, a 12-megapixel ultra-wide-angle camera, and a 10-megapixel telephoto camera (3X) triple camera. The battery capacity is 4400mAh and provides a 25W charging speed, and the operating system (OS) of version 4.1.1 of One UI based on Android 12 is expected to be applied.

Overseas information technology (IT) media ‘Nine to Five Google’ said, “The Galaxy Fold 4 will have a thinner hinge (folding section) so that the internal display can be bigger.” There are also rumors that the weight has been reduced.”

The media also added, “The Galaxy Fold 4 is equipped with a 50-megapixel main camera like the Galaxy S22 Plus camera, so it is expected that it will not fall behind the camera specifications of the highest-end flagship phones.”

Samsungis expected to unveil new products in the second half of this year, such as the Galaxy Fold 4 and the Galaxy Z Flip 4, as early as August.

Ukraine: “most” of Severodonetsk under Russian control