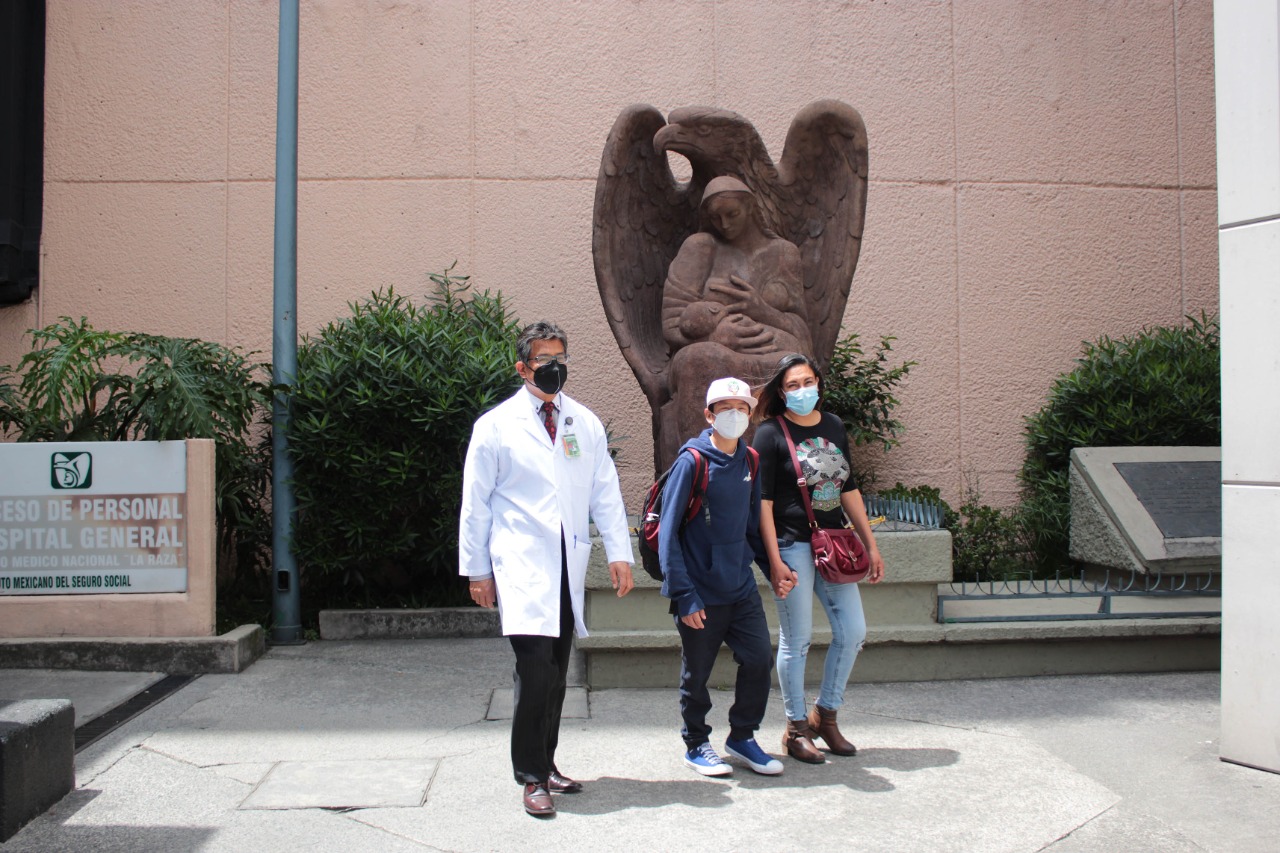 MEXICO CITY., October 13, 2021.- The High Specialty Medical Unit (UMAE) General Hospital Dr. Gaudencio González Garza of the National Medical Center (CMN) La Raza, completed 69 years of uninterrupted activities, time in which it has managed to position itself as a benchmark in the development and progress of the country’s medicine to provide a better quality of life to the right holders.

On October 12, 1952, the history of the first general hospital with specialty care began, which was symbolically inaugurated by then-president Miguel Alemán Valdés.

Dr. Guillermo Careaga Reyna, general director of the UMAE, said that the General Hospital is the “largest in the IMSS system, one of the largest in Latin America” ​​and a precedent of highly specialized medicine, pioneer and progress in medicine. in Mexico.

He pointed out that the hospital, despite being the oldest in the IMSS, continues to be at the forefront for the benefit of its beneficiaries by giving them the care they require with “sensitivity, humanism and warmth in the care of those who see their health vulnerable and deposit this, and even his life, in our hands ”.

Dr. Careaga Reyna stressed that the welfare, quality of life and health care of the beneficiaries is the objective of Social Security and in this UMAE that care is strengthened through the application of high technology, great specialization and experience with which it is counted.

On the sixty-ninth anniversary of the UMAE General Hospital, he recalled that among the medical feats of the hospital, the first open mitral surgery was performed in the country in 1961, in 1967 the first Department of Catheterization was created, 1968 the first Unit was created of Neonatal Intensive Care at the Institute, in 1988 the first heart transplant in the country was performed by Dr. Rubén Argüero Sánchez, who was director of the Hospital.

Among other achievements of this UMAE is the case of Christopher, who arrived at the Hospital in 2014 at the age of nine with data of refractory ascites, abdominal inflammation caused by fluid accumulation related to liver disease, and as a base disease Syndrome of Alagille, a genetic disease that damages the liver and parts of the body.

Due to these conditions, Christopher had a liver failure that warranted starting a study protocol for organ transplantation, which was carried out successfully in 2015.

The cadaveric donor was an adult from which two segments of the healthy liver were removed and placed in the child’s diseased organ, reported Dr. Oscar Martínez Jiménez, specialist in pediatric intensive care at the UMAE of CMN La Raza.

The specialist physician reported that after the surgical procedure, the child improved favorably and on the ninth day he was discharged from the hospital. So far it is kept under surveillance every three months. “The minor has been evolving for six years and the latest control laboratories show that he is asymptomatic and is under immunosuppressive treatment.”

For his part, Christopher pointed out that since he was three years old he had the disease and later, after being treated and receiving a liver transplant by specialists from the UMAE General Hospital of the IMSS, he has managed to do activities that as a patient he could not. “I feel very happy because I am already better. I thank the doctors for treating me ”.

Since the Transplant Program was reactivated in this UMAE after the health emergency caused by COVID-19, this year there have been 6 heart transplants, 33 kidney, 7 liver and 137 corneas. This medical unit is considered a national reference center for heart transplantation in adults and children.

To be a voluntary organ and tissue donor, anyone who so wishes can consult the website of the National Transplant Center: https://www.gob.mx/cenatra/, or visit the IMSS website at the link: http://www.imss.gob.mx/salud-en-linea/donacion-organos, where interested parties can register to become accredited as voluntary donors.