Original Title: General News: The National Table Tennis Men’s and Women’s Team advances to the final and the Chinese women’s basketball team stops in the quarterfinals

(Tokyo Olympics) General news: The National Table Tennis Men’s and Women’s Team advances to the final and the Chinese women’s basketball team stops in the quarterfinals

China News Agency, Tokyo, August 4 (Reporter Wang Zumin) On the 12th day of the Tokyo Olympics, the Chinese Army, which did not play in the superior event, encountered an unexpected second gold-free day, but the victory in several semi-finals was for the Chinese team. One step to win gold lays the groundwork.

Although there was no gold on the 4th, the Chinese team with 32 gold still occupies the top spot. The US team (25 gold), which won a gold medal that day, came second, and the Japanese team (21 gold), which won 2 gold, ranked third.

The Chinese men’s and women’s table tennis team swept their opponents in the semi-finals on the 4th and went one step further on the way to the team’s title defense.

After the match, the new women’s singles champion Chen Meng said that he has been looking forward to this final for a long time, “the three of us will go all out to match our own style and level.” “Little Witch” Sun Yingsha said, she will be prepared for difficulties, but she is confident in the finals.

The originally predicted table tennis men’s team Sino-Japanese duel was “changed” because of the strong resistance of the German team.

In a semi-final in the boxing arena, the Chinese team also made good news. 32-year-old veteran Gu Hong defeated the third seed of the tournament and US player Jones in the women’s 69 kg semi-finals to advance to the final.

The women’s boxing 69 kg final will be held on the 7th. As the second seed of the tournament, Gu Hong will face the top seed and Turkish star Sumenelli.

As the “only seedling” of China’s three major goals in the Tokyo Olympics, the quarter-finals of the Chinese women’s basketball team have attracted more attention. Regrettably, the highly anticipated Chinese women’s basketball team lost to the Serbian team by 7 points (70:77) and missed the semi-finals. So far, China’s three major goals (excluding three-person basketball) have all been eliminated in the Olympic Games.

Although the Serbian team is the Rio Olympic bronze medalist, their performance and results in the group stage are inferior to the Chinese team. Before the game, the Chinese women’s basketball team is more optimistic about the winner of this battle.

By the time the quarter-finals started, the Chinese women’s basketball team did give people hope of winning. They also led by 58:49 by 9 points at the end of the first three quarters. But in the last quarter, the Chinese women’s basketball team collapsed, losing 16 points at 12:28 in a single quarter, completing the opponent and advancing to the semi-finals.

The Chinese synchronized swimming team, determined to hit the gold medal, still couldn’t break the monopoly of the Russian team and won the runner-up in the two-person competition on the 4th.

In the final that night, Huang Xuechen/Sun Wenyan performed the “snake” theme with an outstanding performance and won a high score of 192.4499, but they still couldn’t shake the dominance of the Russian team. At the Rio Olympics, the double silver medalist in synchronized swimming was the “Snow Goose” combination. 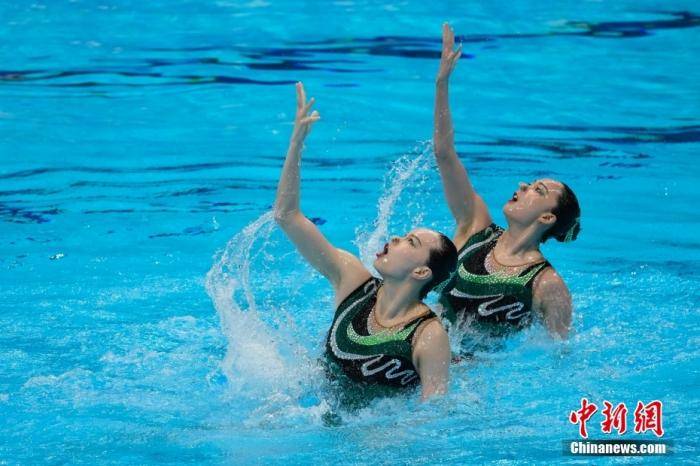 In another swimming event that was also high hopes of the day, the Chinese players missed the medal. In the women’s 10km marathon swimming event in open water, Xin Xin, the world champion and the fourth place in the Rio Olympics, took 2 hours to 0 The score of 10 seconds 1 ranked eighth.

In the men’s 110-meter hurdles semifinals, Xie Wenjun, who participated in the Olympics for the third time, still couldn’t cross the “hurdle” leading to the final. At 13:58, this injury-related performance is still lower than the 13.51 he ran 13 years ago. 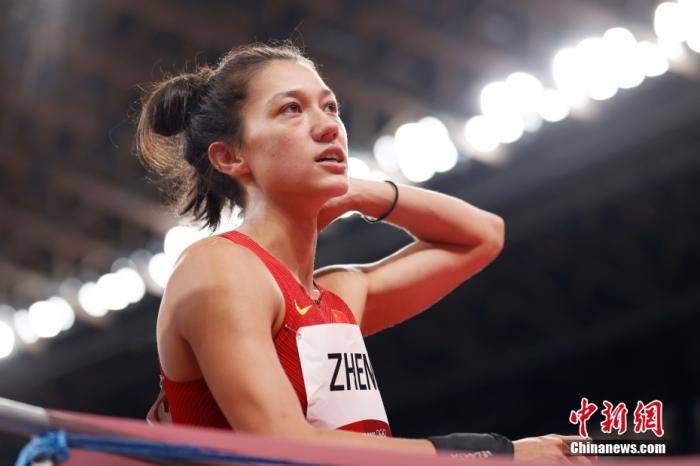 At the women’s track and field heptathlon, 22-year-old Zheng Nina started her Olympic debut as a Chinese athlete. The Sino-German mixed race was Canadian and was the first naturalized athlete in Chinese track and field. Her grandmother was Zheng Fengrong, the first high jumper in China to break the world record.

After finishing the 100-meter hurdles, high jump, shot put and 200-meter competitions on the 4th, Zheng Nina, with a total of 3754 points, temporarily ranked 10th. (Finish)Return to Sohu to see more