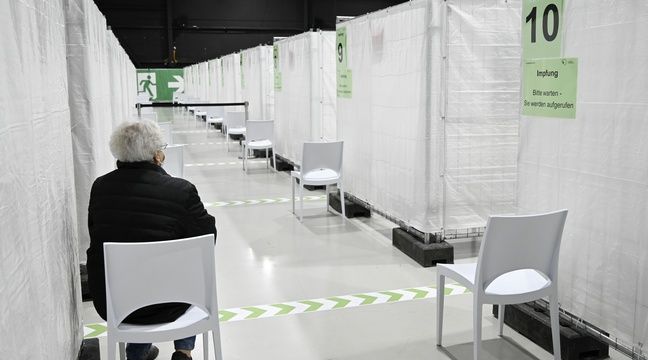 The German government wants to give up giving priority to people over 65 in access to AstraZeneca’s anti-Covid vaccine, following the advice of its experts who doubt its effectiveness for this age group, announced the Minister of Health on Saturday.

“We will now have to review the order of vaccination”, because “of the age limitations of the AstraZeneca vaccine,” said Jens Spahn, during a discussion with healthcare staff. After an initial opinion Thursday, the German vaccine authority reiterated its recommendation on Friday not to authorize AstraZeneca’s vaccine for people aged 65 and over.

Experts believe that “there is not enough data to comment on the effectiveness” of the vaccine on the elderly. They took the opposite view of the European Medicines Agency (EMA), which on Friday approved the use in the European Union for people over 18, without age limit.

Minister Jens Spahn said he wanted to “apply” the decision of the German experts. The vaccine from the British laboratory could be used as a priority to immunize younger people, and in particular “caregivers”, he added.

The official authorization from the German authorities will be unveiled early next week at the latest.

The vaccine developed by AstraZeneca and the University of Oxford is the third to get the green light from the EMA, after those from Pfizer-BioNTech on December 21 and Moderna on January 6.

This authorization comes in the midst of a controversy over delivery delays from the English laboratory in Europe. German Chancellor Angela Merkel has called a summit meeting of German authorities and manufacturers on the subject for Monday.

Despite the delays, Jens Spahn said on Saturday he expected to receive “5 million additional doses by February 22,” including all vaccines.

According to the Robert Koch health watch institute, 2.2% of the German population had received at least one dose of vaccine on Friday, or 1,855,457 people.