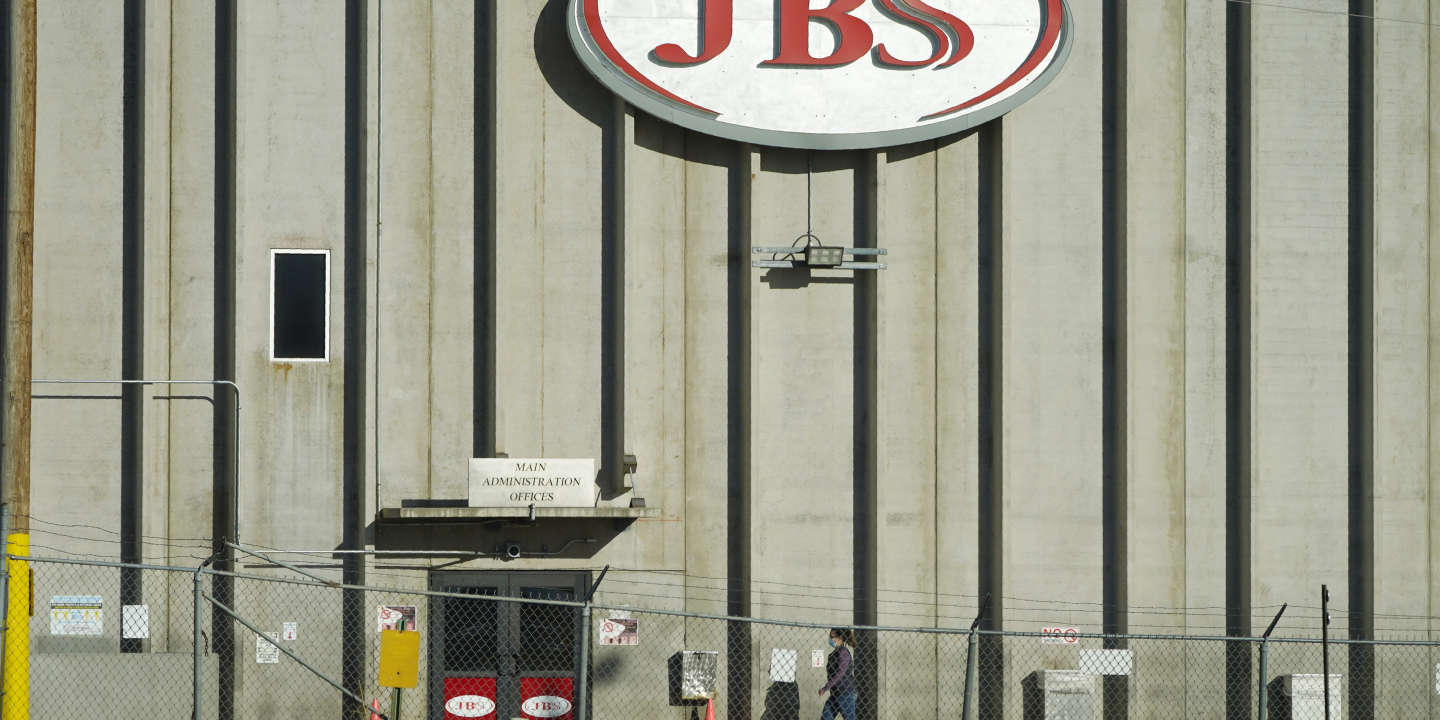 The global meat giant JBS, victim of a cyberattack at the end of May, said Wednesday, June 9 that it had paid a ransom of 11 million dollars (9 million euros) to hackers. “It was a very difficult decision for our company and for me personally”, said Andre Nogueira, boss of the American subsidiary of the Brazilian group, in a statement.

“However, we thought that this decision should be taken to prevent any potential risk for our customers”, he continued. Mr. Nogueira told the Wall Street Journal that this payment was made in bitcoins.

“At the time of payment, the vast majority of the company’s facilities were operational”, underlined in its press release JBS, which is one of the largest agribusiness companies in the world. It was about “Ensure that no data is exfiltrated” and D’“Avoid any unforeseen problem linked to the attack”, depending on the group.

JBS, which specializes in beef, chicken and pork products, had told US authorities that it was the target of a ransomware cyberattack from a “Criminal organization probably based in Russia”, according to the White House.

US President Joe Biden has said he is not ruling out possible retaliation against Russia after the cyberattack. The servers on which JBS’s computer systems are based in North America and Australia had been targeted, notably paralyzing the group’s activities in Australia and suspending certain production lines in the United States. In addition to Brazil and other Latin American countries, JBS is present in the United States, Canada, Australia, New Zealand and the United Kingdom.

Several companies have recently been victims of large-scale hacks. The Colonial Pipeline group, also the target of an attack of this type in early May, admitted to having paid $ 4.4 million to hackers. On Monday, the American authorities announced that they had recovered part of the sum.

The attack on Colonial Pipeline had caused major gasoline supply problems in the southeastern United States for several days. Ransomware or « ransomware » exploits security holes to block computer systems. Its authors then demand a ransom to unlock them. At least $ 18 billion was paid to ransomware hackers last year, according to security firm Emsisoft.