Unlike Microsoft Windows or Apple MacOS, there is a plethora of graphical environments available for Linux distributions. The GNOME development team announced on September 22 the release of version 41 of Gnome. We are happy to announce the official release of GNOME 41. This version, the second to use our new version numbering system, comes after six months of work and brings new multitap settings, improved power management features and many minor updates, said the development team on the Gnome Foundation website.

Remember that GNOME is a free, user-friendly desktop environment whose objective is to make the use of the GNU operating system accessible to as many people as possible; this interface is currently popular on GNU / Linux systems and also works on most UNIX-like systems. Developed by The GNOME Project whose participants are volunteers or remunerated by companies external to the project. Most of the work is done by professional contributors, primarily those working for Red Hat4,5. GNOME is the default desktop environment used in several Linux distributions, such as Ubuntu, Fedora, and Manjaro Linux. GNOME 41 includes significant enhancements for developers and is available in 38 languages.

With GNOME 41, the power mode functionality has been improved. Power modes can now be quickly changed from the System Status menu, and Power Save Mode has been improved, so the screen dims and fades faster when active. The Energy Saver mode is also activated automatically when the battery level is low. The software has been redesigned for GNOME 41, giving it a whole new look. 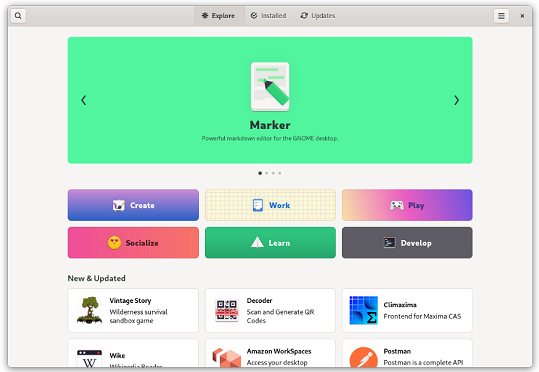 Almost every part of the desktop environment has been improved in one way or another. This includes redesigned settings, more attractive layouts in installed and updated views, better operating system update banners, and much more. The changes are not only superficial: many fixes and improvements have been made. GNOME 41 includes a new mobile network settings panel. It allows you to configure connections to the mobile network and works with 2G, 3G, 4G and GSM / LTE modems. 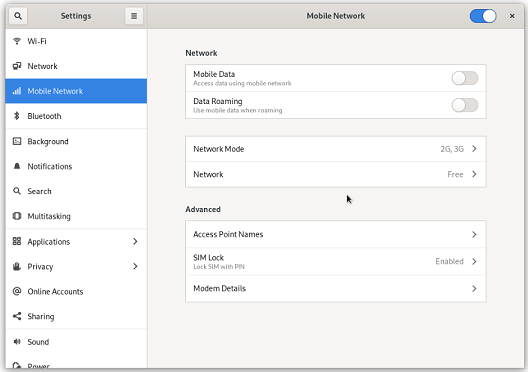 New mobile network settings are only displayed when a supported modem is present. They allow you to define the type of network, to choose whether mobile data should be used, and whether the data should be used roaming. They also support the use of multiple SIM cards and modems, and allow easy switching between networks.

GNOME is continually working on improving performance, responsiveness and fluidity, GNOME 41 includes a series of improvements in this area.
Performance improvements in GNOME 41 mean that the screen will update faster in response to keyboard and pointer input. This change only applies to those using the Wayland session, and the effects will be more noticeable with some notches rather than others (the improvement is more significant on notches with lower refresh rates).

GTK 4 has a new default GL rendering engine, which offers faster rendering and lower power consumption. Finally, a major code cleanup has been done in Mutter, the GNOME window manager, which will improve maintainability and long-term efficiency. GNOME 41 is the second version to use GNOME’s new version numbering system. This replaced the old approach of odd and even point versions with a single, simpler integer. The next version, version 42, is scheduled for March 2022.

Are you a user of Linux systems, what desktop environment do you use? Why ?

What do you think of GNOME and the improvements made?

KDE Plasma 5.19 is available and comes with pure and consistent photographic avatars, desktop components and widgets, as well as easy-to-use system settings

KDE version 5.20 debuts with many changes, including improvements to dozens of components, widgets and general desktop behavior

GNOME Shell Team Announces the Release of GNOME 3.38 which will Bring Several Mutter Enhancements and Many Other Features