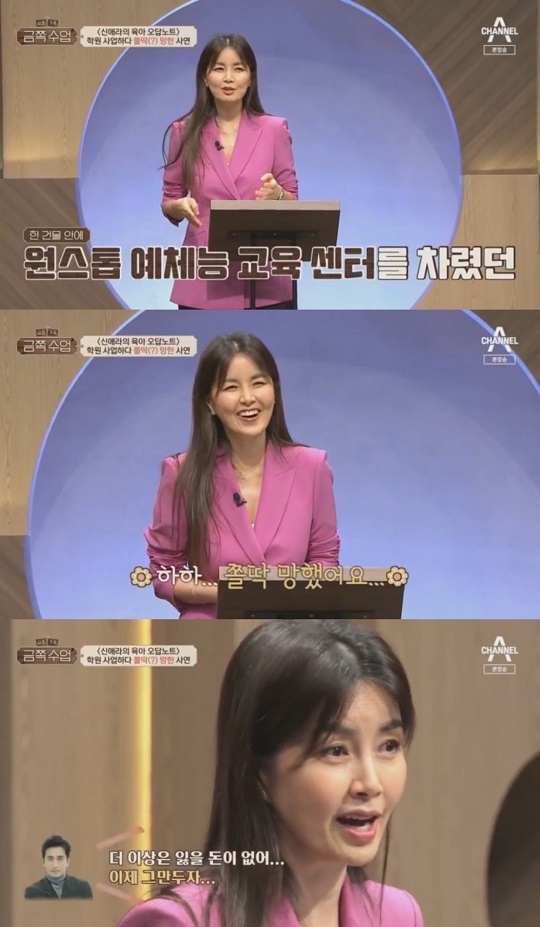 In the Channel A entertainment program ‘These days of family gold class’ (hereinafter referred to as ‘gold class class’), which was broadcast on the 30th, Shin Ae-ra appeared as a lecturer.

On this day, Shin Ae-ra said, “I am a lecturer now, but I have enjoyed many positions as well as acting. In the middle, I had a business.

I’ve even had a job as a businessman,” revealing an unexpected history.

When asked what kind of business she did, Shin Ae-ra said, “I thought it would be good for children to laugh and go around, so I created a space for music, art, and books to play in one building.”

He continued, “I made it, but it was ruined.

Because they wanted elementary school children to attend, but their parents had to send Korean, English, and water (hagwon) on weekdays, so there was no need to send such arts and sports on weekdays.” He explained the reason for the failure of the business. It’s not like that, but the mothers came holding the children’s hands,” he added.

In the end, Shin Ae-ra said, “My husband Cha In-pyo said, ‘I have no more money to lose. Let’s quit,’ so I quit,” he said, explaining the story of quitting the business.