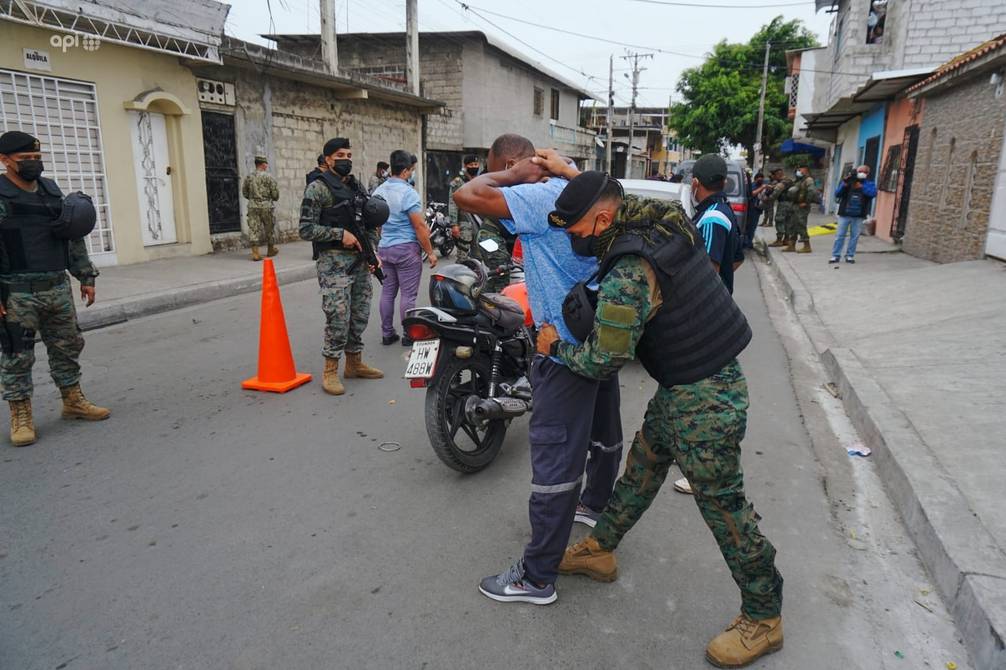 The US Embassy also warned its diplomats to avoid going to the south of Guayaquil due to the rise in crimes. Two alerts were a fluke, he said.

The United States Government this week included Ecuador in a list of 22 countries with the greatest transit or production of illicit drugs on a global scale.

In a statement released this Wednesday, the 15th it was detailed that the inclusion of these countries in said list is due to the combination of geographical, economic and commercial factors that allow the transit and production of drugs, even if each Government has adopted solid and diligent measures of narcotics control and law enforcement.

However, this Friday, September 17, another statement was issued clarifying the inclusion of Ecuador in the list, as the controversy arose.

The United States Government pointed out that the presence of a country on that list is not a reflection of the anti-drug efforts of its Government. nor the level of cooperation between both nations.

In fact, highlight that in recent years the amount of drug seized has increased significantly in Ecuador. In 2019, 76 tons were seized nationally; while in 2020 it was 120 tons, despite the pandemic. So far in 2021, 122 tons of drugs have already been seized.

In the first document, the president of the United States, Joe Biden, singled out Peru and Venezuela for not having made substantial efforts to comply with their obligations stipulated in international anti-narcotics agreements.

On September 16, another statement was also issued. The United States Embassy in Ecuador issued a security alert to warn the collaborators of the diplomatic representation, including the Consulate of Guayaquil and their families, to avoid moving south of the Main Port until further notice.

Foreigners were instructed to avoid the areas of the city located south of Avenida Portete, as they point out that the increase in violence is due to the fact that it is increasingly difficult for organizations to smuggle their illegal drugs out of Ecuador.

This is due to the recent acts of violence registered in the city, since there are already 245 violent deaths in Zone 8 (Guayaquil, Durán and Samborondón). It is estimated that 30% of these crimes have been registered in the southern area of ​​Guayaquil.

According to the United States Government, these two alerts were a chance. (I)