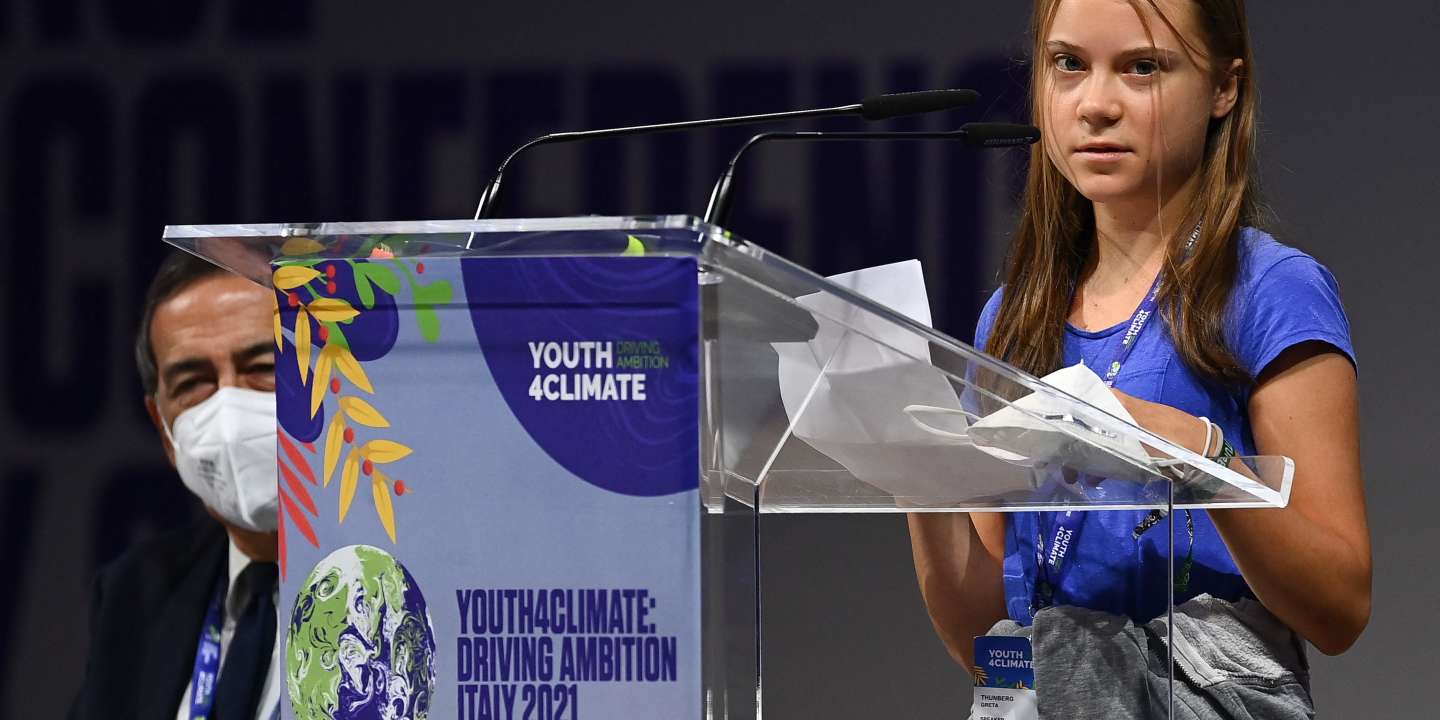 Swedish activist Greta Thunberg denounced Tuesday, September 28, “Thirty years of blah-blah” on the climate of world leaders, accusing them of having “Drowned” the hopes of young people in their “Empty promises”.

“Of course we need a constructive dialogue but they have now had thirty years of blah-blah and where has that taken us? “, said the activist, qualifying the lack of action “Deliberate” world leaders from “Betrayal of present and future generations”.

Article reserved for our subscribers Read also “Bigger Than Us”, “Once you know”, “I Am Greta” and “Green lung and red carpet”: documentaries committed to saving the planet

“Hope always comes from the people”

The UN, Italy and the British presidency of COP26 have invited 400 young people from nearly 200 countries, aged 15 to 29, to Milan for three days to draft a joint declaration that will be submitted to ministers at a meeting which will take place at the end of the week.

“They invite handpicked young people to meetings like this and they pretend to listen to us, but they don’t, they don’t listen to us, they never have.”, launched Greta Thunberg at the podium in front of the organizers of the event. “But we can change things. “

As climate disasters multiply, the commitments of States are still not up to the task to meet the objectives of the Paris Agreement to limit global warming to well below 2 ° C compared to the pre-industrial era. , if possible 1.5 ° C. According to the latest UN assessment published in mid-September, the world is heading for global warming “Catastrophic” of 2.7 ° C.

Article reserved for our subscribers Read also The world on the “catastrophic” path of 2.7 ° C global warming