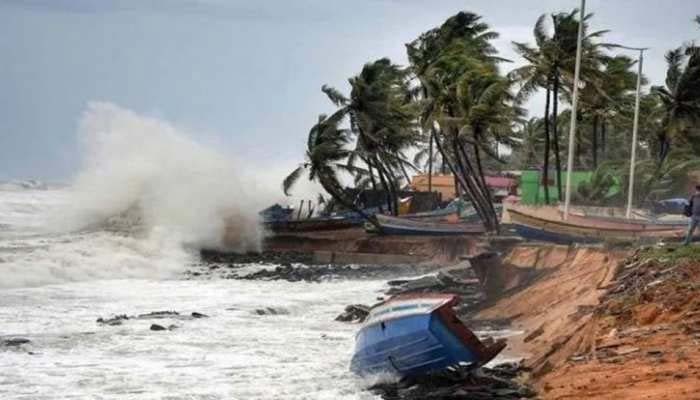 Cyclone Gulab: The Visakhapatnam airport was submerged in heavy rains following Hurricane Gulab, which formed off the coast of Andhra Pradesh and Odisha.

Flights from Visakhapatnam will be delayed due to the floods, officials said.

Gulab Hurricane (Cyclone Gulab) Caused heavy damage. The worst affected districts are southern Odisha and northern Andhra Pradesh. Several people have been reported killed in the cyclone in Andhra Pradesh and Odisha. Two killed in fishing boat capsize off Srikakulam, Andhra Pradesh Three were rescued by the Coast Guard. No one has been found yet. In Odisha’s Ganjam district, a house collapsed and four members of a family were trapped in the rubble. Three people were rescued but the landlord died.

Trees fell and landslides disrupted traffic, including in Visakhapatnam. Heavy rains continue in northern districts of Andhra Pradesh. There are floods in low lying areas

However, the intensity of Hurricane Gulab, which made landfall at a speed of 95 kmph, has started declining.