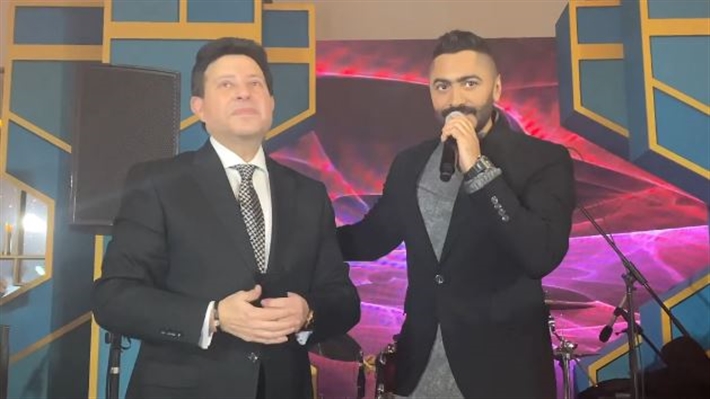 The artist Hani Shaker nominated the artist Tamer Hosny to embody his biography if he presented it in a dramatic work.

Hani Shaker said during his meeting on the “Charbel Receives” program via CNN Arabic, that he feels that Tamer Hosni is similar to him, and when they presented together his song “Forgetting you is difficult”, he felt that it resembled his singing color.

We recommend: Sherihan’s brilliance and impressive reviews … 10 notes on the play “Coco Chanel”

He added, “Tamer is close to my title on a personal level.”

And about the artist who can embody the role of his wife, Mrs. Nahla, the artist chose Yousra, explaining that he resembles her in bearing responsibility and her personality is very close to her.

On the other hand, the official page of the artist Hani Shaker announced the date of his postponed concert at the Fountain Theater in the Egyptian Opera House, and it will be scheduled for August 1.

Hani Shaker had apologized for his concert at the Egyptian Opera House during a video, saying, from his sick bed, that he felt a rapid heartbeat, so he went to the hospital to check on his health, but he was detained in intensive care until he was reassured and the necessary tests were performed, and therefore the ceremony was postponed.

Do not miss: a sudden surgery, a medical error, and a mystery about her health… Stations in the life of the “screen cat” Yasmine Abdel Aziz