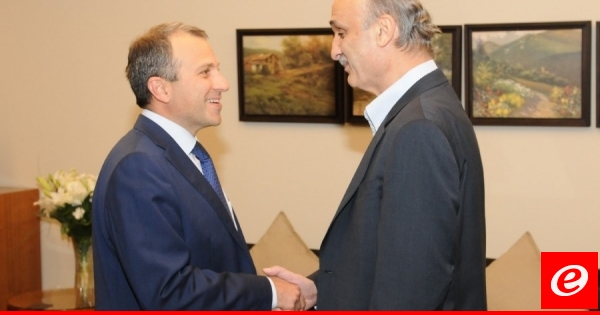 The Bulletin is not responsible for the opinions found in the “Selected Articles” box, but rather expresses the opinion of its author and the media outlet published in it exclusively, and was published at the request of the author.

What is happening between the head of the “Apologised” Future Movement, Saad Hariri, and some Christians? And what was revealed by his bitter experience as a designating president, who failed over the course of about 9 months to gain the trust of some?

A number of Christian forces succeeded in establishing something like a “balance of deterrence” with Hariri, without there being direct coordination between them or a joint administration for the confrontation with the “future” president.

It is true that Hariri’s apology is due to several complex reasons, some of which are external and others are internal, but it is also true that the Christian factor was advanced and influential within the range of local considerations that prevented Hariri from being able to form, as it was not easy for him to form a government without a “thick” Christian cover. ’, which he lacked until the last moments before announcing his apology.

Thus, Hariri had gathered Basil and Geagea against him in the government file, even if their meeting under this roof was local and “passing the way”, as it did not exceed the limits of each of them refusing to respond to his attempts to win over one of them during the commissioning and authorship stages, in addition to the fact that the head of a political party “The Kataeb” Sami Gemayel made his choice early on boycotting all symbols of power, including Hariri, who suddenly found himself facing a large part of a basic component without which governance and balance would not be right, in accordance with the rules of the constitution and political norms.

Al-Hariri endeavored to extract the energy of Christian support from one of the production plants in Mirna Al-Shalouhi and Maarab, but his attempts failed, and the two competing and conflicting Christian forces met to refrain from covering his supposed government, each for its own reasons and considerations. Bassil contented himself, after the mediation of “the two Khalils,” by agreeing to give the government a modest and symbolic trust, which seemed to Hariri to be humiliating, neither fat nor hungry. And if Hariri accepted his assignment without the support of the Free Patriotic Movement, hoping for compensation upon formation, he did not digest the “charity” for him with the orange crumbs of votes devoid of political fat, and he agreed to give the President of the Republic 8 worthy bags, in his opinion, Complete confidence.

As for Geagea, he did not respond to Hariri’s attempt to persuade him to participate in the government and obtain part of the ministerial quota allocated to Christians, which, if it happened, would have freed the then-designate from Aoun and Bassil’s control of managing negotiations over this quota.

Hariri felt that Geagea had once again disappointed him and abandoned him for populist motives, after he had failed him before when his ministers resigned from the government in an abrupt manner after the uprising of October 17, 2019. In any case, the head of the “Mustaqbal” did not delay in responding to Sa’in during his last interview, He has already announced that Geagea is not his candidate for the presidency, in a situation that involves settling accounts with a retroactive effect.

Accordingly, Basil and Geagea have, in their own way, conveyed a message to Hariri, to the effect that he cannot form a government without reaching an understanding with the two largest parliamentary blocs in the Christian environment, or with one of them. It is a message in which the politician mixed with the charter, and it redrawn the boundaries of internal balances and the sectarian equator.

The “Free Patriotic Movement” and the “Lebanese Forces” party said it frankly to Hariri: “Without us, you cannot form a government, and your Islamic understandings do not compensate you for us, even if we are divided.”

But this does not mean that the “current” and the “forces” will reconsider the “Maarab Agreement”, which no longer has any place in expression, and its validity has expired a long time ago. It is just a circumstantial intersection of the animosity against Hariri, and the common animosity with the other does not necessarily lead to an agreement within the Christian community, where the dispute over strategic options and tactical interests separates Basil and Geagea.

The growing apathy between the Maronite Patriarch Bechara Al-Ra’i and the head of “Al-Mustaqbal” exacerbated Hariri’s problem with the supposed Christian partner. This apathy began with the gradual separation between them in the approach to forming the government before Hariri’s apology, and then expanded with Al-Ra’i’s announcement yesterday of the need for a designated president to be up to the challenges. The position of the Patriarch was expressed through a statement made by the administrator of the Future Web site, George Bkassini, and this is one of the rare occasions in which a sharp and public response from the “House of the Center” to Bkerke is recorded.