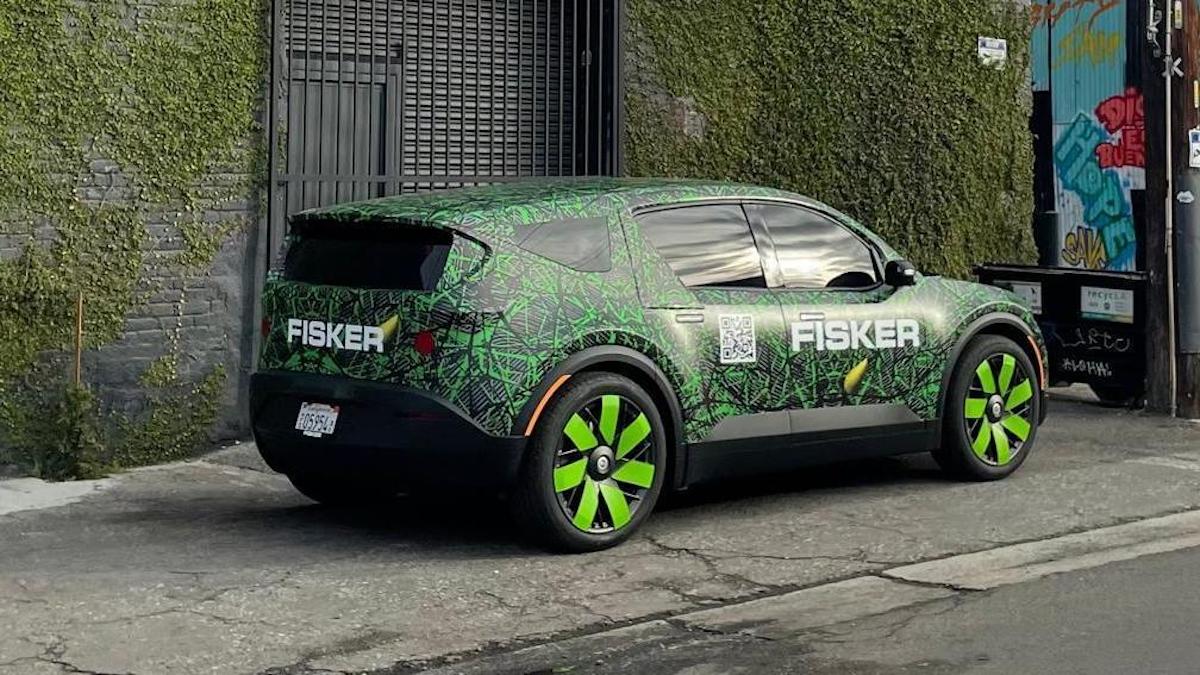 Announced last year, the upcoming Fisker Pear electric car is long overdue, but recent official photos of the car suggest it may be on show soon.

You may have heard of the builder before. Fisker, directed by Henrik Fisker, a man who worked for the automotive industry before launching his own brand (we owe him the design of the Aston Martin DB9). Although Fisker does not have the same long history as a Volkswagen or that a Toyotathe brand has been present in the automotive landscape for several years now.

First of all there is the new Fisker Oceana 100% electric SUV, at an affordable price, which is currently starting its marketing with its solar roof. But there was also, in 2011, the Fisker Karma, a rechargeable sports sedan that did not really meet the expected success.

Fisker finally on the right track?

As stated, the career of the Fisker Ocean is currently beginning and the American SUV intends to overshadow the Tesla Model Yin particular via more contained prices.

As a reminder, the entry-level price for the Sport finish will be 41,900 euros, excluding bonuses, with a single engine with transmission to the rear wheels. Next comes the Fisker Ocean Ultra, with 610 km ofautonomy under the WLTP mixed cycle, an all-wheel drive with two motors and a price of 57,500 euros excluding bonuses. The top-of-the-range Extreme version trades for 69,950 euros for 630 km of autonomy and a roof made up of solar panels.

But the Fisker Ocean will soon have the right to a little sister. Indeed, our German colleagues fromCar picture flushed out a prototype of the new Fisker Pear near Los Angeles. It is neither more nor less in the style of a Fisker Ocean with more compact dimensions. It should be 15 cm shorter, approximately 4.55 meters. The wheelbase and overhangs will be reduced compared to the Ocean, while the prototype is adorned with huge 22-inch rims.

In a very short video posted on the Instagram account of the boss of the brand, we can see the Fisker Pear rolling in the street of an American city.

Henrik Fisker previously said than this car “will be a revolutionary electric vehicle that will not fit into any existing segment”. And indeed, in view of the photos, this model seems to be halfway between an SUV, a crossover and a compact.

A LiDAR for the Fisker Pear?

During the presentation of the results for the first quarter of 2022, Fisket announced that the Pear would benefit great connectivity and numerous driving aids. One of the teasers showed a front panel sporting a sensor similar to a LiDARwhich presages a system of autonomous driving very advanced. The car can also receive OTA updates.

Fisker has already announced that the car will be available in two configurations: rear-wheel drive with a single engine and all-wheel drive with two electric blocks. It will also offer two battery packs which should be those of the Fisker Ocean. The autonomies should therefore be quite similar.

This vehicle will be offered from 29 900 dollars in the USA. Reservations are already open. The car is expected to hit US roads in 2024. If launched in France, prices are expected to be slightly higher.

We reviewed the Fisker Ocean. A few weeks from the first deliveries, the 100% electric SUV soon seems ready to challenge Tesla.
Read more

All leaks, announcements and trailers