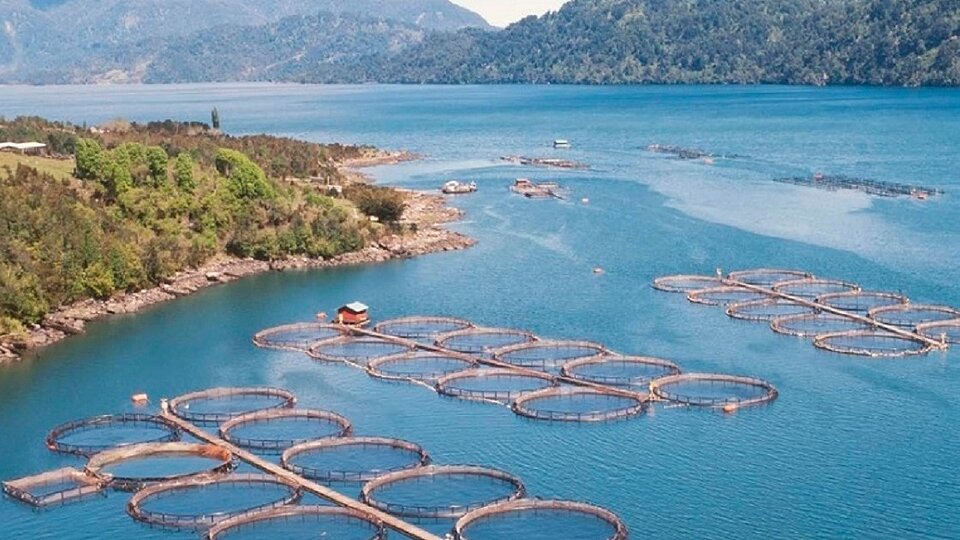 The Legislature of Land of Fire unanimously approved this Wednesday a law that prohibits salmon farming in the province, a decision that is historic since it is the first country in the world to legislate against this harmful activity for the environment.

The project presented by the provincial deputy Pablo Villegas, of Fuegian Popular Movement, and supported by local and national environmental organizations, is the corollary of a process that began in 2018, when the possible establishment of salmon farms in the Beagle Channel was installed with force.

Strictly speaking, it was only a feasibility project signed by the former governor Rosana Bertone with Norwegian companies, derived from a cooperation agreement signed earlier by the former president Mauricio Macri with authorities of the same country, where the activity is allowed.

The feasibility studies were never completed and Bertone decided not to move forward with the project, although Non-Governmental Organizations (NGOs), which were joined by scientific referents from Conicet and academic entities such as the National University of Tierra del Fuego (Untdf) began to insist on the sanction of a law that would prohibit salmon farming at the provincial level.

In turn, prestigious chefs joined the cause and due to public pressure and the work of the Yagán indigenous community, the salmon cages that had been installed in 2019 in Puerto Williams, on the Chilean side of the Beagle Channel, were declared illegal.

“Until now, no antecedents of legislation at the provincial or national level have been registered in the world that protect ecosystems from the damages of this industry prior to starting operations,” they said from Greenpeace Argentina through a statement.

In this sense, the environmental organization pointed out that it is an “event that sets a historic precedent for the rest of the country and the world ” and that “in this way, Tierra del Fuego avoids the environmental disaster that salmon farming may have caused in the Beagle Channel.”

“The ban on industrial salmon farming is a Law in Tierra del Fuego. It is an achievement of all Fuegians!” Villegas celebrated on his Twitter account.

What does the law say that prohibits salmon farming

The law, which was modified during the legislative work in committee, prohibits “the cultivation and production of salmonids in jurisdictional waters of the province” in order to “ensure the protection, preservation and safeguarding of natural resources, genetic resources and lake and marine ecosystems” of Tierra del Fuego. The prohibition will not be absolute because it will contemplate “cultivation activities for restocking” and will recognize “existing aquaculture projects.”

In its foundations, the project establishes that “salmon is a species alien to the southern ecological environment, whose appearance would cause a dramatic imbalance in the marine environment, particularly due to the ability to generate viral, parasitic and bacterial diseases that are not typical of our latitudes by virtue of the industrial approach of hatchery and its subsequent processing “.

In addition, it indicates that “the use of antibiotics that end up spreading in the water generates countless failures in the micro environment, many of them irreversible.”