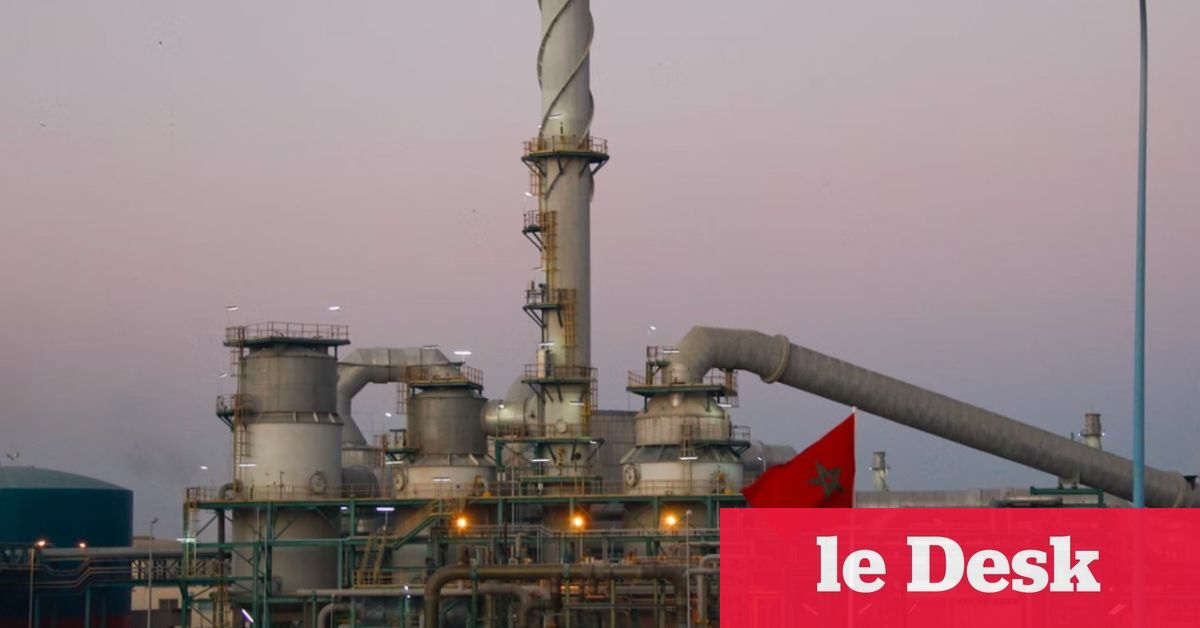 Unpublished official e-mails and diaries obtained by an American public policy monitoring organization lift the veil on the way in which Mosaic, OCP’s great rival, manipulated decision-makers in Washington to overtax fertilizers from Morocco and profit of a monopoly situation

Never-before-seen emails and meeting notes reveal how Mosaic, one of the largest fertilizer producers in the United States, lobbied the Trump administration to restrict competition, in particular from the OCP group by imposing tariffs that are now contributing to inflation and the global food crisis

Just months into Donald Trump’s presidency in 2017, Mosaic Co. retained the services of Ballard Partners, as revealed Le Desk in July 2020, whose founder was a top fundraiser for the Trump campaign, to impose tariffs on fertilizer imports.

With Ballard’s help, Mosaic executives arranged high-level meetings with White House trade officials to discuss what they claimed were unfair subsidies for foreign importers, according to emails obtained via a request through the Freedom of Information Act (FOI) process by American Oversight, a nonprofit US public policy watchdog.

The year-long lobbying campaign led the Trump administration to recommend tariffs in 2020 that went into effect last year on phosphate fertilizers from Morocco and Russia, the world’s fourth and largest fertilizer exporter respectively. . As foreign imports plummeted, Mosaic took control of 90% of the US phosphate fertilizer market.

The disclosures relayed by the investigation site The Intercept show that Mosaic paid Ballard $1.49 million in lobbying fees.

Shortly after signing with Ballard Partners, Mosaic executives traveled to Washington, DC, to argue that phosphate fertilizers produced in Morocco, which controls nearly 75% of the world’s phosphate reserves, constituted “a competitive threat” for their business. At the time, fertilizer prices were low and US suppliers argued that foreign state-owned companies, such as OCP, were being unfairly subsidized.

On June 5, 2017, Syl Lukis, a Ballard lobbyist, wrote that he was representing Mosaic in an email to an adviser to the U.S. Trade Representative. Lukis sought to meet with the Trump administration’s top trade negotiator, Robert Lighthizer.

Lukis wrote in an email that Mosaic’s CEO and senior vice president of phosphate production had already scheduled a meeting with Peter Navarro, the director of the National Council of Commerce.

“There are international trade issues they would like to discuss regarding Moroccan phosphate production,” wrote Lukis.

Later that month, Mosaic executives were scheduled to meet with Commerce Secretary Wilbur Ross. The emails show the meeting was scheduled by Lorine Card, an inside Mosaic lobbyist, and Linda Dempsey, vice president of international economic affairs policy at the National Association of Manufacturers, a trade group for which James O’ Rourke, the CEO of Mosaic, is a member of the board of directors. Correspondence shows that the lobbyists coordinated the meeting with a group of Commerce Department officials, including Eric Branstad, the son of then-ambassador to China Terry Branstad.

Meeting records show a scheduled meeting for O’Rourke with Acting Commerce Undersecretary for International Trade Israel Hernandez, and Mark Kaplan, an executive in Mosaic’s phosphates division. Their diaries show that the meeting took place on the same day that Ross had planned to meet with Mosaic executives. It could be that these were combined meetings, which adds to the thesis of serious collusion between Mosaic and government decision-makers.

Discussions revolved around “key trade issues, including trade with the EU as well as competition here in the US from China, Russia and Morocco”Dempsey wrote.

E-mail arranging a meeting between the boss of Mosaic and the undersecretary for international trade. Source: American Oversight

In July 2020, after years of lobbying Trump officials, Mosaic formally filed a petition with the U.S. International Trade Commission (ITC) for a countervailing duty investigation to determine whether Moroccan and Russian exporters have received unfair subsidies.

The opening of the investigation had prompted OCP to freeze its presence in the American market and to recruit in October of the same year the influence firm Covington to defend its interests before the American regulatory authorities. Other lobbyists had been called upon in the United States by the phosphate giant, such as Cornerstoneof its subcontractor Paul DiNino and of the Cogent firm headed by the influential Kimberley Fritts, who, to beef up OCP’s discourse, had launched a vast communication campaign in defense of American farmers penalized by the increase in fertilizer prices.

American agricultural lobbies have criticized these measures and filed a trade complaintarguing that the tariffs granted Mosaic a “Almost monopole” on phosphate fertilizers. Several pressure groups, such as the powerful National Corn Growers Association (NCGA) led by Chris Edgington had decided to take action in early 2022.

In the argument of one of their memoirs, these lobby groups showed that the US government erred in attributing a supply imbalance in the phosphate fertilizer market in 2019 to Moroccan and Russian subsidies. Farm groups claimed that Mosaic and another US company, Nutrien, had slowed production at its factories while increasing exports.

Open Markets Institute, a think tank that studies competition policy, confirmed Mosaic’s maneuver in a document from last July, saying that Mosaic in 2014 acquired the phosphate fertilizer business of competitor CF Industries for 1.2 billion dollars (MM $) and then decided to cancel the project for a new factory of 1.1 MM $ in Louisiana which “would increase the production of ammonia necessary for the manufacture of finished phosphate fertilizers”, as well as a $1MM plant in Florida for the processing of phosphate fertilizers.

Mosaic is also accused of insider trading for using his savings to buy back his own stock. Following the imposition of customs duties on foreign competition, notably OCP, Mosaic’s shares roughly doubled over the following year, rising from 31.15 dollars ($) to 61.92 $. The stock price is now hovering around $50.

In other words, Mosaic consolidated its market share, reduced the supply of fertilizers, then used its profits to rake in substantial margins in the financial markets while lobbying political power to restrict competition by blocking by countervailing duties on exports from the OCP group destined for the American market.

According to a Texas A&M University study cited by The Intercept, U.S. farmers are facing fertilizer prices four to five times higher than a year ago, driving up costs for a wide range of crops. Phosphate fertilizer at the start of the planting season this year was double the price of the previous year.

Reaching record highs, the costs of key fertilizers are also fueling a global food crisis. While the war in Ukraine and supply chain issues have been major factors in the ongoing crisis, tariffs as well as war-related sanctions against Belarus and Russia have destabilized agricultural markets and the opposition to prices has increased.

In March, a bipartisan group of congressional lawmakers wrote to ITC President Jason Kearnsasking the trade body to reconsider the duties imposed on phosphate fertilizer products imported from Morocco.

Mosaic has asked the U.S. government to oppose lifting the tariffs as the case is now in the hands of the United States Court of International Trade. In a letter to Agriculture Department officials last month, Ben Pratt, Mosaic’s senior vice president of government and public affairs, attributed the spike in fertilizer prices to “many events, including geopolitical ones” as well as “supply disruptions, inflation and other countries having restricted fertilizer exports to preserve their domestic supply.”

Except judgment canceling the surcharge which affects OCP products or even a Joe Biden’s political decisionfertilizer tariffs will remain in full effect until 2026.

Tour de Burgos: Tripled from Jumbo-Visma on the second stage, Touzé suffers from a head injury