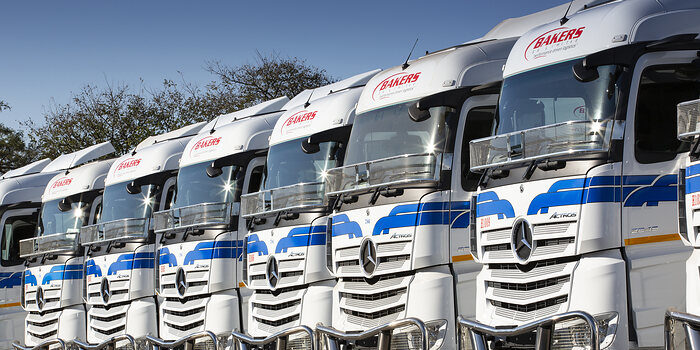 Daimler Truck separates from Mercedes-Benz and has ambitious goals with hydrogen trucks. The manufacturer of commercial vehicles is cutting jobs for the mobility transition – the reason is surprising.

Daimler Truck operates as an independent stock corporation and relies on battery and hydrogen drives.

Trucks and buses are getting more attention: Daimler Truck is also reinforcing the e-strategy Battery and hydrogen vehicles. But business in Europe could do better. The car manufacturer plans to cut jobs in the next ten years.

The switch to electric drives is a key challenge for Daimler Truck. This change will mean that numerous jobs will be lost.

“In our factories, in which gearboxes, engines and axles are manufactured, 30 to 40 percent of the tasks and thus the jobs can be eliminated,” says Daimler Truck boss Martin Daum.

The job cuts are planned for the next ten years. Building an electric vehicle is less labor intensive, the company said. In addition, the Daimler-Group into two independent joint stock companies. Daimler Truck is represented at 35 main locations around the globe. Around 100,000 employees work for the manufacturer of trucks and buses.

Mercedes-Benz and Daimler Truck are going their separate ways

Mercedes-Benz and Daimler Truck split up – the challenges for cars and vans as well as for large commercial vehicles such as trucks are too different. This way, both divisions can better concentrate on the needs of customers, says Daum. Daimler Truck has an annual turnover of 40 billion euros and is one of the world market leaders in the truck and bus business. According to Daum, the company has been generating operating profits of two billion euros for years and is “rock solid and very well financed”. However, the competition is causing problems, which would be better off on the financial side. Above all, business in Europe has to get better. 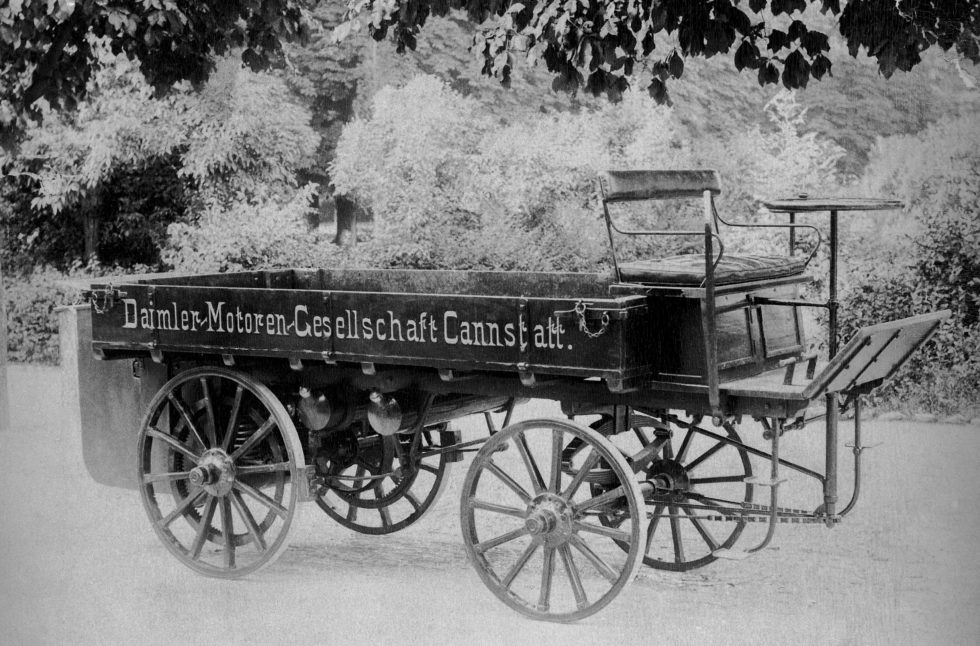 The first Daimler truck from 1896. 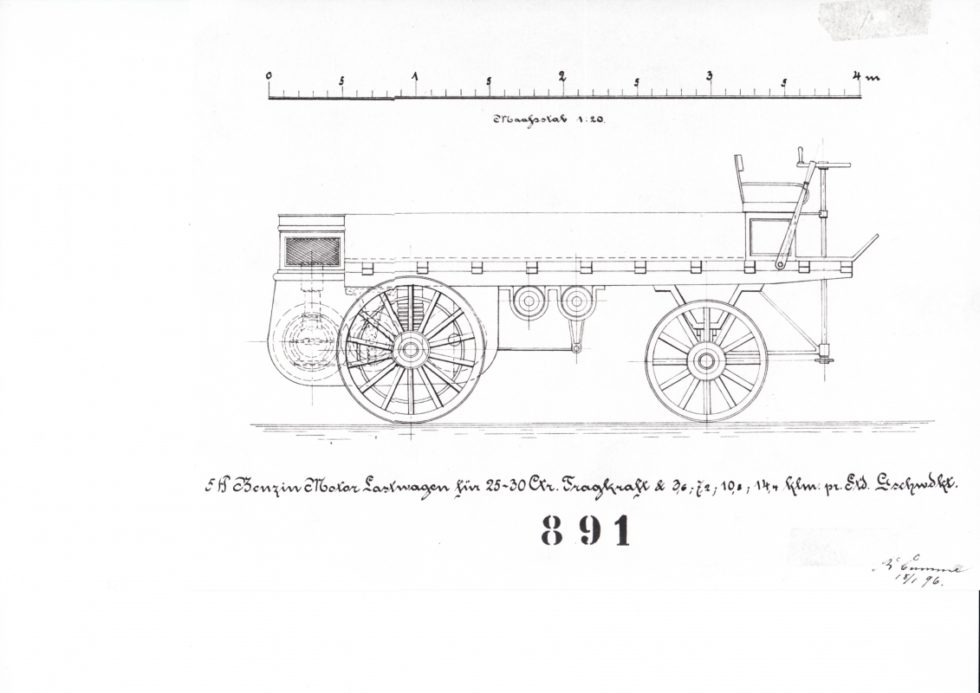 An early scheme for the original Daimler truck. 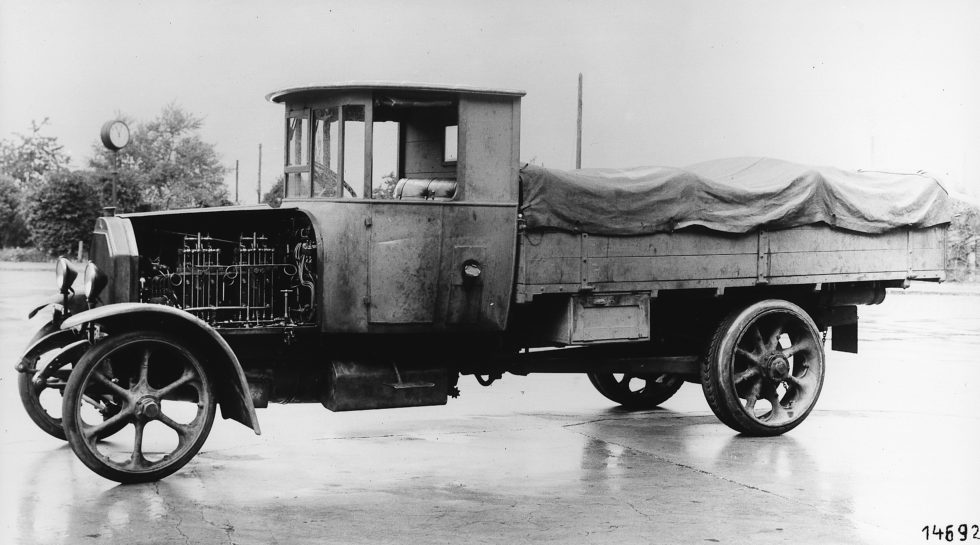 They were shapely, the very old diesel trucks. But the lights will soon go out for the diesel. 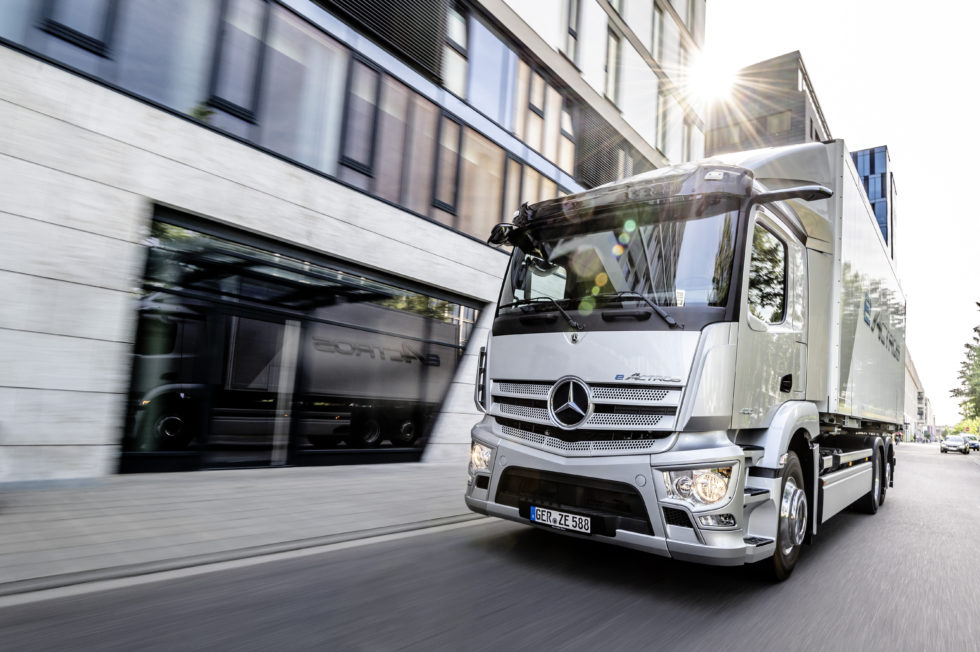 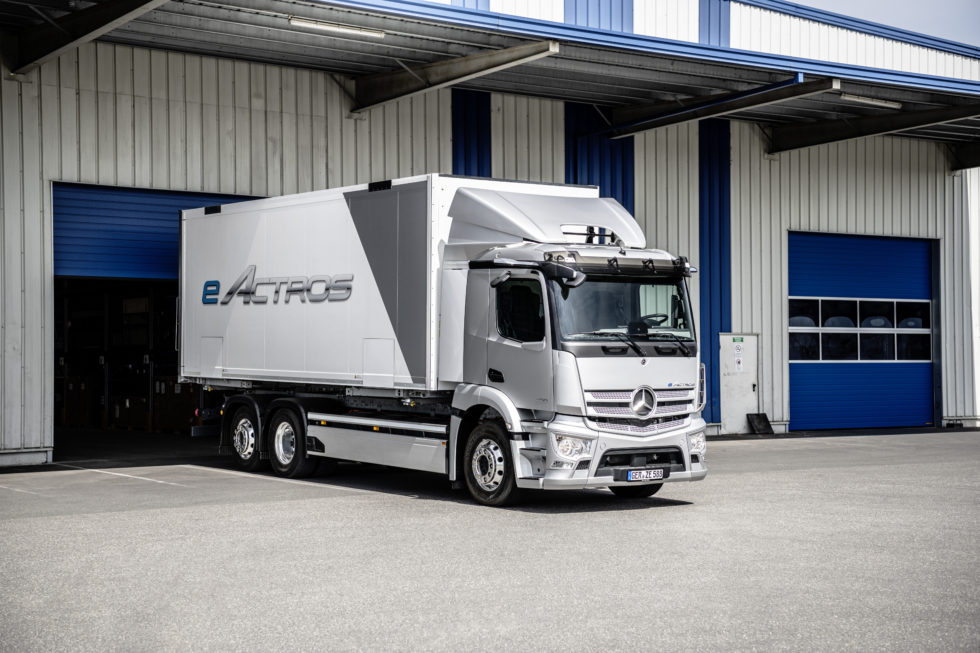 In the future, Daimler-Truck will operate as an independent company.

Combustion engine only in niches

The Daimler truck boss does not see the complete end for the combustion engine. In niches he will surely continue to live for a long time. In Europe, the last diesel truck will be built after him between 2030 and 2040. Daum does not consider a more specific end date to be expedient. In construction vehicles or street sweepers, for example, there is often no space for a large battery. According to this model, combustion engines could therefore have a future as special vehicles.

Daimler gigafactory in Saxony-Anhalt? Battle for location for battery factory

“In 2030 we want to sell more electric trucks in Europe than non-electric ones,” said board member Karin Rådström.

The transition should succeed with battery-electric and hydrogen-powered commercial vehicles. But “there is still a lot to be done,” said Rådström. The infrastructure is an important factor, as is “reliable legal framework conditions”.

For alternative drives, Daimler Truck not only relies on battery systems, but also on fuel cell electric vehicles powered by hydrogen. The company’s manager cites the lack of shop infrastructure as the reason. A truck charging infrastructure must be even more powerful than charging stations for electric cars. The technical implementation at motorway service stations – as it is today – is hardly imaginable.

“That is why we are also in favor of fuel cells that run on hydrogen. But this in turn has to be green, that is, it has to be produced from renewable electricity, ”says Daum.

Fuel cell trucks from Daimler Truck are to be manufactured in larger numbers from the second half of the decade. To do this, Daimler is cooperating with Shell. A tank infrastructure is to be worked on together. Long-distance ranges are important. 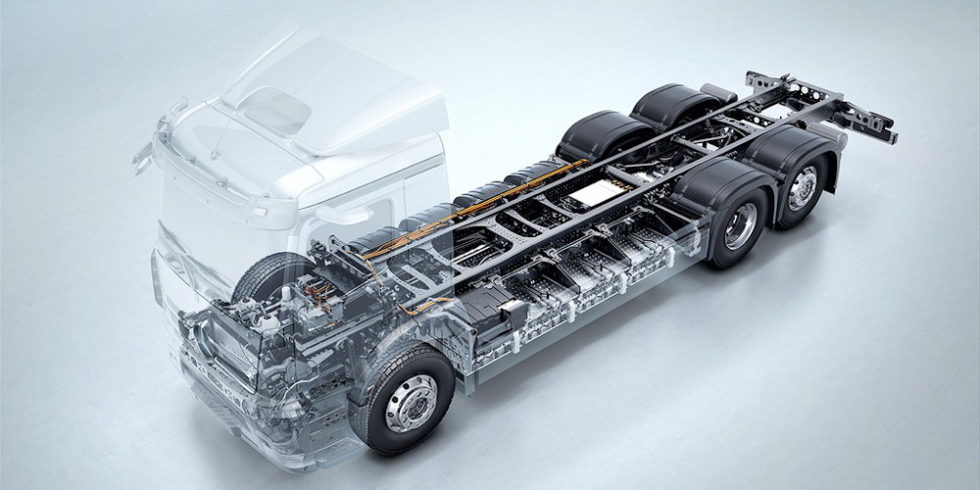 The company sees the electrified truck as the most important product for the future.

In the case of fuel cells, three quarters of the energy used is currently lost through conversion. According to Daum, this is “but not the point”. Green energy must be stored and also imported from abroad. There are initial research projects in Australia, for example. After hydrocarbons, hydrogen is by far the best storage medium.

Maike Schmidt, head of the system analysis department at the Center for Solar Energy and Hydrogen Research Baden-Württemberg (ZSW), reports on how green hydrogen can get from Australia to Germany in the podcast “Technik auf Ohr”. She herself was on a research trip in Australia.

What is a fuel cell propulsion system?

In this drive system, a fuel cell car uses hydrogen. Water vapor is produced as exhaust gas. A fuel cell is installed in hydrogen-powered vehicles to provide the drive. Their “fuel” is gaseous hydrogen. This reacts with oxygen in a chemical process. The energy stored in the hydrogen is released as electricity, which then drives an electric motor.

These electric models should make Daimler a leader

Daimler Truck: Crisis due to bottlenecks in the supply of semiconductor components

The ambitious plans of Daimler Truck are clouded by bottlenecks in the supply of important semiconductor components. Production in Germany and the United States is affected. The order situation is very good, but important components are missing. That is why Daimler produced masses of trucks on dump. “The sudden worsening of the supply situation in the summer months could have a significant impact on sales in the third quarter,” said CEO Martin Daum.

By 2030, Daimler Truck could already achieve a share of “40, 50 or 60 percent” of CO2-neutral battery or hydrogen fuel cell trucks in its sales in the EU. A few years’ time will tell what the end result will be.

In order to achieve the goals of climate neutrality, the group is relying on two technologies: Up to certain weight classes, battery-electric trucks will replace diesel drives. In long-distance transport, the manufacturer sees hydrogen as the solution. Above all, the flagship Actros is to be operated with it.

“To achieve this, there is no one perfect solution, no silver bullet. With a view to the many different applications of our customers, we are pursuing a dual strategy – we are developing battery-electric and hydrogen-powered trucks, ”says Rådström.

The E-Actros is already being tested by customers and will go into series production from October 2021. Up to four battery modules each with a capacity of 105 kWh can be installed. The range of the E-Actros should be a maximum of 400 kilometers. The “LongHaul” model, a classic tractor unit for long-distance transport, has a range of 500 kilometers. This truck is due to be launched in 2024.

For the Mercedes Group, it is also clear: in 2039 the lights will go out for diesel trucks in Europe.

As a result of the developments, Daimler has scheduled an Extraordinary General Meeting for October 1, 2021. The background is, among other things, the aforementioned separation of the truck division from the group. The independent company is to go public as Daimler Trucks.