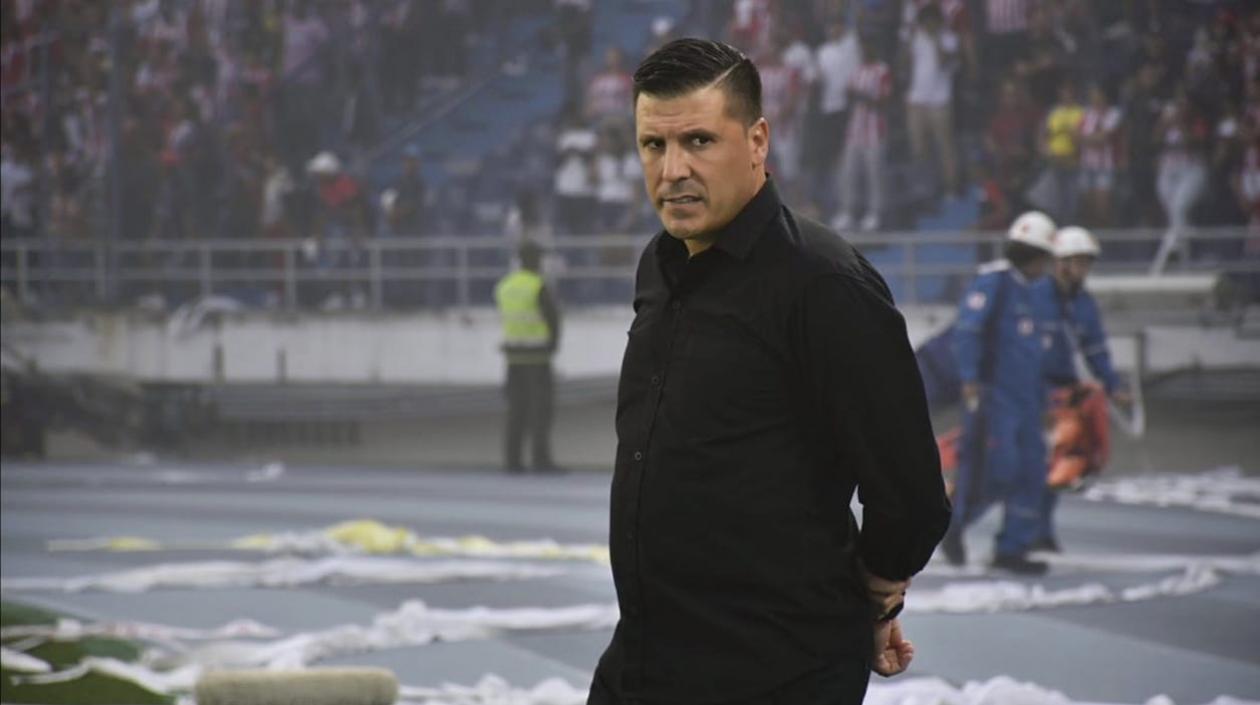 Junior’s Argentine coach, Juan Cruz Real, could not hide his disappointment at the 2-1 defeat against Once Caldas this Sunday night, at the Roberto Meléndez Metropolitan Stadium.

For Cruz Real it was a strange match, where he put everything on his part to win, and things did not work out.

“I think the party, how do I say it? It is difficult to explain. The rival came twice, with stopped balls, and the one we had, which was several, went through the match. This is football, sometimes these matches happen. We wanted to win because there was a spectacular atmosphere in the stadium, sorry for the people. We did a lot to win and we were left with nothing. We weren’t effective, that’s where the game went”, express.

He had dedicated words especially for the fans, to apologize for the result in the midst of such an emotional celebration.

“Regarding the people, we are sorry for all the people who came. We know that today was the club’s birthday, we wanted to win more than ever. It would be different if the team did not run and did not have scoring options. The Once Caldas players played quite withdrawn and that’s fine, it’s the business they came to do. But we attacked with a lot of players and in the second half we came in clearer, but we weren’t effective”. he claimed.

He insisted again that it was not a game that can be explained by something other than an isolated play.

“If we are going to base ourselves on the final result… there are things that happen in football, like what happened today. A still ball that deflected into someone and that’s it. If you have to look for a culprit, it’s me, but this is a bitter pill that from my point of view is not explainable “, sentenced.

Finally, he added that now we have to think about the next duel against Deportivo Independiente Medellín and then recover this in away games.

“We have to keep working, first think about the next home game, and then go out and get these points away from home. Today it was important to be among the first three, there are six dates, 30% of the league, there is a long way to go “hill.

Toxic subscriptions of Tinkoff and Yandex, an example of the wrong business

for the gay community of New York, a feeling of deja vu