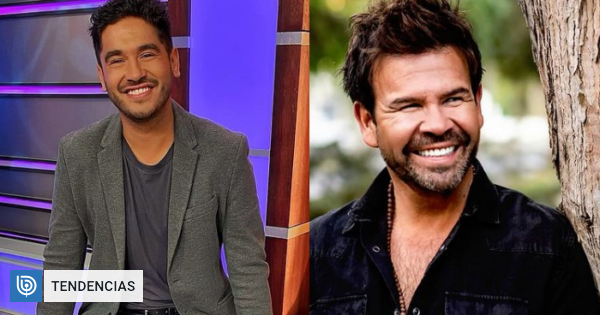 Gino Costa recently spoke about her relationship with Ignacio Gutierrez while they both worked together on the Good morning to everybody.

Let us remember that after the departure of the morning host last November, rumors began to circulate that suggested that Gutiérrez had a bad relationship with some panelists.

It was like this in the program Star Zone from Zona Latina, Costa was asked whether he had actually had problems with Gutiérrez, what the aforementioned ruled out.

“It was quite a rumor,” Costa began by pointing out. “Even I would come to the morning and say ‘hey, Nacho, yesterday they talked about this and this.’ And I, personally, never had or had a fight with him “he added.

Although he acknowledged that they were not friends, he denied that there had been “bad vibes” between them.

“I did my fault. And of course, at one point, what we just mentioned, the Dichato Festival itself, which I encouraged and many said ‘And why not Nacho Gutiérrez, if he is the host of Good Morning and Gino a panelist?’ “, he mentioned.

“Now, if Nacho had a problem with me, I have no idea. At least with me it was always good vibes “, he emphasized.

Let’s remember that Costa he officially said goodbye last Friday to Good Morning Everyone to dedicate himself to his new project in the public signal, his “dream”.

Is about Chile Connected, a program that has been on the channel for 13 years and that, since its premiere on June 5, has been in charge of the communicator.