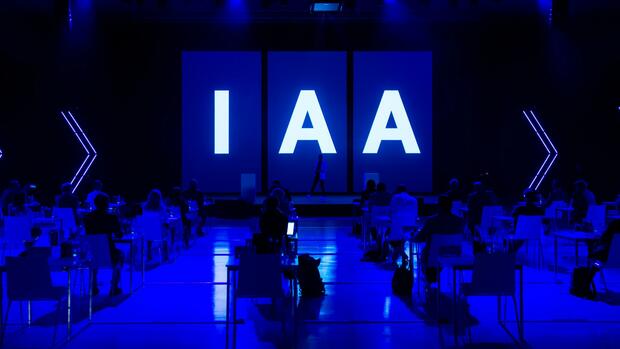 A new IAA for Munich

In the summer, the Association of the Automotive Industry (VDA) presented the first ideas for a new IAA concept. The concrete preparations have now started. Only Corona still has to play.

Düsseldorf The change of location from Frankfurt to Munich is intended to symbolize the new beginning: In ten months, Bavaria’s largest city will host a new type of auto show for the first time. Preparations have started at the organizer, the Association of the Automotive Industry (VDA), and the rental of the exhibition space has started.

“We will present a completely new platform that stands for the change in the automotive industry,” says VDA Managing Director Jürgen Mindel in an interview with Handelsblatt. It is no longer about simply presenting cars at an exhibition center.

With the new “IAA Mobility” mobility with all its facets should be represented. According to Mindel, the earlier Frankfurt exhibition concept is history. The VDA no longer describes the new event itself as a trade fair, but as a platform.

The complicated old name “International Motor Show” is also a thing of the past. The newly selected English brand “IAA Mobility” is intended to give the Munich event a higher level of awareness, especially in an international environment.

The IAA in Frankfurt suffered from a withdrawal of exhibitors, especially from abroad. The new event in Munich is also attracting interest from car manufacturers who have turned their backs on the old fair. A good year ago, for example, the French manufacturer was at the last Frankfurt IAA Renault stayed away.

Shorter and less focused on cars

“We took a very close look at the new concept,” says a spokesman for the VDIK importers’ association. Each individual company will then decide for itself in the near future whether it actually wants to take part in the “IAA Mobility” in the coming year.

The big German automobile groups will definitely be there in Munich. Daimler, Volkswagen, BMW & Co. are the most important member companies of the VDA and support the new event accordingly.

There was already agreement in advance that the new IAA should be shorter. The first week of September 2021 is now planned for the new type of auto show. In Frankfurt the event lasted almost twice as long. “We’re all excited about the new concept,” says Ford Germany, for example.

The new “IAA Mobility” is also the industry’s reaction to a worldwide phenomenon: the classic auto show has more and more problems with getting enough visitors.

Fair in the city center

The number of visitors had not only decreased in Frankfurt in recent years, but also at other important exhibition centers such as Paris and Detroit. The organizers there are also trying to increase the popularity again with comprehensive mobility concepts.

For the new “IAA Mobility”, the VDA worked with Messe München to design a three-part event concept. At the exhibition center in the east of the city, the focus is clearly on business customers. The VDA speaks of a “B2B Summit”. According to the new concept, car manufacturers and suppliers should no longer be among themselves. The organizers also want to ensure that new mobility companies are represented at the fair.

As in Frankfurt, an “IAA Conference” is also planned. But it will be “bigger and more international”, announces VDA managing director Mindel. The conference is also intended to strengthen and expand the social dialogue on the subject of mobility.

The so-called “Open Space” area in the city center will be completely new to the Munich event concept. The exhibitors should be able to present their products at the most important places in the city – in this respect, the consumer area of ​​an earlier IAA will be relocated from the exhibition center to the city.

“All areas there are freely accessible,” says Tobias Gröber, who is responsible for events in the consumer sector at Messe München. No entry is required in downtown Munich. This idea of ​​the open fair originally came from the Milan Furniture Fair.

Digital formats as an alternative

Finally, there will be a third area for the Munich “IAA Mobility”, the so-called “Blue Lane”. This is a ten-kilometer test route between the city center and the exhibition center reserved for IAA visitors. On the “Blue Lane”, visitors to the fair can try out different transport options, and not just cars. “You can also use the subway and bike, i.e. all modes of transport,” explains Exhibition Manager Gröber.

Jürgen Mindel is confident that the new VDA concept will work. More than 90 percent of the space in the “Open Space” is already reserved. “That is a very gratifying figure. The bookings for the Summit are also well above our expectations, ”he adds.

VDA and Messe München are working together on the plans for the new IAA. But it is clear to the organizers that a continued corona pandemic can seriously disrupt the entire concept. “We assume that the situation will be better next September,” hopes association manager Mindel, but emphasizes that he is prepared for various scenarios.

Digital event formats are therefore already in preparation. Exhibition manager Gröber believes that even after the pandemic has subsided, digital formats will likely be standard at larger events such as a car show. “A mixture of digital and face-to-face programs will be normal in the future.”

Messe München has vigorously expanded its digital know-how over the past few months and will also incorporate this into the planning of “IAA Mobility”.

The Association of the Automotive Industry has always been the sole organizer of the IAA in Frankfurt. For the new format in the Bavarian capital, Messe München is joining as an additional organizer. “The cooperation with the fair is a godsend,” says VDA managing director Mindel. She supports the organization in times of Corona with her international and digital experiences.

On the other hand, the “IAA Mobility” could also be the first auto show with a new concept that can go on fairly unhindered if the infection rate subsides in the course of the coming year. The Geneva Motor Show originally scheduled for the beginning of March, an important competitor to the IAA, has already been canceled.

In any case, the VDA and Münchener Messe can count on political support. Bavaria’s Prime Minister Markus Söder spoke of a “fascinating concept” at the Handelsblatt Auto Summit last week. The fact that the IAA is coming to Munich is a sign of confidence in Bavarian politics.

More: Trade fair, conference, happening – this is how the IAA in Munich should look.