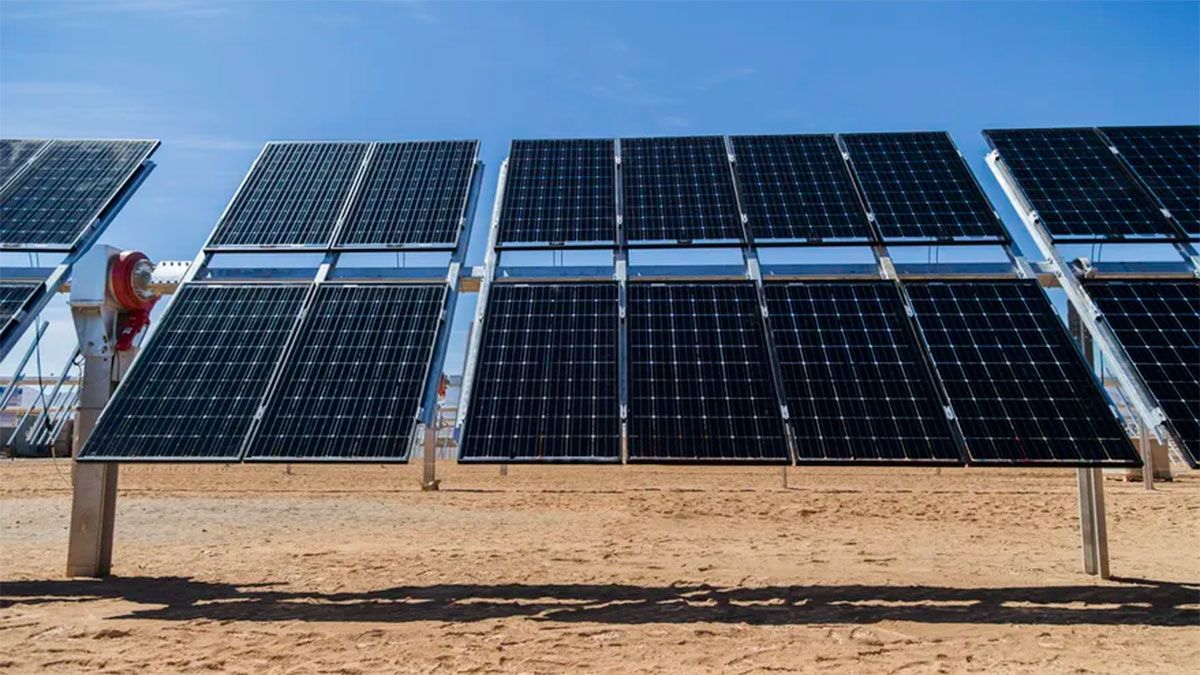 The Ukraine crisis has again put German energy policy in the spotlight. The country gets 55% of its gas imports from Russia. This dependence is due to the fact that, between the closing of the last nuclear plants and the slow expansion of renewable energies, gas is the way to fill the gap.

By Eleonora Urrutia, in the newspaper La Nación

With the conflict sparked by Putin’s invasion of Ukraine, politicians and business leaders are calling for the government to urgently find ways to diversify its energy mix.. Last Monday, the German industry association BDI issued an unusually scathing warning that a further rise in energy and gas prices “threatens to crush the economy”.

“The situation is so serious that even medium-sized companies from various sectors, faithful to their location, are having to consider moving abroad”, he pointed.

Germany’s energiewende, ie the country’s move away from nuclear and fossil fuels towards renewable energy, is seen as an example to the rest of the world. But it is failing the poor, protecting neither energy security nor the climate. Those who believe that this policy is a great bet to develop the energy of the future, forget that most of the money has been spent on the purchase of inefficient green technology and not on future technology research.

Fossil fuels still provide the vast majority of energy. The European Union places climate at the top of its agenda. However, more than 80% of its primary energy needs are met by fossil fuels, according to the International Energy Agency. Solar and wind energy contribute only about 3% of Europe’s total energy.

The transition from fossil fuels to green energy is expensive. Also, as Europe is learning, relying on unreliable sources like wind leaves homes vulnerable: Wind speeds were unusually low during 2021, causing much of Europe’s current energy problem. When the sun doesn’t shine or the wind doesn’t blow, prices go up quickly and you have to turn to fossil fuels for backup. But keeping plants only in reserve is very expensive. Inadequate and expensive batteries, on the other hand, easily quadruple the cost of solar electricity and don’t provide much power. In 2021, Europe only had the battery capacity to support less than a minute and a half of its average electricity use. By 2030, with ten times the stock of batteries and a little more usage needed, they will have enough for twelve minutes.

As countries move toward “zero carbon” emissions, the goal backed by President Joe Biden, the European Union and many others, the costs will rise again. Bank of America has estimated that achieving zero emissions will cost $150 trillion over 30 years, almost double the combined annual GDP of all the countries on Earth. The $5 trillion annual cost is more than all the world’s governments and households spend each year on education.

Still, this estimate is based on the fanciful assumption that costs are spread efficiently, with big emitters China and India cutting back. But India will only keep moving toward net zero if the rest of the world pays it $1 trillion by 2030, which it won’t. And China has already said that it will not do so until it reaches a certain level of growth. So most of the cuts are likely to only happen in rich countries, which is a negligible decrease in global emissions. In addition, energy policy will drive inflation. Bank of America estimates that it will lead to an additional 3% of “green inflation”. This will reduce growth dramatically. In a new study, McKinsey finds that most of Africa’s poorest nations would have to pay more than 10% of their total national income each year for climate policy. This is more than these nations spend together on education and health, which is not only implausible but also immoral on a continent where almost 500 million people still live in abject poverty.

Most people agree that climate change is a priority, but polls show few people are willing to spend more than a few hundred dollars a year on climate policy. Asking them to spend tens or hundreds of times more is a recipe for failure. And that is why politicians hide this reality.

To prevent the data from being known is that speaking against the costs and errors of green policies is proscribed, except when problems such as those in Germany at the moment arise. Climate change activists present their dogma of faith as if there is no doubt about the existence of an imminent man-made climate tragedy. Only fanaticism can explain the recent comment by John Kerry, Obama’s former secretary of state and Biden’s current climate czar, in the face of the grave events in Ukraine, that what he most feared from them is that they would divert attention from “fighting the climate change” and that “hopefully Putin collaborates so that this does not happen”.

The reality is that the issue is much more complex than it is intended to be presented. Just to give an example, the causal connection between CO2 and global warming seems to be an irrefutable dogma and, however, the historical data of thousands of years obtained in explorations in Antarctica do not show evidence of such a connection in the magnitudes that are claimed. . The concentrations of the gases responsible for the greenhouse effect have increased by 50% in the last 150 years without any associated warming, and historical data from geological periods show very high concentrations of CO2 without appreciable effects on the climate and glaciations with high levels of CO2. Furthermore, climate fluctuations turn out to be greater in times of low CO2 levels, and high CO2 levels can promote climate stability and avoid drastic and dangerous changes.

This is not an argument for doing nothing. But to make the transition from fossil fuels, research and development must be increased to innovate and reduce the price of green energy. In addition, investment should be made in all options, including fusion, fission, storage, biofuel and new sources that we cannot even imagine today. Only when green energy is cheaper than fossil fuels will the world be able and willing to make the transition. Otherwise, today’s energy prices are just a taste of things to come.

The Southwest of the United States suffers the worst drought in 1,200 years