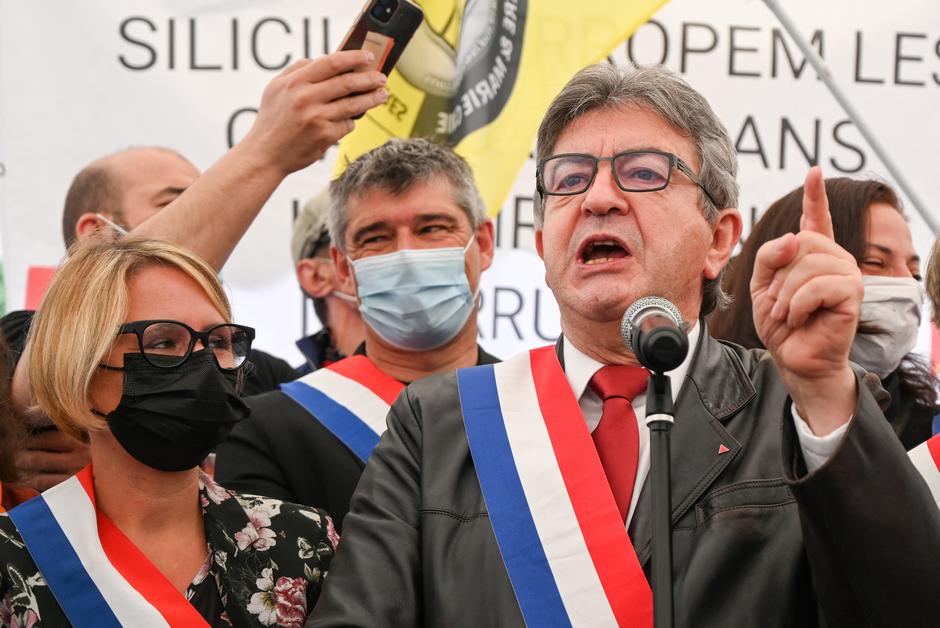 Guest of the show Political questions, Jean-Luc Mélenchon drew criticism from the entire political class by evoking the shenanigans of the “system” and ensuring that “serious accident” would be sure to happen just before the presidential election. For this German newspaper, the episode constitutes further proof of the progress of the conspiracy in times of Covid-19.

Good client of television sets, admired speaker, feared attacker of his political opponents: Jean-Luc Mélenchon, we already knew all that. But now it is also done “The echo of conspiracy theories”, tell the Stuttgart newspaper. Because the declarations of the boss of La France insoumise (LFI) in the show Political questions on France Inter, Sunday June 6, react to this daily from across the Rhine.

Just after affirming that, if Emmanuel Macron did not stand for re-election in 2022, “the system” would not fail to find another candidate “sort [i] You’re welcome”, Jean-Luc Mélenchon added:

Just as you will see that in the last week of the presidential campaign we will have a serious incident or murder. ”

In this regard, the leader of LFI then cited three precedents: the assault on a retiree (papy Voise) in April 2002, the killings of Mohammed Merah in March 2012, as well as the death of Xavier Jugelé, a policeman murdered on the Champs-Élysées just before the first round of the 2017 presidential election. His remarks immediately sparked an uproar in the political class.

With these words, and without any tangible proof, Jean-Luc Mélenchon suggested that attacks of this type could aim to torpedo his candidacy, explains the daily. “Such outings are proof of a certain megalomania, but in recent months, in France too, all kinds of conspiracy theories have been on the rise.” The culprit, according to the German regional daily: the Covid-19 pandemic. Among all its ills, it has also provided an extremely fertile ground for conspiracies of all kinds among the populations.

However, note the Stuttgarter Zeitung, unlike their political class and other nations – the Germans in this case -, “The French react with astonishing indifference” to this kind of outings. An observation that the journalist explains by the fact that the French, in general, do not place much hope in their political class:

The reason could be that people no longer have any illusions about their politicians who in recent years have been involved in far too many scandals. Many French people see the representatives of the people as members of a haughty political caste. ”

The quality newspaper for southwestern Germany (Land Baden-Württemberg), with a center-right trend. A very functional site, offering articles in the paper version (available for fourteen days) and