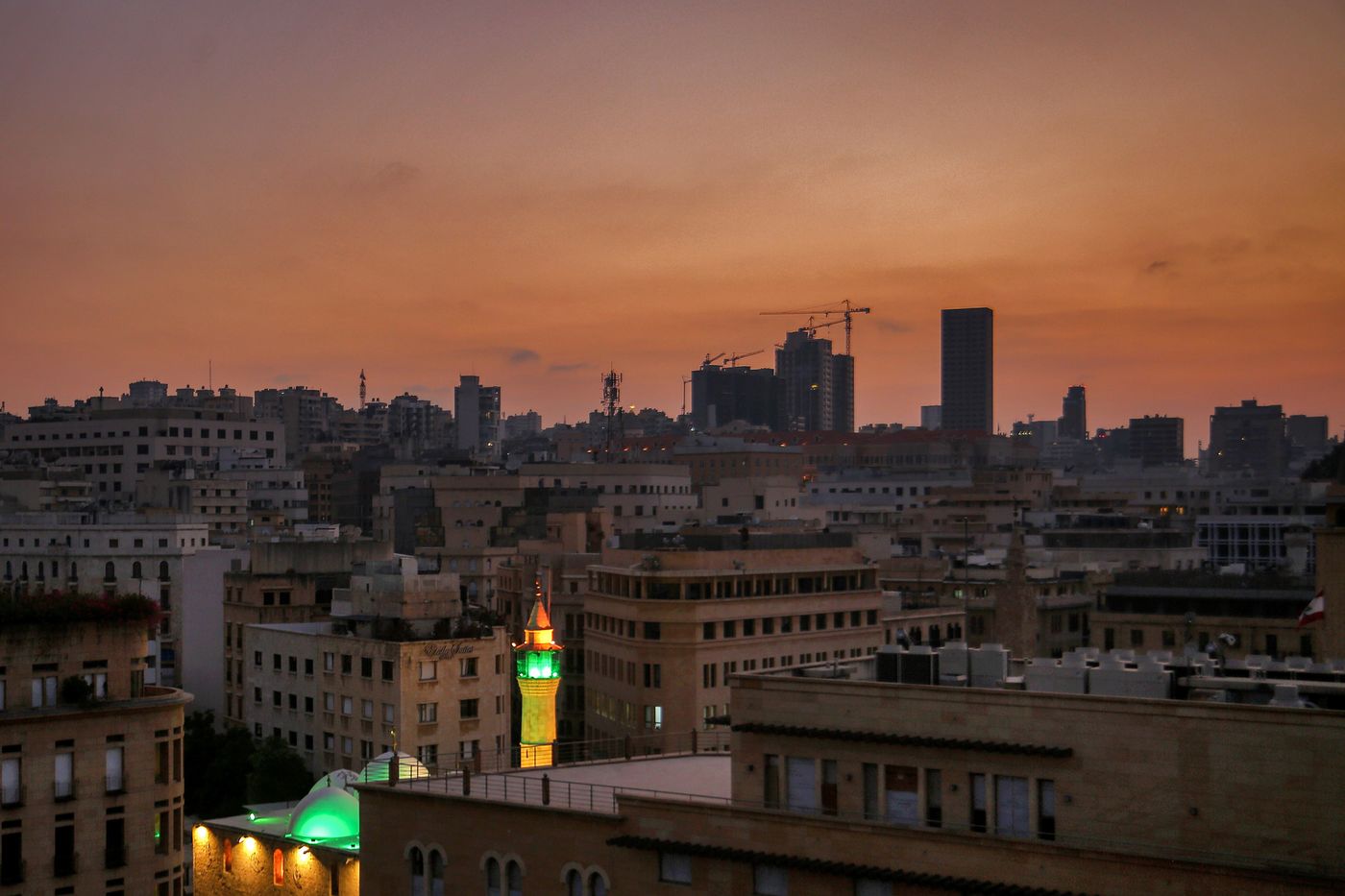 For several months now, Hanane has been limiting her trips at night to a minimum. In question, the deep darkness in which Beirut is plunged, from sunset. “I almost had an accident the other night because of a big hole in the middle of the road that I hadn’t seen because of the darkness”, tells this dynamic fiftieth birthday. “I don’t feel safe anymore, it looks like a dead city. “

In Beirut, as in the rest of Lebanon, only a few rare apartments with windows lit thanks to district generators still give a semblance of life, while public electricity is almost non-existent, barely providing one to two hours of daily current. The traffic lights and lampposts have barely been working for months, pushing the few motorists to walk in step, all headlights on.

On Saturday, October 9, the Lebanese suffered their second blackout in less than a month, the two largest plants operated by Electricité du Liban having been shut down “Due to the exhaustion of its diesel reserves”, despite warnings launched by the public office since September 23 warning of a real risk of“Total collapse of the network”.

Sunday afternoon, the situation was partially restored thanks to a donation of 6 million liters of diesel from Lebanese army stocks and the unloading of an oil tanker. But this reprieve does not change much in the daily life of the Lebanese.

In her apartment in the eastern suburbs of Beirut, Cynthia Maroun juggles the eight hours of daily electricity dearly obtained thanks to her subscription to the neighborhood generator. “I had to reorganize all my days according to electricity. As soon as she arrives, I rush to start the washing machine or do the ironing, while plugging in the rechargeable lamps so that my children can do their homework ”, she explains.

In the kitchen, his refrigerator no longer contains fragile food. “I buy from day to day and cook straight away to avoid the problems associated with breaking the cold chain. “ Cynthia no longer relies on public electricity. Last month, she had to invest in voltage stabilizers to protect her household appliances after her microwave died from untimely blackouts.

→ READ. Lebanon faces danger of food infections due to shortages

Thérèse (1) canceled her generator subscription two months ago. Having no regular resources, this 65-year-old retiree can no longer pay an invoice which continues to swell under the combined effect of the lifting of subsidies lavished by the Bank of Lebanon on fuels since the fall 2019 and the global rise in oil prices. “I have a supply of candles for the evening, a small lamp for the day and my grocer allows me to recharge my phone in his shop. But I already dread the long winter nights. “

The electricity shortage, which plagues the daily life of the population and paralyzes economic activity, seems to be set to last. The only light of hope is the prospect, by early 2022, of a possible realization of quadripartite contacts for the delivery of Egyptian gas and Jordanian electricity, via Jordan and Syria, under the aegis of the United States. United, which would produce 700 megawatts.

→ ANALYSIS. Lebanon torn between Iran and the United States for its energy supply

Iran has said it is ready to build, within 18 months, two power plants with a capacity of 1000 megawatts in the capital and in the south of the country. On condition, of course, that Lebanon officially requests it. Suffice to say that the dreams of the Lebanese to have 24-hour access to electricity are not close to being fulfilled.

In Lebanon, the electricity sector is centralized with the quasi-monopoly of Electricité du Liban (EDL), a public establishment under the supervision of the Ministry of Energy and Water.

This sector accumulates poor technical and financial performance, to the point that EDL is the second position in the public debt.

Generators have become essential for the supply of electricity. In 2019, they fed 84% of households during rationing hours. This sector represents 13,200 jobs, 7,000 owners and an informal market of 1.7 billion euros per year.