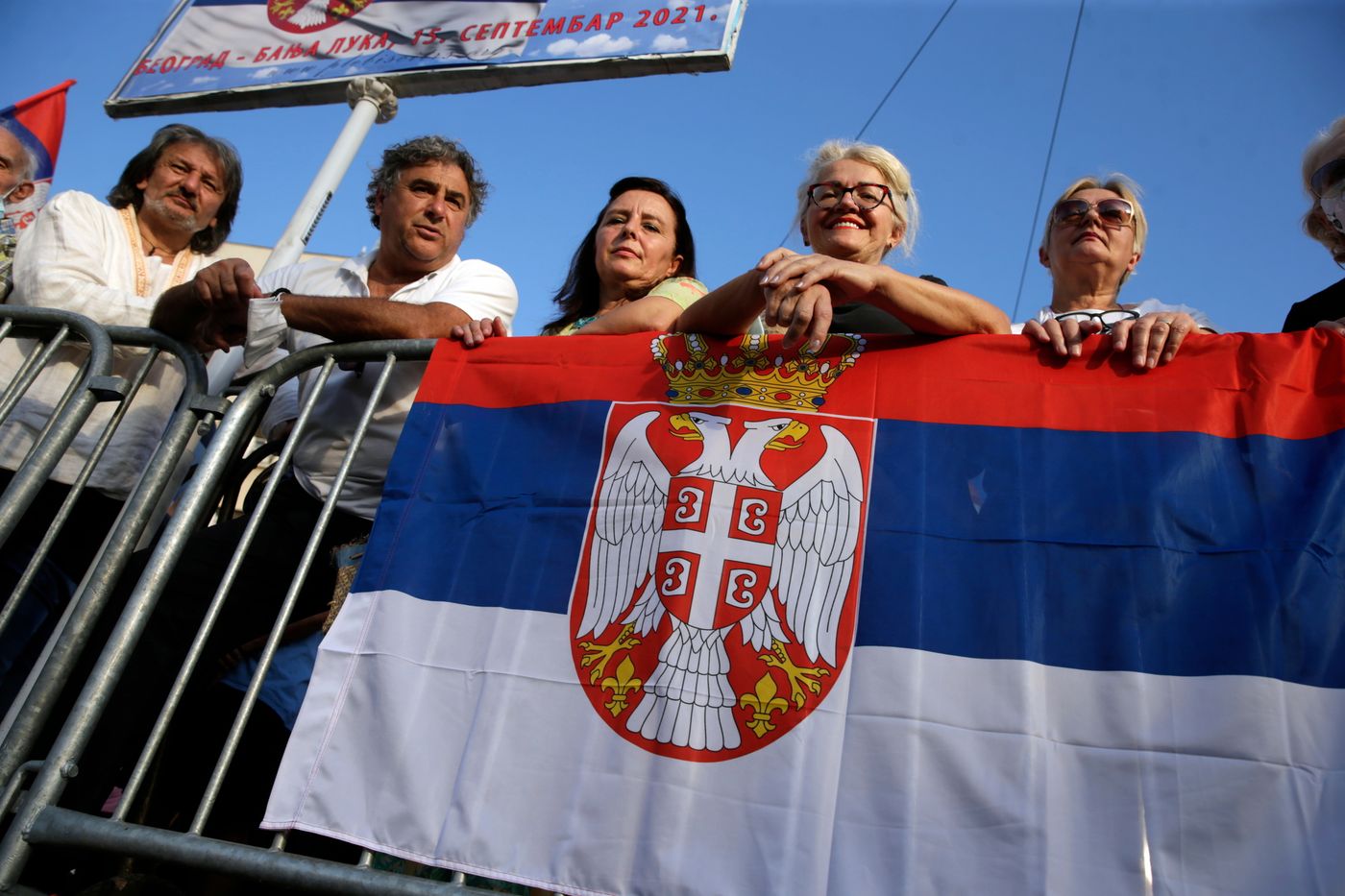 The Latin alphabet is experiencing its last hours in institutions in Serbia and in Republika Srpska, the Serbian entity of Bosnia and Herzegovina. The parliaments of Belgrade and Banja Luka on Wednesday 15 September approved a law on the use of the Serbian language in public space on the occasion of the Day of Serbian Unity, Freedom and the National Flag , a holiday celebrated since 2020. From now on, Cyrillic, considered as a fundamental element of national identity, must be the only alphabet used by public authorities.

The new legislation imposes the use of this alphabet on all public institutions and enterprises (including the media), as well as on cultural events financed or co-financed by the State. In order to encourage private companies to communicate in Cyrillic, the law provides for tax incentives. As for the offenders, they will be liable to fines. Finally, a Council for the Serbian language will be formed.

“A law that discriminates and divides its citizens”

Strongly wanted by the Serbian Head of State Aleksandar Vučić and by Milorad Dodik, the Serbian member of the Bosnian Presidency, the law was adopted simultaneously in Serbia and in the Republika Srpska: a symbolic synchrony to highlight the unity of the people Serbian. “A historic day”, ignited Milorad Dodik. However, in Republika Srpska, where Croats and Bosnians also live, the law risks clashing with the Constitution, which ensures equality between the Latin and Cyrillic alphabets throughout Bosnian territory.

In Serbia, the adoption of the text was not without disapproval. On the eve of the vote, the Helsinki Committee for Human Rights in Belgrade called on MPs to vote against the executive’s proposal. “Serbia does not need a law that discriminates and divides its citizens by expelling the Latin alphabet from public space”, believes the committee, which denounces the exploitation of the Cyrillic alphabet by the government “As a political rather than a cultural issue”.

“There is a tendency among Balkan nationalists to exacerbate language differences”, analysis Boban Arsenijević, professor of Slavic linguistics at the University of Graz. “We see it in Croatia when a new word is invented so as not to use an equivalent considered ‘too Serbian’, or in Montenegro when the president claims that Montenegrin and Serbian are two languages ​​as different as Montenegrin and French. Today, Cyrillic is used in this sense ”, deplores the linguist.

This manipulation is, according to him, regrettable, the Serbian language having the specificity of using two alphabets. “Marginalizing Latin is like shooting yourself in the foot. We will be different from the others because we will limp ”, continues the professor.

Culture Minister Maja Gojković was reassuring during the parliamentary debate in Belgrade, saying that the new law does not endanger anyone who speaks another language or writes in Latin. But, she added, this law marks an important step “In the development of linguistic culture” and confirm “The unbreakable bonds” between Serbia and Republika Srpska.