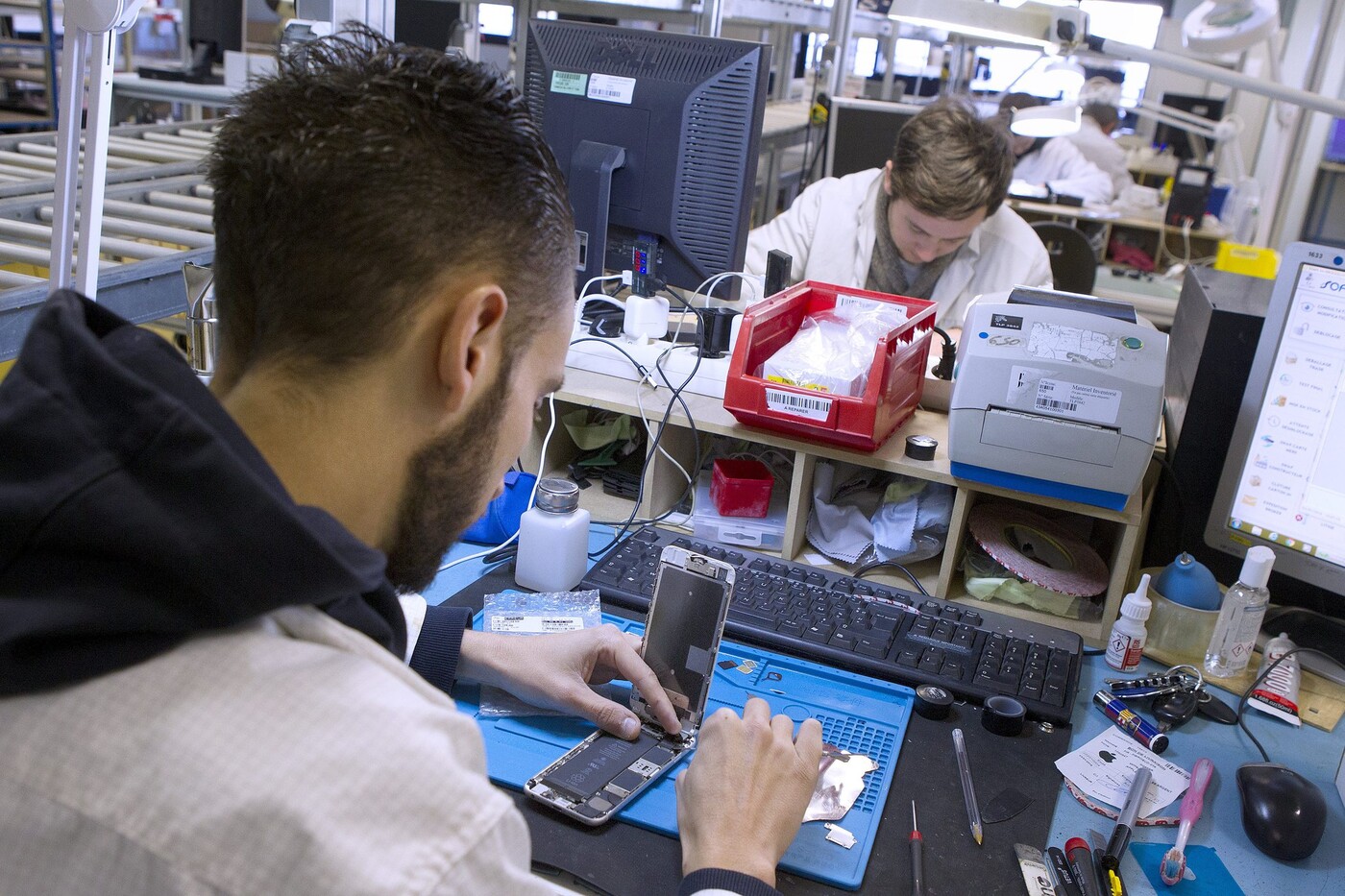 In recent weeks, ecology and culture have been opposed in “A totally lunar debate”, laments Vincent Thiébaut, LREM deputy for Bas-Rhin. The bill “Aimed at reducing the environmental footprint of digital technology”, of which he is the rapporteur, is examined Thursday, June 10 at the national assembly. It plans to exempt manufacturers and resellers of refurbished smartphones and tablets from “private copying remuneration”, in order to encourage this emerging sector, which is considered virtuous for the environment because it is in line with the “circular economy”.

→ READ. 1661 artists call for the defense of “remuneration for private copying”

In a Tribune published in the JDD, on May 29, 1,600 artists including Sandrine Bonnaire and Jean-Louis Aubert, denounced an exemption which “Would further weaken the cultural world, already very affected by the health crisis”. The Minister of Culture Roselyne Bachelot estimated it “ inconceivable ». « I am very angry that we want to question the law which is one of the bases of our protection of the rights of authors and artists! “, also tweeted Jack Lang, initiator of “private copying remuneration” when he was Minister of Culture.

Since 1985, manufacturers or importers of any device with storage capacity (USB key, tablet, telephone, CD-ROM, etc.) must pay this royalty. This remunerates artists in order to compensate for the loss of copyright resulting from the copying of works on devices.

The “Copie France” organization, responsible for the collection (273 million euros in 2020), transfers three-quarters of this to around 200,000 authors. Hard hit by the health crisis, the artists in greatest difficulty were able to benefit this year from emergency aid financed by this system.

Until now, the license fee schedule did not distinguish between new and refurbished devices. “Fnac, Apple Store and others have always sold refurbished products and were already paying the royalty”, assures Bruno Boutleux, president of Copie France. But, among the sellers of refurbished products, some companies felt that they did not have to pay.

A lower fee for refurbished devices

Before the passage of the bill to the National Assembly, the independent commission, made up of beneficiaries of the device, representatives of consumers and manufacturers, set a new scale, published on June 6 in the Official Journal. The fee is now 40% lower for these devices, i.e. € 4.80 for a refurbished 8 GB to 16 GB phone, compared to € 8 for the same type of new model.. « Our studies have shown that users copy less on these devices, in particular because their lifespan is shorter ”, explains Bruno Boutleux, president of Copie France.

Refurbished smartphone, how to choose?

For its part, the government, opposed to the exemption, tabled an amendment for a fee “Specific and differentiated” for these devices. “It ratifies what has already been decided by the private copying commission, castigates Eric Bothorel, LREM deputy. The reconditioned products have already been put into circulation. There is an inconsistency in the fact of recapturing the product of a royalty ”, he asserts.

An argument that Bruno Boutleux contests. According to him, the right to private copying is based on use and not on device, “ it is not a question of making double pay: the remuneration concerns each new user because this one must compensate for his right of copy ”.

For the director of Emmaüs Connect, Marie Cohen-Skalli, who fights against the digital divide, “Reconditioning makes it possible to distribute low-end or mid-range devices at a lower cost” to people in difficulty. And to alert: with this additional direct debit, “The economic viability of social and solidarity economy companies (ESS), very active in this field, will be lower, at the risk of reducing the number of reconditioning”.

She therefore requests an exemption “At least for SSE companies”. For Bruno Boutleux, “There are other levers, for example the 5% VAT, to support this emerging sector ”. On the other hand, he insists, “It is not on the back of culture that we are going to finance the ecological transition”.